Are The MEN Gone? 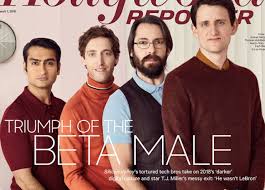 In a culture where greatness is measured not by courage or by strength, but by wokeness and materialism, it's no wonder men are turning into beta males.


We need to talk about the cover of the new issue of The Hollywood Reporter.
The cast of HBO’s “Silicon Valley” stand in a line, hands in one another’s pockets, with a meek expression that says: “You don’t have to worry about me getting you pregnant, because my sperm count is so low! Not that you would sleep with me anyway, because my handshake is so weak it would send you running in the other direction.”
As Courtney Kirchoff notes, there’s not a whole lot of praise for limp-wristed folk outside of the image subtitles. Zach Woods, who plays Jared, says this: “There’s a tender quality to these guys. I’m among my tribe of, like, beta males.”
While the story itself is mostly a meandering interview about the HBO comedy, the fact that a major national publication is printing a story on its cover declaring “The Triumph of the Beta Male” says a lot about how bad things have gotten for men in America. And it’s not just THR that’s declaring regular men as being irrelevant. On Sunday, Jimmy Kimmel declared from the stage at Dolby Theatre at the 90th annual Academy Awards in his opening monologue that the best kind of a man is one without a penis, because he definitely will not rape anyone! While I understand what Kimmel is trying to say, his remark implies that men, who by definition possess a penis, are inherently rapists or sexual predators. That masculinity is toxic, and that men are sex abusers.
Meanwhile, there’s something deeply troubling going on Western countries when it comes to our men. Men account for 77 percent of the nation’s suicides, they more than twice as likely to become alcoholics, they are more likely to die of an overdose than women, and 90 percent of inmates are men. These are just a few of the facts Fox News’s Tucker Carlson referenced on Wednesday night in the first of a new weekly series “Men in America.” You can watch Tucker’s interview with Dr. Jordan Peterson, a college professor who has made for himself by rejecting dogmas of the left, in the clip below.
To the surprise of no one, Carlson got DRAGGED by the usual suspects.
View image on Twitter 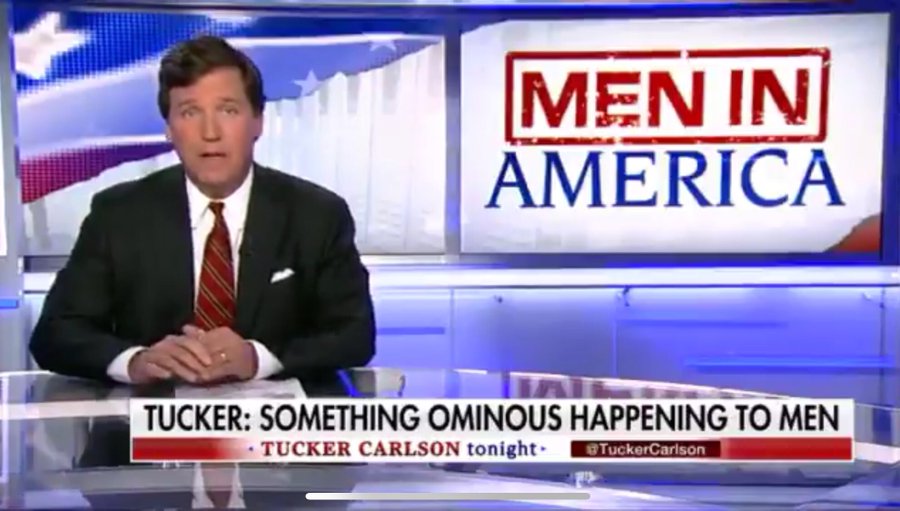 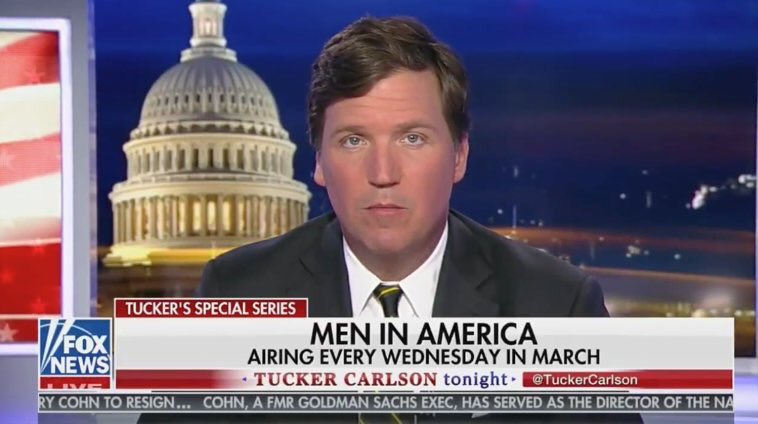 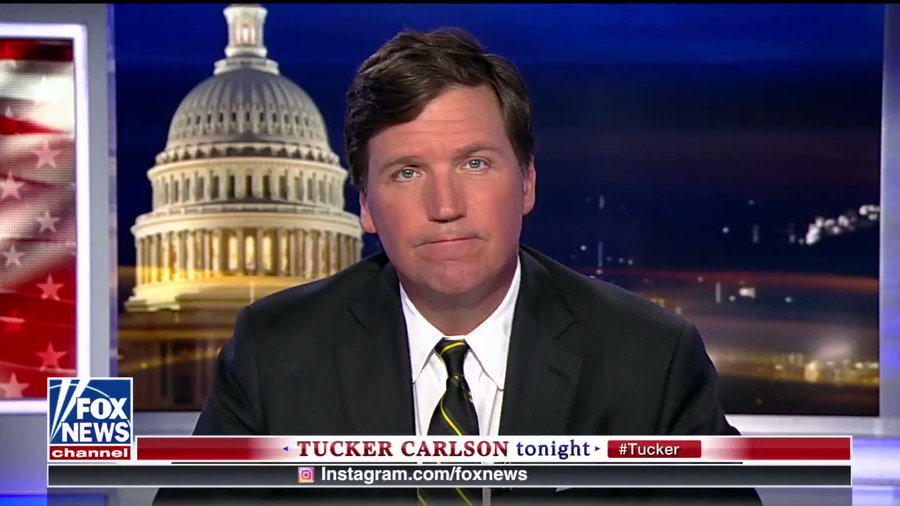 "We hear a lot about female empowerment in this country" 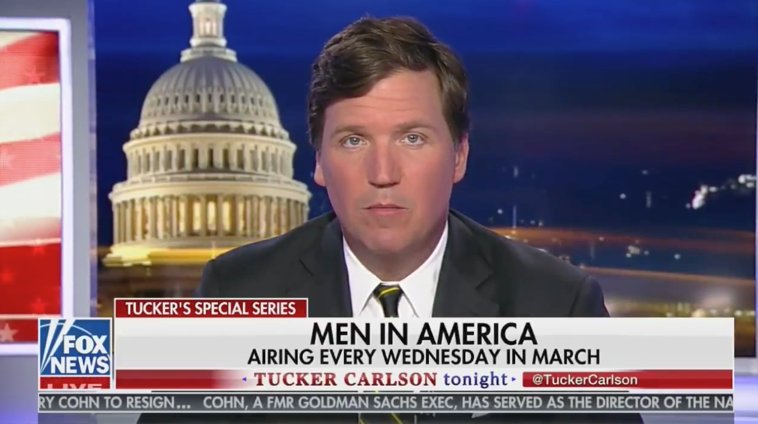 ✔@KFILE
We should put this in a museum to explain this moment in time.

Twitter Ads info and privacy
#SoBrave. Because there’s nothing women like more than self-aggrandizing male feminists whose feminism starts and stops at virtue signaling on the Internet.
Winston Churchill predicted this crisis nearly 100 years ago in his essay “Mass Effects on Modern Life” which I just so happened to have read today for another piece I was writing. In his essay, published in 1925, the great statesman notes that there is no longer room for great men, for heroes, for victors in modern society. What will happen to us when our heroes are no longer titans, but movie stars? He wrote:

Can modern communities do without great men? Can they dispense with hero-worship? Can they provide a larger wisdom, a nobler sentiment, a more vigorous action, by collective processes, than were ever got from the Titans? Can nations remain healthy, can all nations draw together, in a world whose brightest stars are film stars and whose gods are sitting in the gallery? . . . There is a sense of vacancy and of fatuity, of incompleteness. We miss our giants. We are sorry that their age is past. . . .We mourn the towering grandeur which surrounded and cheered our long painful ascent. Ah! If we could only find some new enormous berg rising towards the heavens as high above our plateau as those old mountains down below rose above the plains and marshes!

In a culture where greatness is measured not by courage or by strength, but by wokeness and materialism, it’s no wonder this superficial version of “success” is unappealing. If the best you can be is, as Churchill writes, a film star who sits in a gallery — or in this case, a TV comedy star who declares himself to be a beta-male to all of America — why bother?
While modern feminism and our educational system certainly have contributed to the demise of men, their struggle is emblematic of a larger problem. Our culture has lost sight of the good. That true success is determined not by comfort or the material goods in one’s possession at any given time, but by excellence and by temperance.We need great men (and women) who are venerated for their virtues and their strengths, their commitment to justice and truth — not for the number of Instagram followers they have, or the amount of money in their bank accounts. Men who understand that the purpose of liberty is not to amass a great fortune and play golf on a course with tiny presidential seals on it, but to pursue virtue.
Source>http://thefederalist.com/2018/03/08/the-hollywood-reporter-triumph-of-the-beta-male-cover-is-a-bad-sign/

Posted by theodore miraldi at 12:53 PM