Congress requires the FISA court to maintain a pool of lawyers friendly to civil liberties who are willing to challenge the Justice Department's applications for a spy warrant. But the court almost never uses them. 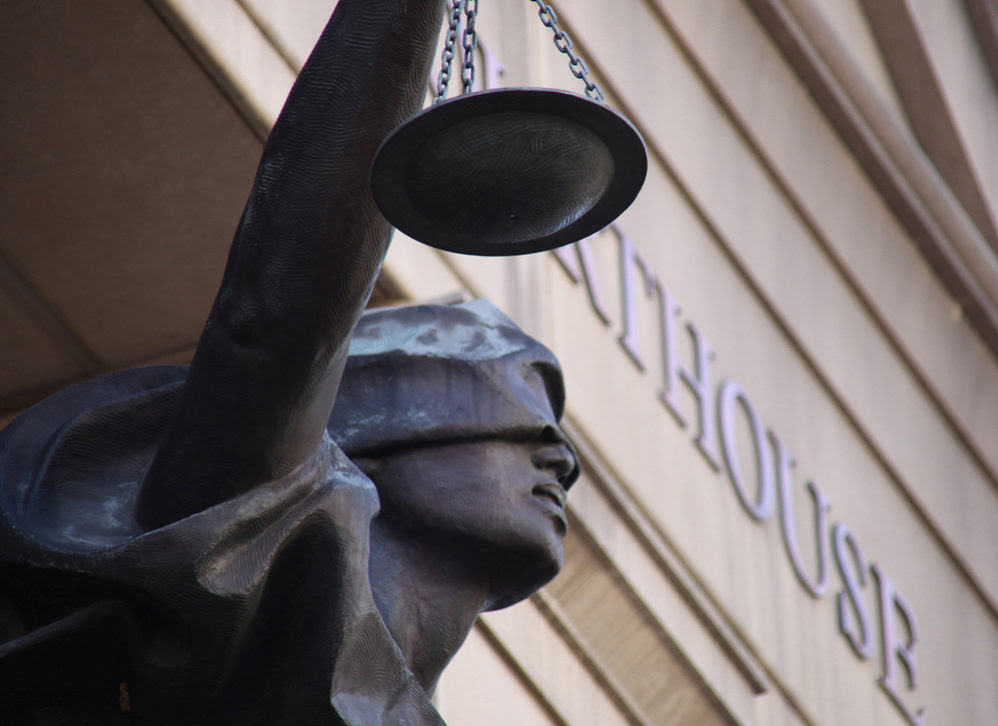 
In June 2015, Congress adopted modest reforms to the Foreign Intelligence Surveillance Act (“FISA”) — the federal statute that allows the Department of Justice to obtain an ex parte order from a secret court to wiretap suspected terrorists and foreign agents, including American citizens. Recognizing the risk of government abuse inherent in such one-sided proceedings, Congress directed the FISA court to create a roster of attorneys willing to appear as amicus curiae, or friend of the court, to challenge the DOJ’s application for a surveillance warrant.
That reform, if properly implemented, could have averted the current scandal surrounding the FISA court order authorizing a wiretap of former Donald Trump campaign volunteer Carter Page — but only if the Obama Administration had also properly disclosed that the Democratic National Committee and the Hillary Clinton Campaign had funded the Steele Dossier.
Let’s break it down: As part of the broader USA Freedom Act, Congress directed the presiding judges of the FISA court to designate as amici curiae at least 5 individuals with expertise in privacy and civil liberties, intelligence collection, or communications technology, who were also qualified to review classified material. For any matter coming before the FISA court that presented “a novel or significant interpretation of the law,” the USA Freedom Act requires the secret court to appoint an amicus curiae to the case. In other circumstances, the FISA court has discretion to decide whether to appoint an amicus curiae.

The amicus curiae, while not serving as an attorney for the FISA target, would assist the court by making “legal arguments that advance the protection of individual privacy and civil liberties,” as well as presenting other legal arguments relevant to the issues before the court.
Although 5 attorneys were named to the roster of available amici curiae, the FISA court has rarely sought their assistance. In 2015, the FISA court appointed amici curiae in only four instances of the approximate 1,000 applications it considered, but in 2016, the FISA court used amicus curiae just one time, while handling more than 1,500 applications. (Statistics for 2017 are not yet available.)
The FISA court’s failure to utilize amici curiae prompted attorney John Cline — one of the first attorneys appointed to serve in that role — to resign his position. In a letter to the court, Cline wrote, “I am concerned that my continued service as amicus might create the impression that I am participating in the court’s work, when in fact I am not.” When asked about the Page matter, Cline told the Washington Examiner, “If I had access to the underlying application, I might have argued that the Steele dossier was unreliable because of its origins, and perhaps for other reasons as well.”
But the unreliable origins of the Steele dossier were but a fraction of the problem. More significantly, as the Grassley-Graham criminal referral makes clear, the unnamed sources’ claims of potential criminal conduct by Carter Page were not corroborated prior to the government seeking the wiretap. Without corroboration to establish the credibility of the unnamed sources, the Steele Dossier could not establish probable cause.
Had the FISA court appointed amicus curiae to assist in its review of the Page case that lawyer could have zealously advocated for the privacy and civil liberties of Page. But instead, the FISA court heard the one-sided (and incomplete) version presented by Obama Administration appointees.

If The Court Did Appoint One In The Carter Page Case, That’s Worse

What if, though, the one amicus curiae the FISA court appointed in 2016 was asked to assist the court in its review of the Page wire-tap application? After all, the statute requires the FISA court to appoint amicus curiae when it faces a “novel interpretation of the law.” One would think that seeking to wiretap a former campaign volunteer of Donald Trump, right before the presidential election, because of his supposed role in a purported conspiracy between the Russians and Trump, would present a novel interpretation of the law.
Still, I find it extremely unlikely that the one case that the FISA court sought guidance from amicus curiae, out of more than 1,500, involved the Carter Page application. But if the FISA court did appoint amicus curiae to assist in the Page case, that is even worse because, according to the Report of the Administrative Office of the U.S. Courts on Activities of the Foreign Intelligence Surveillance Courts for 2016, “The name of the individual appointed to serve as amicus curiae is Marc Zwillinger.”  And Zwillinger was a donor to the Hillary Clinton campaign via Hillary for America.
Further, according to Zwillinger’s webpage, “he appeared before the FISA Court of Review” in 2016. The FISA Court of Review hears appeals brought by the government when its application for a warrant is initially denied, which would indicate that if Zwillinger had participated in the Page case, the original FISA judge would have denied the government’s application for a wiretap warrant.
As I said above, I highly doubt that the one case Zwillinger worked on involved the Carter Page application. It is much more likely that no amicus curiae was involved, which is the problem. But the Obama Administration had no way of knowing whether and whom the FISA court would appoint as amicus curiae. And the FISA court had no way of knowing the connection to the Hillary Clinton Campaign from the application because the Obama Administration obfuscated the source of the Steele dossier, writing in a cryptic footnote:

The Democrats claim this mishmash sufficiently alerted the FISA court to the political bias in play. It didn’t, but beyond that point, without knowing the involvement of the Hillary Clinton campaign and the DNC, the FISA court and amicus curiae — if properly called upon by the court, as Congress intended — would have no way to assess whether an actual conflict of interest existed. Much of the Page FISA fiasco could have been avoided had the FISA court utilized the amicus curiae and had the Obama Administration been forthcoming in the application.
The FISA court has the authority to appoint amicus curiae in every case. Even if that is unnecessary, the judges of the secret court should consider greatly expanding the role of these advocates of privacy and civil liberties or, as former amicus curiae Cline told the Washington Examiner, if the FISA court declines to act, Congress should.
Whether reform of the amicus curiae role comes from the FISA court or Congress, it should entail assurances that apolitical lawyers serve as the friends of the court when the case involves such high-profile partisan cases as that involved in Page warrant. Until now, Congress and the FISA court likely did not anticipate the need to assure the FISA process remained transparently apolitical. After all, since September 11, 2001, the federal government’s use of the FISA court system appeared focused on combatting terrorism. There was no need to consider the potential political bias of the individuals designated by the FISA court to serve in the amicus curiae role when the cases involve international terrorism.
But when the government seeks to wiretap individuals connect to a political opponent, the potential bias of the amicus curiae should be considered. Currently, four of the five designated amici curiae have clear connections to Democrats. Along with Zwillinger, Jonathan G. Cedarbaum, and David Kris all donated to Hillary Clinton, and Cedarbaum and Amy Jeffress served in the Obama Administration: Jeffress served as former “Attorney General Eric Holder’s counselor on national security and international matters,” while Cedarbaum spent “two years in the leadership of the Justice Department’s Office of Legal Counsel, where he ultimately served as Acting Assistant Attorney General in charge of the Office, which provides authoritative legal advice to the White House, the Attorney General, and all executive branch departments and agencies. During his time at OLC, Mr. Cedarbaum handled the cybersecurity and surveillance docket …”
Given the concerns that the FISA process has been politicized, the FISA court should appoint additional amici curiae who do not bear the same potential for bias—and then take advantage of their expertise and advocacy.
Source>http://thefederalist.com/2018/03/15/a-2015-fisa-reform-raises-questions-about-courts-handling-of-carter-page/
Posted by theodore miraldi at 12:43 PM