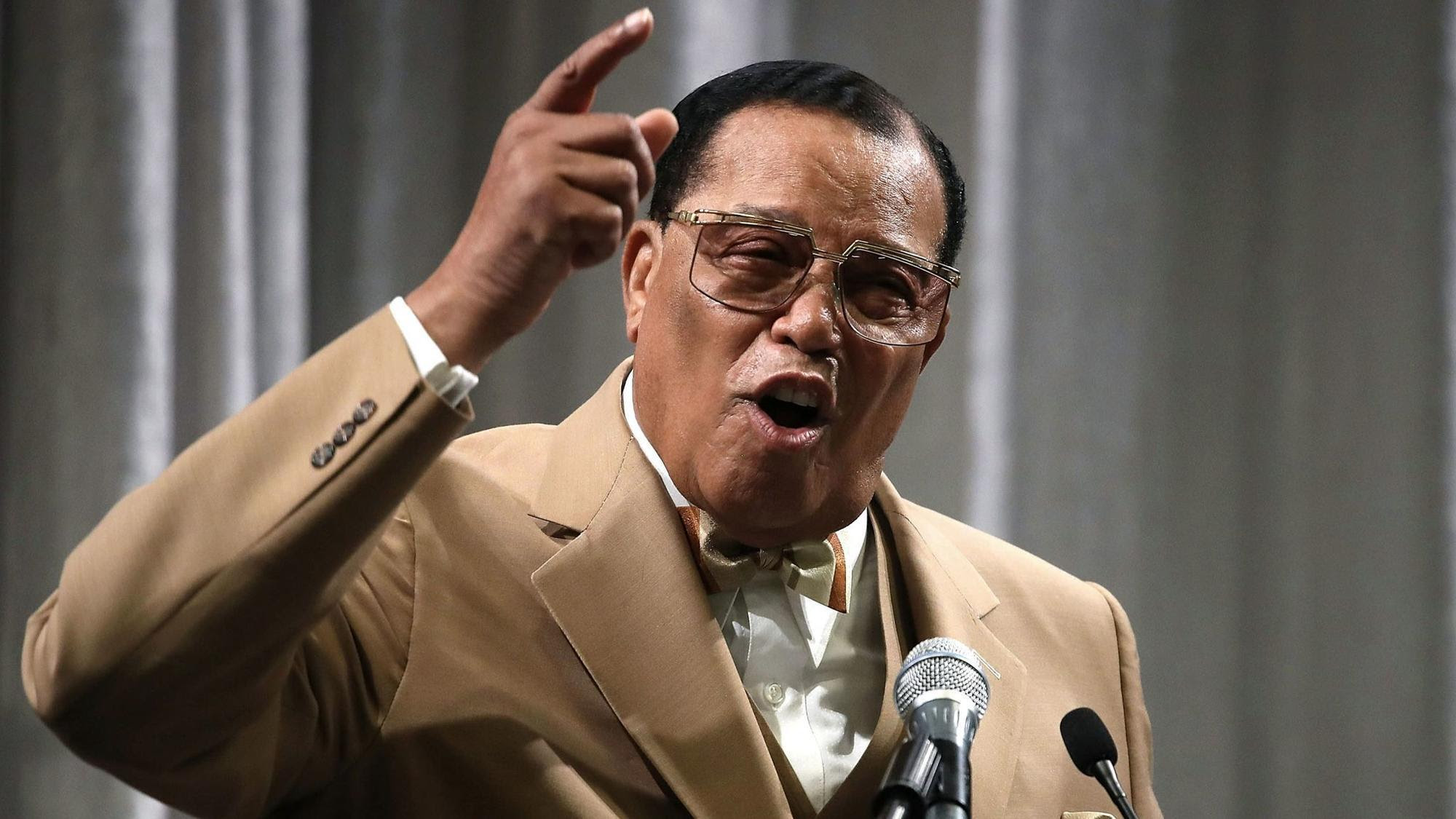 The Nation of Islam is lashing out at three black members of Congress who have denounced its leader, Louis Farrakhan, for making anti-Semitic and anti-white remarks in a recent speech.
In an open letter on the group's website, Representatives Gregory Meeks, Barbara Lee and Danny Davis, who have disavowed Farrakan's anti-Semitic and racist rhetoric, are accused of being sellouts to Farrakhan's critics -- derided as "Satanic Jews" -- and the Nation of Islam leader is compared to Jesus Christ.
“Remember, it was the same Satanic Jews of yesterday that conspired against Jesus and had him killed by the ruling authority of the Roman Empire," the letter reads. "They hated Jesus because he told the truth. Jesus was ridiculed, falsely charged, lied on, evil spoken of and called a hater and a bigot.”
On Wednesday afternoon, Farrakhan pushed the same message, tweeting: "Why do the Jews hate me with so much passion? Because Jesus, my brother, who was their last prophet, was 2,000 years too soon.  I am on time."
The three Democrats disavowed the 84-year-old minister for his incendiary keynote speech at the organization’s national conference in Chicago last month.

We are writing this open letter to express our deep disappointment with your published denouncement of [Louis Farrakhan]at the behest of the Republican Jewish Coalition, the anti-Defamation League and others who represent white supremacy and the continuing effort to destroy our community.
- Nation of Islam, open letter to three members of Black Congressional Caucus

Before a crowd of several thousand, Farrakhan said such things as “powerful Jews are my enemy” and “the Jews were responsible for all of this filth and degenerate behavior that Hollywood is putting out turning men into women and women into men.”
The new open letter refers the three lawmakers to a previous letter that Farrakhan in 2010 directed at “black leadership” that warned against becoming “an apologist” for Jews. Farrakhan said that siding with Jews would put black leaders at risk of being “seen by the masses of our people as a modern day Uncle Tom who believes you owe more to [Jews] than to the masses of our suffering people.”
Shortly after Farrakhan made his Chicago speech, in which he also condemned whites and gays, the conservative publication The Daily Caller reported that seven congressional lawmakers – all Democrats and all part of the Black Caucus -- had current or past ties to the minister.
Video Below: Click On Picture 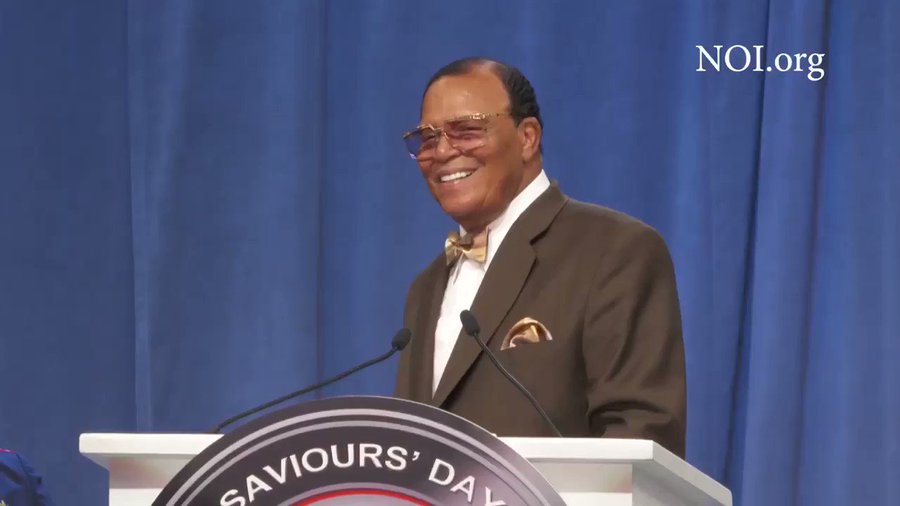 MINISTER FARRAKHAN
✔@LouisFarrakhan
Why do the Jews hate me with so much passion? Because Jesus, my brother, who was their last prophet, was 2,000 years too soon.

Twitter Ads info and privacy
Jewish groups and others demanded that the Black Caucus members state where they stood on Farrakhan and his views. Meeks, Davis and Lee responded that they condemn anti-Semitism and denounced Farrakhan’s remarks. The other lawmakers either have said nothing, or have expressed intolerance for bigotry and hateful rhetoric in general, but have refused to directly speak about Farrakhan.
The seven lawmakers are Meeks, who is from New York, Davis, who is from Illinois, Lee, from California, Andre Carson of Indiana, Maxine Waters of California, Al Green of Texas, and Keith Ellison of Minnesota. Green and Waters have been silent, igoring requests for comments by news outlets.
The new open letter by the Nation of Islam said: “We are writing this open letter to express our deep disappointment with your published denouncement of the Honorable Minister Louis Farrakhan’s Saviors’ Day 2018 Message at the behest of the Republican Jewish Coalition, the anti-Defamation League and others who represent white supremacy and the continuing effort to destroy our community.”
“It is abhorrent for you, as elected officials, to defend these people against the truth that uncovers the horror that has been done to black people and to serve as their mouthpiece,” the open letter continued, “rather than allow them to defend themselves against their record and history which proves that they are anti-black.”

Louis Farrakhan, left; Rep. Danny Davis, right.
Farrakhan also has tweeted defiant messages in recent days that appear directed at his critics.
“The more they knock me, the more I am boosted, by the Grace of God,” he said in one tweet. In another he said: “The Power that backs me is greater than the powers are against me.”
Efforts by Fox News to reach Meeks and Lee for reaction to the Nation of Islam’s open letter were unsuccessful.

There are many blacks who revere him, and think that he's the only one who dares speak the truth about whites.
- Earl Ofari Hutchinson, an author and political analyst

Davis’ spokesman, Ira Cohen, said only: “The comments he’s made [about Farrakhan’s rhetoric] are crystal clear. I don’t know what else we can say at this point.”
While Farrakhan long has been a polarizing figure – making wholesale blistering remarks against groups he likens to Satan, and hailing Adolph Hitler as "a very great man" – he and the Nation of Islam have commanded a strong following among African Americans. That was highlighted across the nation in 1995, when he led the Million Man March, a rally on the National Mall that stressed social and economic self-reliance.
Earl Ofari Hutchinson, an author and political analyst, said that before Farrakhan’s recent Chicago speech grabbed national headlines, the Nation of Islam leader’s clout had been dimming.
“Farrakhan had long since slipped from the national dialogue over race, racism, and civil rights issues, not to mention action on these issues,” Hutchinson said in an email to Fox News. “The CBC and other civil rights organizations have long been critical of what they see as his insular, narrow, racially inflammatory remarks and approach to the racial issue.”
At the same time, long-time Farrakhan observers say they realize that the Nation of Islam leader still holds considerable sway among many blacks, and that taking him on publicly could come at cost for those who depend on support from the African-American community.
“There are many blacks who revere him,” Hutchinson said, “and think that he's the only one who dares speak the truth about whites.”
Source>http://www.foxnews.com/politics/2018/03/14/nation-islam-lashes-out-at-3-black-members-congress-calling-them-sellouts-for-denouncing-farrakhan.html
Posted by theodore miraldi at 3:36 PM