EXCLUSIVE –  A Republican senator is pressing for answers on why the FBI waited weeks to act after the 2016 discovery of thousands of emails on ex-Rep. Anthony Weiner's laptop that potentially were relevant to the Hillary Clinton email investigation.
Senate Homeland Security Committee Chairman Ron Johnson, R-Wis., fired off a letter Thursday to Deputy Attorney General Rod Rosenstein asking about the timeline, citing texts between two key FBI investigators.
The messages, first reported by The Wall Street Journal in late January, indicate that top bureau officials were aware of the discovery of thousands of emails from Weiner well before the FBI sought a search warrant in late October, and effectively revived the Clinton probe right before the election.
"The cryptic and disjointed nature of the text messages, in addition to heavy redactions applied to other FBI documents, make it difficult to understand fully the sequence of events,” Johnson wrote to Rosenstein, giving him a deadline of March 15 to provide information to the committee.
The text messages were between FBI officials Peter Strzok and Lisa Page, who once served on Robert Mueller's Russia probe, and since have come under fire for their anti-Trump messages. 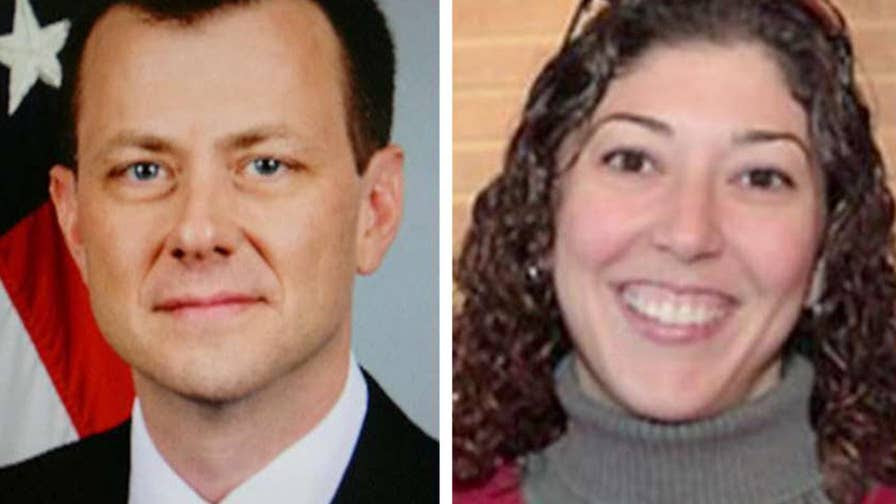 The texts in the Johnson letter suggest that as of Sept. 28, 2016, they and former Deputy FBI Director Andrew McCabe were aware of new emails found on Weiner’s laptop during the criminal investigation into his relationship with a minor.
“Got called up to Andy’s earlier … hundreds of thousands of emails turned over by Weiner’s atty to sdny, includes a ton of material from spouse. Sending team up tomorrow to review … this will never end…” Strzok wrote in a text message to Page.
The “spouse” Strzok was referring to was Huma Abedin — a longtime top aide and confidante of Clinton’s.
“Turned over to them why?” Page replied.
“Apparently one of his recent texting partners may not have been 18 … don’t have the details yet,” Strzok wrote. Page responded noting that news reports said the young woman “was 15.”
But it wasn’t until Oct. 27, 2016 that former FBI Director James Comey was briefed on the newly discovered emails.
The Washington Post first reported in January that the Justice Department’s inspector general, Michael Horowitz, is specifically investigating McCabe, and whether he wanted to avoid taking action on the laptop findings until after the presidential election. 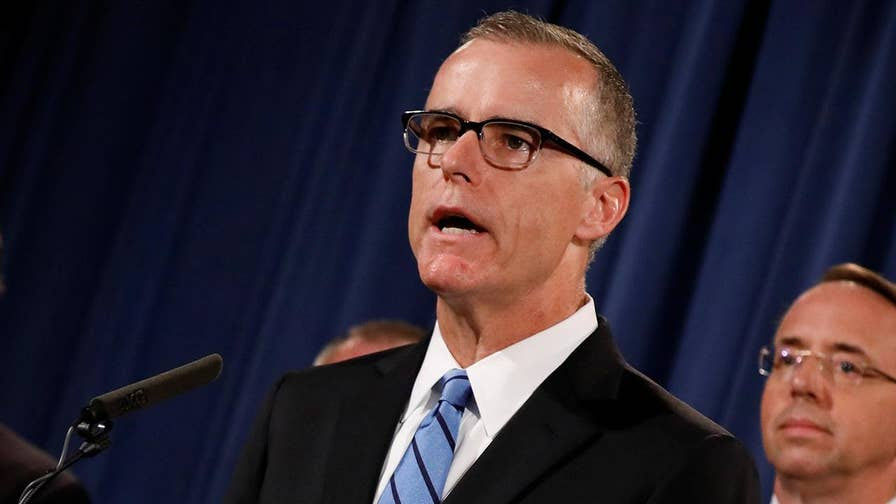 McCabe left the FBI in January after months of conflict-of-interest complaints from Republicans who long have questioned McCabe’s ties to the Democratic Party. His wife ran as a Democrat for a Virginia Senate seat in 2015, and got financial help from a group tied to Clinton family ally former Virginia Gov. Terry McAuliffe —  all while McCabe investigated Clinton’s emails.
But the text messages —  and new testimony from top FBI officials —  provide further details about when and how those emails were discovered, and who at the FBI knew.
According to new testimony from an Office of Special Counsel interview with former Comey Chief of Staff James Rybicki, McCabe’s office did not notify him until the night of Oct. 26, 2016 of the need to brief Comey on “something related to mid-year exam,” the FBI’s case name for the Clinton email investigation.
“They found a lot of new emails right? So it’s kind of when people say we didn’t find anything, that’s not accurate,” Rybicki said in his testimony. “We did find new stuff. But nothing that would change our view of the original conclusion in July. That’s the upshot.”
Comey announced on July 5, 2016 that he would not file charges against Clinton, saying that she was “extremely careless” in her handling of classified information on her private email server.
The OSC also interviewed FBI’s deputy general counsel, Trisha Anderson, who testified that Comey was briefed on the material on Weiner’s laptop on Oct. 27, 2016.
“We had no search warrant at that point in time for purposes of the Clinton email server investigation so he was briefed on what we knew at the time,” Anderson said, noting that they had a discussion “about what we should do going forward,” and mentioned “whether we should seek a search warrant, how we should proceed to seek to obtain evidence.”
Anderson noted that the director’s office decided the need to seek a search warrant “urgently.”
OSC investigators asked what the urgency was, to which Anderson replied: “That given the significance of the matter um, uh, that we had to proceed quickly. It was just too, too explosive for us to sit on.”
On Oct. 27, 2016, Page texted Strzok: “Hey, guess what. We’re going to have a mye [Clinton email probe] meeting tomorrow. Like old times…”
Strzok replied, “Holy moly. Who?”
“The whole band! We’re back on tour!” Page answered.
On Oct. 28, 2016, Comey sent a letter to Congress announcing the “recent developments” of the discovery of Clinton and Abedin communications found on Weiner’s laptop —  which he had been briefed on just the day before. That email reopened the Clinton probe, just a week before the election.
Months later, in December 2016, Strzok and Page texted about the possibility that the FBI would conduct an interview with Abedin, and discussed her potential “immunity.”
Source>http://www.foxnews.com/politics/2018/03/02/senator-seeks-answers-on-why-fbi-waited-weeks-to-act-on-weiner-laptop-in-clinton-case.html
Posted by theodore miraldi at 8:02 AM