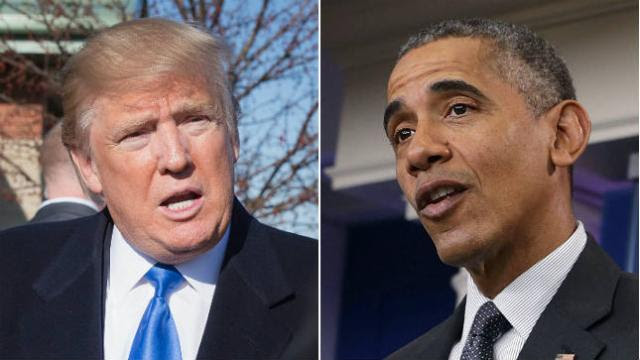 
On Sunday, The Guardian reported on the supposedly nefarious workings of President Trump’s data-gathering team at Cambridge Analytica. The report suggested that Cambridge Analytica had essentially issued questionnaires through a third party; those questionnaires, which were personality quizzes, requested that you use your Facebook login. Cambridge Analytica then compiled data regarding those who completed the quiz and cross-referenced that data with political preferences in order to target potential voters.
This isn’t particularly shocking. In 2012, The Guardian reported that President Obama’s reelection team was “building a vast digital data operation that for the first time combines a unified database on millions of Americans with the power of Facebook to target individual voters to a degree never achieved before.”
What, exactly, would Obama be doing? According to The Guardian, Obama’s new database would be gathered by asking individual volunteers to log into Obama’s reelection site using their Facebook credentials. “Consciously or otherwise,” The Guardian states, “the individual volunteer will be injecting all the information they store publicly on their Facebook page — home location, date of birth, interests and, crucially, network of friends — directly into the central Obama database.”

Facebook had no problem with such activity then. They do now. There’s a reason for that. The former Obama director of integration and media analytics stated that, during the 2012 campaign, Facebook allowed the Obama team to “suck out the whole social graph”; Facebook “was surprised we were able to suck out the whole social graph, but they didn’t stop us once they realized that was what we were doing.” She added, “They came to [the] office in the days following election recruiting & were very candid that they allowed us to do things they wouldn’t have allowed someone else to do because they were on our side.”
Not so with Trump. As soon as Facebook realized that Cambridge Analytica had pursued a similar strategy, they suspended the firm.
Again, this isn’t surprising. Since Trump’s election, Democrats — in search of a rationale for their favored candidate’s defeat — have blamed a bevy of social media outlets. Senate Democrats trotted out pathetic Russian-created memes on Facebook, viewed by a handful of human beings, as an excuse for Hillary’s loss; Democrats claimed — without evidence — that “fake news” had swamped Facebook and thus led to Trump’s victory. Democrats have also insisted that Facebook be regulated. Sen.
Dianne Feinstein (D-Calif.) raged, “You’ve created these platforms, and now they’re being misused, and you have to be the ones to do something about it. Or we will.” Facebook’s former privacy manager called for the government to step into an oversight role regarding Facebook.
In February, Wired magazine ran a cover story specifically dealing with Facebook’s role in the election of 2016, and their subsequent attempts to “fix” the problem. After the election, Mark Zuckerberg even met with Barack Obama, apparently in an attempt to convince Obama that he was serious about stopping the “misuse” of the platform. And in February, Zuckerberg said he wanted to re-jigger the algorithms on his platform to benefit content that Facebook deems “trustworthy, informative, and local.” Wired celebrated: “You can’t make the world more open and connected if you’re breaking it apart.”
The result of Facebook’s algorithmic changes: conservatives have been slammed. And that’s the point. A study from The Western Journal found that conservative sites have lost an average of 14 percent of their Facebook traffic; leftist sites saw a minor increase. Even major publications saw that effect: The New York Daily News saw a bump of 24.18 percent, while the New York Post dropped 11.44 percent.
And that’s the goal in covering Cambridge Analytica, and Russian interference on Twitter, and all the rest — even without any serious information suggesting that such interference shifted votes, the left can rest assured that its Silicon Valley allies will act to de-platform Republicans and conservatives. There’s a reason Twitter has suspended alt-right racists but continued to recommend that others follow Louis Farrakhan; there’s a reason YouTube is being sued by Prager University; there’s a reason Google used automatic fact-checking on right-wing sites but did no such thing for left-wing sites.
We’re in the midst of a radical reshifting in social media. Ironically, the people who have stumped against regulation — conservatives — are those being targeted by social media companies. If companies like Facebook, YouTube, Google and Twitter don’t start acting like platforms again rather than like motivated left-wing outlets, Republicans likely won’t let principle outweigh practicality for long.
Source>http://thehill.com/opinion/technology/379245-whats-genius-for-obama-is-scandal-when-it-comes-to-trump
Posted by theodore miraldi at 4:01 PM