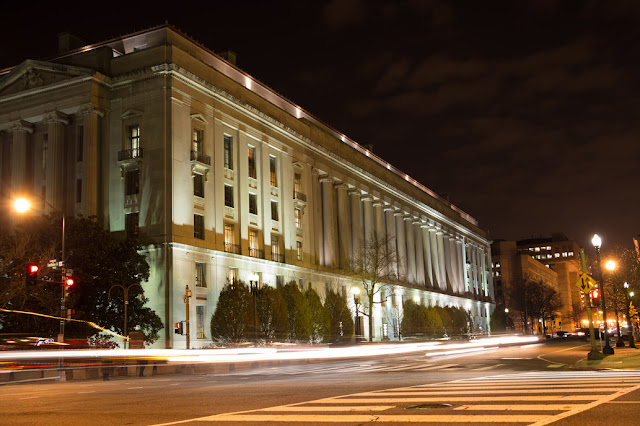 
The head of the federal Department of Justice’s death penalty unit has been removed from his job after being investigated at least 12 times on charges of sexism and favoritism, according to reports.
Kevin Carwile had helmed the group, which assists the Attorney General in evaluating potential capital punishment cases, since 2011.
Current and former employees filed multiple grievances against Carwile and a deputy for promoting a “sexualized environment” and for a pattern of biased assignments that disadvantaged female subordinates, the New York Times reported Saturday.
In one case, employees alleged, Carwile stood idly by as the deputy, Gwynn Kinsey, groped a low-level assistant against her will — and then instructed employees who witnessed the abuse not to speak about it.
The complaints against him began in 2013 and continued through last year.
Carwile had been bounced from his role as the head of the much larger DOJ gangs unit as part of the fallout from the “Fast and Furious” gun-walking scandal in 2011.
Source>https://nypost.com/2018/03/31/head-of-doj-death-penalty-unit-removed-for-promoting-sexualized-environment/

Posted by theodore miraldi at 8:24 AM