The House Intelligence Committee on Friday declared that it found “no evidence” of collusion between the Russian government and Trump campaign during the 2016 presidential election, releasing a heavily redacted final report on its yearlong Russia investigation.
The Republican-authored report -- released over Democratic objections -- stated the committee “found no evidence that the Trump campaign colluded, coordinated, or conspired with the Russian government.” The committee did, however, “find poor judgment and ill-considered actions by the Trump and Clinton campaign.”
President Trump, reacting to the report moments after its release, hailed its findings and said the Russia "Witch Hunt" must end, in an apparent swipe at Special Counsel Robert Mueller's ongoing investigation.
READ THE DOCUMENT
“Just Out: House Intelligence Committee Report released. ‘No evidence’ that the Trump Campaign “colluded, coordinated or conspired with Russia.’ Clinton Campaign paid for Opposition Research obtained from Russia-Wow! A total Witch Hunt! MUST END NOW!” Trump tweeted.

Twitter Ads info and privacy
The more than 250-page report was heavily blacked out, however, and the leader of the committee investigation slammed the intelligence community for their “overzealous redactions.” 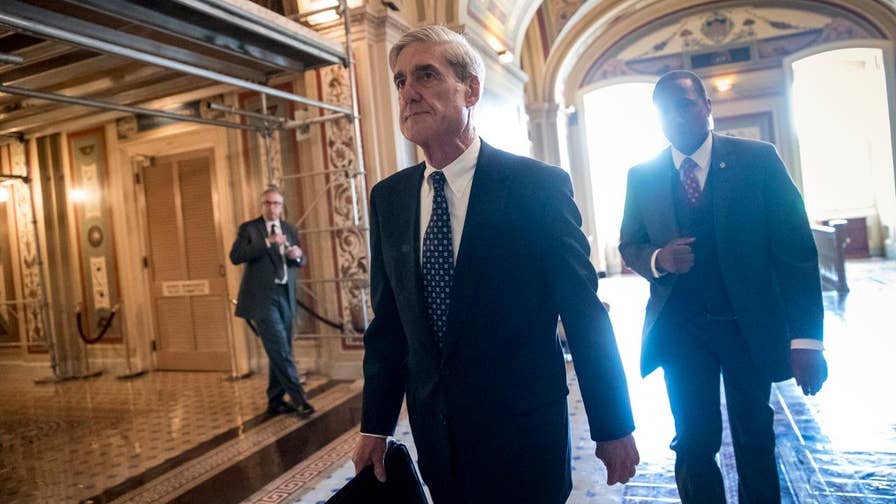 “I am extremely disappointed with the overzealous redactions made by the IC. Many of the redactions include information that is publicly available, such as witness names and information previously declassified,” Rep. Mike Conaway, R-Texas, complained in a statement Friday.
“I will continue to challenge the IC’s many unnecessary redactions with the hopes of releasing more of the report in the coming months.”
The committee’s investigation focused on several topics: Russian meddling in the 2016 U.S. election, the U.S. government’s response to the attack, links between Russians and the Trump and Clinton campaigns, and purported leaks of classified information.
The investigation found that Russia's "increasingly aggressive cyber operations" would "continue to present a profound threat," while noting that Russian state actors were responsible for the "dissemination of documents and communications stolen from U.S. political organizations."
The report said the Russian government used media company "RT to advance its malign influence campaign" during the 2016 election, along with social media platforms to "sow social discord and to undermine the electoral process."
But the committee found “no evidence that Trump campaign associates were involved in the theft or publication of Clinton campaign-related emails, although Trump associates had numerous ill-advised contacts with WikiLeaks.” 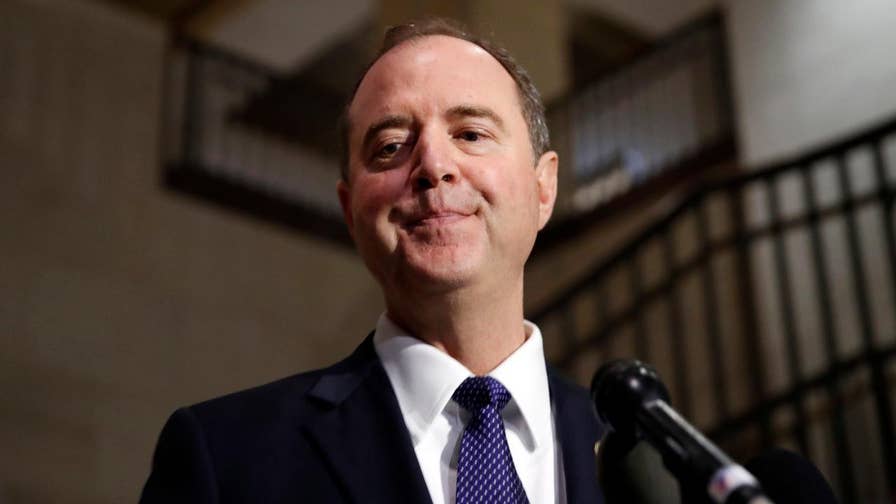 The report also criticized the executive branch's "post-election response," calling it "insufficient."
The committee outlined “poor judgment” practiced by both campaigns, citing the June 2016 meeting at Trump Tower between members of the Trump campaign and Russian lawyer Natalia Veselnitskaya “who falsely purported to have damaging information on the Clinton campaign demonstrated poor judgment.”
“The Committee also found that the Clinton campaign and the DNC, using a series of cutouts and intermediaries to obscure their roles, paid for opposition research on Trump obtained from Russian sources, including a litany of claims by high-ranking current and former Russian government officials,” the report read. “Some of this opposition research was used to produce sixteen memos, which comprise what has become known as the Steele dossier.”
The committee also focused on leaks of classified information, noting that the number of leaks regarding Russian intentions to "help elect candidate Trump increased dramatically after the election day."
"Continued leaks of classified information have damaged national security and potentially endangered lives," the report read.
The committee also found that former Director of National Intelligence James Clapper provided "inconsistent testimony to the committee about his contacts with the media, including CNN." Clapper is now a CNN national security analyst. It is unclear at this point what information Clapper discussed with media outlets.
The report includes more than 25 recommendations for Congress and the executive branch to improve election security, U.S. government response to cyberattacks, campaign finance transparency, and counterintelligence practices related to political campaigns and unauthorized disclosures.
The release of the full report comes after committee leaders announced key findings last month, prompting a war of words between Republican and Democratic members. The GOP majority at the time reported finding no evidence of collusion between Russia and Trump campaign associates. They also said that based on the investigation, the controversial anti-Trump dossier compiled by British ex-spy Christopher Steele “formed an essential part of an application” to the Foreign Intelligence Surveillance Court to obtain electronic surveillance on Trump adviser Carter Page.
Conaway took over the probe when House Intelligence Chairman Devin Nunes, R-Calif., stepped down in April 2017 after he was accused of making “unauthorized disclosures of classified information, in violation of House Rules, law regulations, or other standards of conduct.”
But the top committee Democrat blasted Republicans last month for “prematurely” shutting down the panel’s Russia probe and renewed that criticism on Friday.
“Notwithstanding the decision by the Majority to end its work and turn its attention to counter-investigations designed to serve the President’s interests, the Minority’s work on the Russia investigation continues,” Rep. Adam Schiff, D-Calif., said in a statement Friday. “We will continue our investigation using every means at our disposal; to do otherwise would ignore our responsibility to conduct meaningful oversight and insure that the Russians do not possess leverage over the President of the United States.”
Schiff and committee Democrats released their minority view report Friday, where Schiff said they "correct the record on a raft of misleading conclusions, insinuations, attempts to explain away inconvenient facts, and arguments meant to protect the President and his campaign found in the Republican report."
Schiff also is seeking to publicly release the transcripts of interviews so the public can see the "evidence for themselves and judge accordingly," noting that sharing the transcripts with Special Counsel Robert Mueller could "assist their efforts."
Fox News' Chad Pergram contributed to this report.
Source>http://www.foxnews.com/politics/2018/04/27/house-intelligence-committee-releases-russia-report.html
Posted by theodore miraldi at 1:28 PM