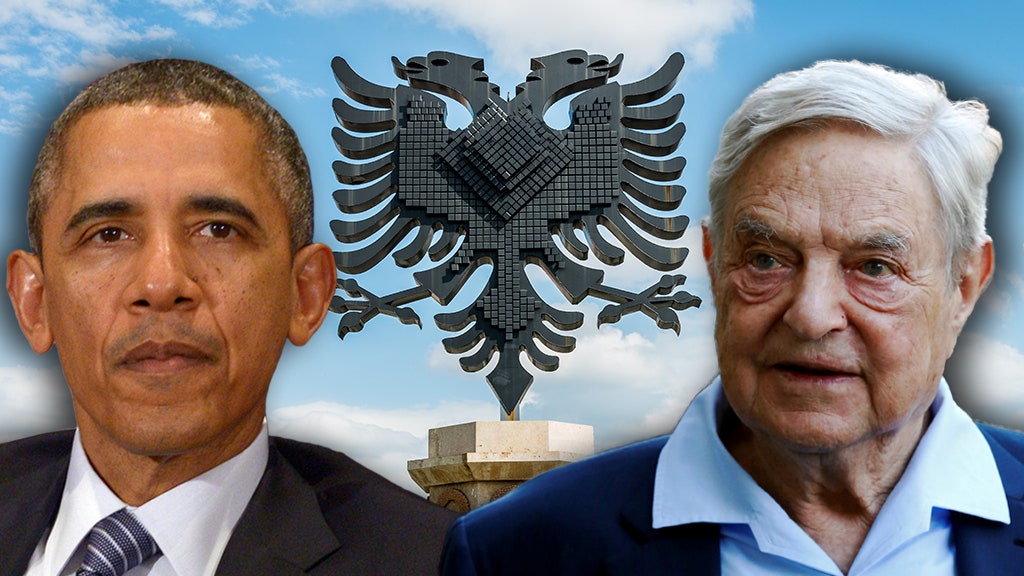 The Obama administration sent U.S. taxpayer funds to a group backed by billionaire George Soros to fund left-wing activities in Albania, a conservative watchdog group says.
The group, Judicial Watch, obtained 32 pages of records from the Justice Department this week through a May 2017 Freedom of Information Act (FOIA) lawsuit against the State Department and U.S. Agency for International Development (USAID.)
The new documents show USAID funds were sent through the agency’s Civil Society Project to back Soros’ left-wing "East West Management Institute" through USAID's "Justice for All" campaign. USAID provided $8.8 million in 2016 to that campaign.
The Justice for All Project was designed to strengthen the effectiveness and transparency of the courts in Albania. The project aimed to increase citizens’ trust in the judiciary and a more efficient judicial system, according to USAID.
Judicial Watch said ,though, that money was used specifically to give the Albanian socialist government greater control of the judiciary system.
“The Obama administration quietly spent at least $9 million in U.S. taxpayers’ dollars in direct collusion with left-wing billionaire George Soros’ backing of a socialist government in Albania,” Judicial Watch President Tom Fitton said in a statement Wednesday. “It is particularly outrageous that the State Department allowed the Soros operation to help direct taxpayer funds to other groups.”
A USAID official told Fox News on Wednesday that the agency did not, however, provide grants to Soros' Open Society Foundation in Albania.
But Judicial Watch said the records revealed that the State Department gave Soros’ Open Society Foundation “direct input” for its own program funding reviews in Albania.
One report, from Feb. 10, 2017 on “Engagement with the Open Society Foundation for Albania” stated that “as one of the major assistance providers in Albania, representatives for the Open Society Foundation are frequently asked to participate in technical reviews of applications that we receive for funding.”
That report noted that the Embassy’s public affairs section “has not received any funds from the Open Society Foundation to support any projects or activities,” and that the public affairs section “has not provided any funds to the Open Society Foundation to support their projects or activities.”
“For decades, there has been broad bipartisan agreement in Washington, DC on the need to promote democracy and human rights abroad. Of late there has been an unfortunate and misguided effort to politicize this process,” a spokesperson for the Open Society Foundation said in a statement to Fox News. “The Open Society Foundations and the U.S. Government shared an interest in helping Albania and other similarly situated countries transition from communism and democracy, and in promoting an independent judiciary.”
The spokesperson added: “As the State Department stated in the documents Judicial Watch cited, the US embassy in Tirana ‘has not received any funds from the Open Society Foundation to support any projects or activities,’ nor has it ‘provided any funds to the Open Society Foundation to support their projects or activities.”
But another memo obtained by Judicial Watch from April 2016 shows that the U.S. Embassy in Tirana “sponsored” a survey along with Soros’s Open Society Foundation to measure Albanian citizens' “knowledge, support, and expectations on justice reform.” The poll, according to Judicial Watch, did not specify the type of reform the Soros group was seeking, but the survey reported that 91 percent of respondents either “fully support” or “somewhat support” the need for judicial reform in Albania.
Records dated February 2017 show that the State Department used taxpayer funds to co-sponsor a second poll with the Open Society Foundation.
“The Public Affairs Section and the Open Society Foundation Survey each provided funding to a local organization to conduct a public opinion poll on attitudes toward the Judicial Reform effort,” the February report, reviewed by Fox News, read.
"George Soros is a billionaire and he shouldn't be receiving taxpayer support to advance his radical left agenda to undermine freedom here at home and abroad," Fitton said.
Last year, in March 2017, a group of six U.S. Senators led by Sen. Mike Lee, R-Utah, sent a letter to former Secretary of State Rex Tillerson asking that he investigate charges that the U.S. government was using taxpayer funds to assists Soros in Albania.
“Sen. Lee was not satisfied with the State Department’s response to his letter about USAID funding for international progressive institutions that spread leftist ideas at tax payer expense,” a spokesperson for Lee told Fox News in an email Wednesday. “He hopes the next Secretary of State will put an end to these payments."
Judicial Watch is also seeking information regarding Soros’ activities in Macedonia, Romania and Colombia.
Source>http://www.foxnews.com/politics/2018/04/04/obama-state-dept-used-taxpayer-dollars-to-fund-george-soros-groups-political-activities-in-albania-watchdog-group-says.html
Posted by theodore miraldi at 6:52 PM