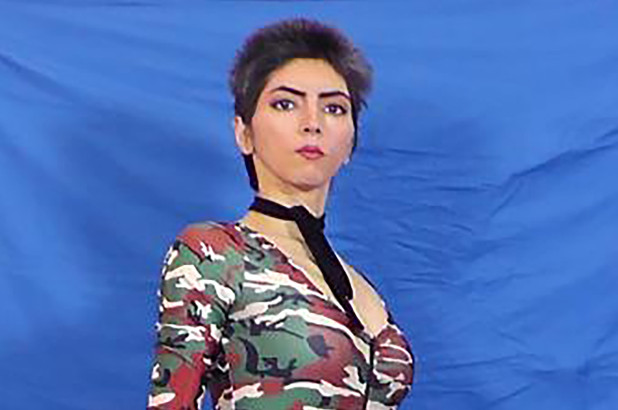 The crazed woman who opened fire at YouTube’s headquarters before killing herself had been found by police snoozing in her car the night before the attack after her family reported her missing, according to a report.
The father of 38-year-old Nasim Aghdam told cops that she might be going to YouTube’s sprawling campus near San Francisco because she “hated” the company, The Press-Enterprise reported.
Mountain View police told the family at 2 a.m. Tuesday that everything was “under control” after they found the disgruntled woman sleeping in a parking lot about 39 miles from the YouTube site.
“Our officers made contact with the woman after the license plate of her vehicle matched that of a missing person out of Southern California,” police spokeswoman Katie Nelson said.
“The woman confirmed her identity to us and answered subsequent questions. At the conclusion of our discussion, her family was notified that she had been located.”
It was unclear late Tuesday what authorities knew about Aghdam’s history with YouTube before she wounded three people with a handgun.
“She was angry,” Ismail Aghdam of Riverside County told the Bay Area News, because the company had been censoring her content and stopped paying her.
YouTubers can be paid for ads accompanying their videos, but the company “de-monetizes” some channels for various reasons, which means ads are not run with them.
Aghdam’s father, who owns an electrical contracting company, said the family was unaware that she owned a gun.
“Maybe she bought one” recently, he said.
Nasim’s brother, Shahran Aghdam, told reporters from the family’s home in Menifee that the family came to California from Iran in 1996.
“She was always complaining that YouTube ruined her life,” he said.
He said Nasim — who had been living with her grandmother in San Diego — was missing since Saturday and not answering her cell phone.
When he found out she was in Mountain View, he Googled the city and found out it was near YouTube’s headquarters. He said he called police, who found her and said she was fine, and that they would keep an eye on her.
Investigators were looking into whether Aghdam may have been targeting a boyfriend, a law enforcement source said Tuesday afternoon, according to the news outlet.
San Bruno police late Tuesday said only that investigators were trying to determine her motive.
“At this time there is no evidence that the shooter knew the victims of this shooting or that individuals were specifically targeted,” the department said in a press release.
One of the victims — a 36-year-old man — remained in critical condition, a spokesman for San Francisco General Hospital said.
A 32-year-old woman was in serious condition and a 27-year-old woman in fair condition, the spokesman said.
Ismail said his daughter was a vegan activist and animal lover who would not even kill ants that invaded the family home when she was a youngster.
According to state records, she had once established a charity called Peace Thunder Inc. to “educate people about animal cruelty, environmental pollution” and other causes.

“For me, animal rights equal human rights,” she told the San Diego Union-Tribune at a People for the Ethical Treatment of Animals protest in 2009.
Aghdam’s YouTube, Facebook and Instagram pages have all been removed since the shooting, but not before reporters were able to view much of her content.
On March 18, she slammed YouTube in an Instagram post.
“All my youtube channels got filtered by youtube so my videos hardly get views and it is called ‘merely relegation.’ This is also happening to many other channels on youtube,” she wrote.
“This is the peaceful tactic used on the internet to censor and suppress people who speak the truth and are not good for the financial, political … gains of the system and big businesses. I recently got filtered on instagram too and maybe its related to youtube and youtube staff asked instagram to filter me here too!!?”
On Jan. 28, Aghdam recorded a video of herself complaining about her perceived “discrimination” by YouTube, which she said had determined her ab workout video was too racy.
“I’m being discriminated and filtered on YouTube and I’m not the only one,” Aghdam says as she stands in front of a background of green and white stars. “They age restricted my ab workout video. A video that has nothing bad in it. Nothing sexual.”
Source>https://nypost.com/2018/04/04/shooter-was-angry-youtube-stopped-paying-for-her-content-father/

Posted by theodore miraldi at 9:01 AM