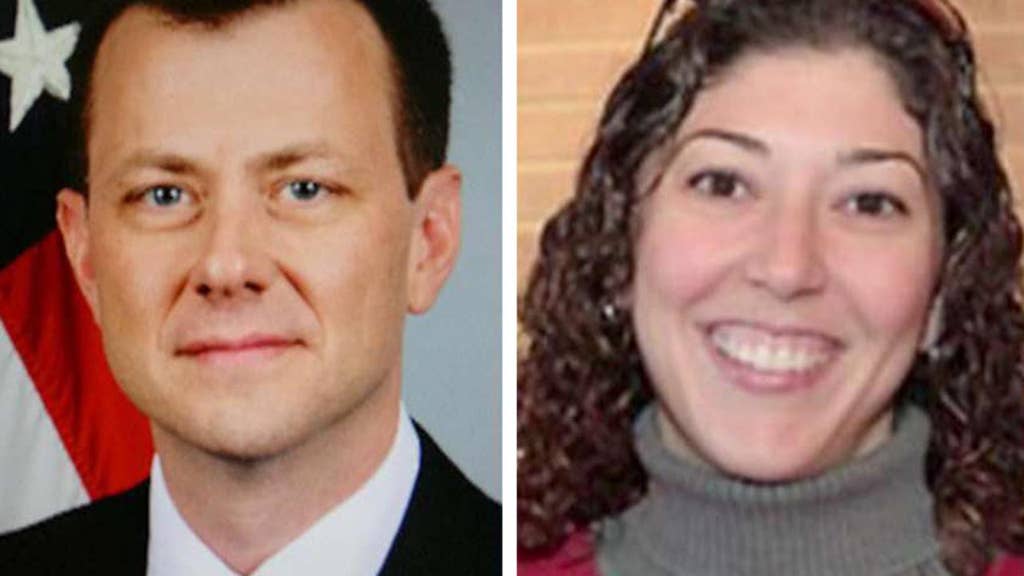 
Two romantically involved FBI officials who were removed from special counsel Robert Mueller's team over a series of anti-Trump text messages still have Top Secret security clearances, Sen. Rand Paul revealed Wednesday.
Paul tweeted a letter he had sent the FBI in January asking whether Strzok and Page still had security clearances and whether they are able to "search FISA data or other classified databases". 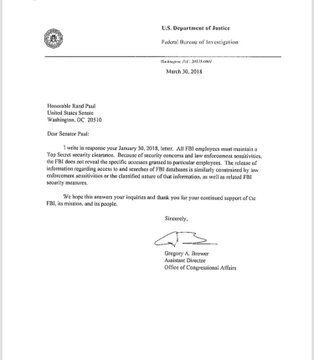 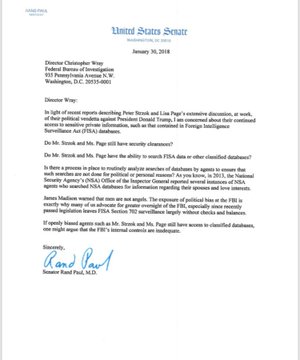 Twitter Ads info and privacy
In late March, the FBI responded to the Kentucky Republican.
"All FBI employees must maintain a Top Secret security clearance," wrote Gregory Brower, then assistant director of the FBI Office of Congressional Affairs. "Because of security concerns and law enforcement sensitivities, the FBI does not reveal the specific accesses granted to particular employees." 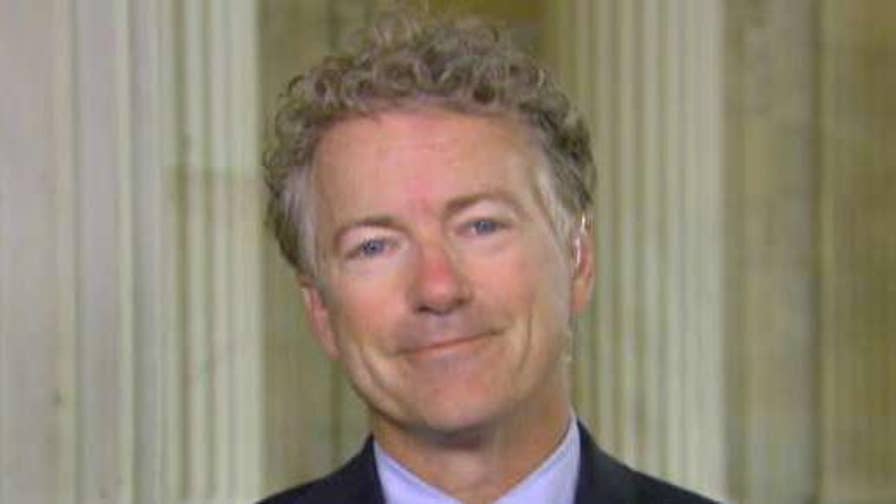 The Las Vegas Review-Journal reported last week that Brower resigned his position last month to start a new job at Brownstein Hyatt Farber Schreck, a Washington-based lobbying and law firm.
"So if [Strzok and Page are] still FBI agents, which apparently they are," Paul told Fox News' "Outnumbered Overtime," "the [FBI's] non-answer specifically really is an answer, and [it] says they can search our databases."
Strzok, a former deputy to the assistant director for counterintelligence at the FBI, was removed from the Mueller probe over the summer after the texts between him and Page during the 2016 presidential campaign came to light. In one exchange, Strzok referred to then-candidate Trump as "an idiot." In another, Page described Trump as "a loathsome human."
In all, the pair exchanged some 50,000 text messages throughout the campaign and first year of the Trump administration, many of them with anti-Trump sentiments.
Last month, GOP congressional investigators told Fox News some messages between Strzok and Page suggest coordination between high-ranking officials at the Obama White House, CIA, FBI, Justice Department and former Senate Democratic leadership in the early stages of the bureau's investigation into alleged collusion between Russia and the Trump campaign.
Paul told Fox News Wednesday that Strzok and Page "need to be fired. At the very least, they need to be suspended from any privileges to look at these databases until it's determined whether or not they can still remain at the FBI."