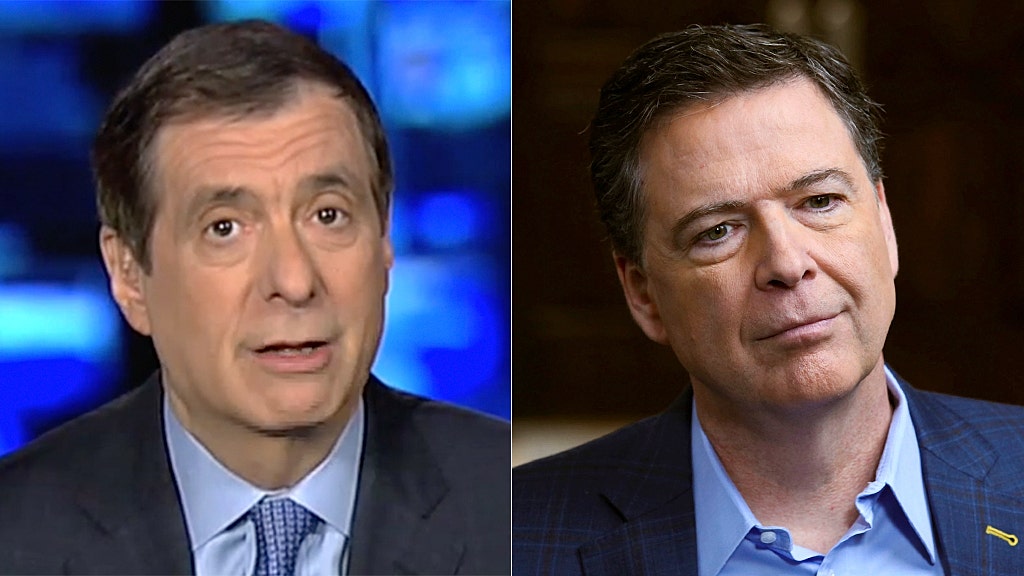 James Comey, whose public persona is based on the image of an upright G-man, has tarnished his own halo.
Most of the mainstream media have been happy to cast the former FBI director in the role of moralizing truth-teller as he takes his battle against President Trump into the book-tour arena. But with his petty criticisms and over-the-top language, Comey is coming off as just another partisan.
ABC's George Stephanopoulos gave Comey a pretty sympathetic forum in which to express regrets about his handling of the Hillary case and paint the man who beat her as unfit for the presidency. And that is likely to be the tenor of most of his interviews.
John Heilemann made a telling observation on MSNBC, that because Comey has infuriated both Democrats and Republicans since the 2016 campaign, he is now a man without a country. In peddling "A Higher Loyalty," Comey is picking sides—as a leader of the anti-Trump forces—and emphasizing that his wife and daughter were both Hillary supporters.
Perhaps it's no accident that he picked Stephanopoulos, who of course worked with Hillary in the Clinton White House, to kick off his television tour. He'll also get a warm reception on "The View." But his Fox News interview comes toward the end of the two-week kickoff.
The president, of course, has not been an idle bystander. He has matched Comey's extreme rhetoric (comparing Trump to a Mafia boss) with equally tough tweets (calling the fired director an "untruthful slime ball"). Just yesterday, Trump tweeted: "Comey drafted the Crooked Hillary exoneration long before he talked to her (lied in Congress to Senator G), then based his decisions on her poll numbers. Disgruntled, he, McCabe, and the others, committed many crimes!" (The DOJ inspector general said Andrew McCabe, Comey’s former deputy who was recently fired, repeatedly lied about his own leaking.)
Stephanopoulos did ask a few hard questions, such as one about Comey's leaks to the press. (Comey's answer -- that he used an intermediary to pass documents to The New York Times because he didn't want to alienate all the other reporters -- was disingenuous.)
But for most of the interview, Stephanopoulos either pressed his guest over his handling of the Hillary probe or encouraged him to unload on Trump:
Why did you hold a news conference and criticize Clinton rather than just issuing a one-sentence release declining prosecution? Why did you go public with reopening the investigation just before the election? Your critics say that’s a clear, clear double standard.
And: Did you think Trump was a liar? Why did you compare him to a Mafia boss? Do you think he's unfit to be president?
The mainstream media have done a series of backflips on Comey: He was the upright, judicious figure who declined to prosecute Clinton. Then he was the reckless egomaniac who intervened in October and handed the presidency to Trump. Now he's back to being the moralistic figure who stood up to Trump and is bravely holding the president accountable.
Partisan commentators on the left and right are also giving me vertigo with the way they’ve swung back and forth on Comey.
My other big beef with the author is the way he keeps broadcasting about what the media now call the "pee tape". Comey readily acknowledges that he has no idea whether the unverified allegation from the unsubstantiated dossier about Trump and Moscow prostitutes is true. But he keeps repeating what journalists used to refer to as unspecified sexual allegations, despite the fact that it may be pure fiction.
The timing of the book is also troubling, since it comes in the midst of the Mueller investigation, with Comey destined to be a key witness. But Comey knows the market is ripe for an anti-Trump book.
One book critic, the Washington Post’s Carlos Lozada, writes: "When Comey cops to petty misdeeds, however, the self-criticism — and self-regard — is almost comical ... But when the stakes rise, self-examination diminishes."
The media are generally treating Jim Comey as a truth-teller. But in going for the big payday, he is confirming the critics' view that he is in love with his own righteousness.
Source>http://www.foxnews.com/politics/2018/04/17/why-comey-used-abcs-platform-to-go-scorched-earth-against-trump.html
Posted by theodore miraldi at 7:46 AM