Bloomberg Warns of ‘Endless Barrage of LIES’ in Politics 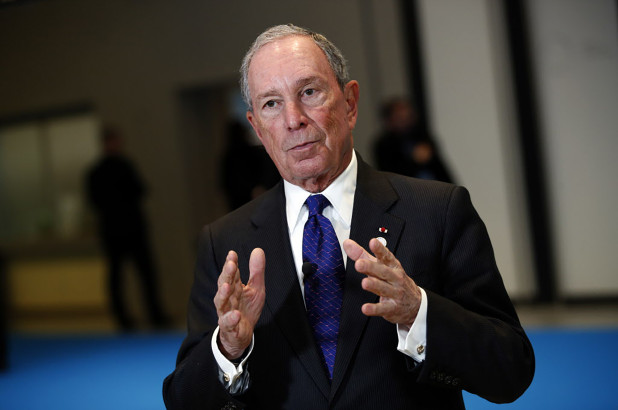 
Former Mayor Michael Bloomberg warned Saturday that the worst threat facing the country isn’t terrorism or communism – it’s “an epidemic of dishonesty.”
The billionaire – who has called President Trump a “con” and a “dangerous demagogue” – cautioned that “an endless barrage of lies” and “alternate realities” in national politics endanger U.S. democracy. The comments came during a commencement speech at Rice University in Texas.
“This is bigger than any one person. It’s bigger than any one party,” Bloomberg told The Associated Press in an interview before the speech, refusing to comment on Trump’s own relationship with the truth.
The 76-year-old businessman recalled the myth about the first U.S. president in which a young George Washington, caught cutting down a cherry tree, said he could not tell a lie.
“How did we go from a president who could not tell a lie to politicians who cannot tell the truth?” Bloomberg asked Rice grads, calling out both Democrats and Republicans without naming specific pols.
The wealthy exec, who flirted with a 2016 presidential run, told graduates and their families in Houston that when elected officials talk as if they’re above the truth, they’ll act like they’re above the law.
“The greatest threat to American democracy isn’t communism, jihadism or any other external force or foreign power,” he said. “It’s our own willingness to tolerate dishonesty in service of party, and in pursuit of power.”
With Post wire services
Source>https://nypost.com/2018/05/12/bloomberg-warns-of-endless-barrage-of-lies-in-politics/
Posted by theodore miraldi at 6:45 PM