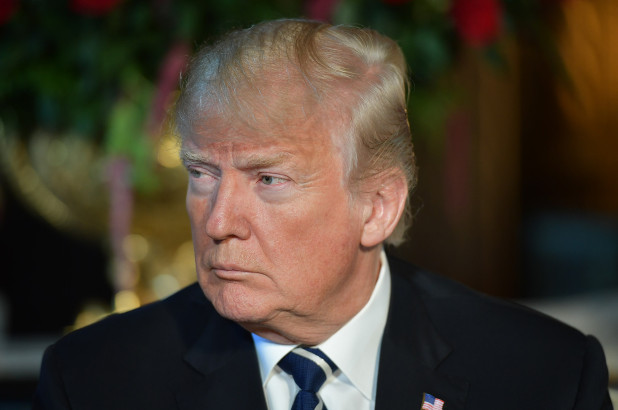 
It has been said that if you live long enough, you will see everything. I’m experiencing that feeling as I watch the New York Times and Washington Post abandon their ultra-liberal leanings to defend government spying on innocent American citizens.
The case shows Trump Derangement Syndrome in action as it turns two of the nation’s prominent newspapers into the type of organizations they spent 50 years attacking.
By switching sides, they become the bell cows of a Deep State Media that, in another era, would have shielded Sen. Joseph McCarthy. And so the famous question Army lawyer Joseph Welch asked the scurrilous McCarthy should now be directed at them: “At long last, have you left no sense of decency?”
This latest version of media madness involves the confirmation that the FBI and perhaps the CIA sent a spy — or maybe two spies — to see whether Donald Trump’s associates were in cahoots with Russia during the 2016 campaign.
The spying is an event of enormous consequences, with no known precedent in American history, because it catches the incumbent party targeting the candidate of the opposition party. Even Richard Nixon didn’t weaponize law enforcement and intelligence agencies to this extent.
Additionally, the timing of the spying effort matters because it began before the FBI says it started its counterintelligence probe into the Trump campaign. So was that official July start date another James Comey lie?
Then there’s John Brennan, Barack Obama’s last CIA chief, who is calling attention to himself with Twitter threats against Trump and any others who pursue the matter. His panic is not pretty, but it is instructive.
On its face alone, the spying destroys any possibility that the Obama administration played it straight during the 2016 election. The only questions now are how wide and how high did the cancer spread.
Yet instead of denouncing the malignant invasions of privacy, as they did when President George W. Bush spied on foreign terrorists, the Deep State papers are rushing to defend domestic snooping. They split semantic hairs, calling the spy an “informant” or a “source” in a silly bid to give him a sheen of respectability.
The Times, based on anonymous sourcing, even had the chutzpah to lecture President Trump on its front page, saying the president had his facts wrong about what the spy, er, informant was up to. In a news story, no less.
In other words, the Times is so wired into the circle of anti-Trump spooks that it feels qualified to speak for them. So in addition to being the propaganda arm of the Democratic Party, the Times is the flak for crooked cops and spies.
Both papers also accuse Trump of sinking to a new low because he demands to know what the hell was going on. Who does he think he is?
Alice, meet the looking glass — but watch the drop.

This much we know: The man identified as the spy is Stefan Halper, an American professor in Great Britain who has long family ties to the CIA. Reports say he was paid up to $1 million during the Obama presidency for vague research projects.
Halper, sometimes with a female assistant, approached three members of Trump’s team in the spring and early summer of 2016 with various inducements — and chatter about Russia’s hacking of emails. Another member of the Trump team says he was approached by a different man during the campaign, suggesting there might be a second spy.
Trump, as I wrote Sunday, has been angry about the probe of special counsel Robert Mueller, but hasn’t been able to do much about it. But the Halper story was the final straw, and the president threw patience out the window and jumped into the fray.
In the span of 24 hours, he demanded — and got — a Justice Department investigation into the matter. He also set up a process for his chief of staff, Gen. John Kelly, to forge a settlement between Justice officials and congressional Republicans, who have tried for months to get documents on the origin and other details of the FBI investigation.
The president’s moves, combined with Rudy Giuliani’s attacks on Mueller, have changed the dynamics just as polls show diminishing public support for Mueller’s probe, now in its second year.
But I’m not persuaded the Justice Department is serious about the new investigation or turning over documents. I believe that under Deputy Attorney General Rod Rosenstein, who is the point man thanks to AG Jeff Sessions’ foolish abdication, the agency sees itself as above the law and the Constitution. Large portions of it have joined the “resistance” to Trump.
Thus, Rosenstein’s statement that the department’s inspector general would look into whether anything “inappropriate” happened in 2016 gives him a loophole large enough to drive a cabal of spies through. Any agency that spied on a presidential campaign cannot be trusted to investigate itself.

Trump: 'Spies' in my campaign would be biggest political scandal ever

As for producing documents, Rosenstein recently said the demand amounted to extortion.
There is an additional option. Trump has the power to declassify virtually any government document, making it accessible by the public under Freedom of Information Law requests. That’s the best route and the only one with a chance to lead to timely transparency. Justice and the FBI could make objections on national security or personal safety grounds, but final decisions should be made by a qualified team led by Kelly, with a prejudice toward openness, not secrecy.
The time is up for professional gatekeepers like Comey and Rosenstein to control what the public knows. They have done nothing but add to distrust of the FBI and that will not change if their ilk makes the final decisions.
By insisting that the documents go online, Trump would be letting taxpayers see for themselves what the government was up to, and what it was hiding. And to connect the dots between the various agencies involved.
Besides, think of the distress public release of the documents would cause the Deep State and its media handmaidens. All their wailing and gnashing of teeth would make the perfect soundtrack as ordinary citizens take back their government.

The Post’s excellent front-page story on the 5,000 syringes turning up in Bronx parkseach week contained this heartbreaking fact: City Hall is responding by installing syringe-disposal kiosks.
On top of his plan to create injection sites with medical supervision, the kiosks show how Mayor Bill de Blasio is surrendering to drug dealing and addiction, aiming only to put the horrors out of sight.
This way lies madness.
Guaranteed.

Che it ain’t so

In a press release addressed to “Comrades of Lower Manhattan!,” the Democratic Socialists of America announce a training session.
“You’ll learn how to chair an effective meeting — a crucial skill for any socialist organizer,” it promises.
Chairing meetings? Looks like the comrades are getting soft.
Source>https://nypost.com/2018/05/22/defending-spies-in-the-trump-campaign-is-the-height-of-liberal-hypocrisy/
Posted by theodore miraldi at 11:01 AM