The completion of a long-awaited watchdog report on the FBI and DOJ’s Hillary Clinton investigation during the 2016 presidential campaign has put Washington on edge, as the clock counts down to its potentially explosive release.
“We’re all anxiously awaiting this report,” Rep. Jim Jordan, R-Ohio, told Fox News’ “Hannity.”
Justice Department Inspector General Michael Horowitz announced the draft report was done in a letter to members of Congress on Wednesday. He did not say when the results of the review will be officially released to the FBI, DOJ and congressional committees.

Justice Department Inspector General Michael Horowitz says he has finished his long-awaited report detailing his review of the FBI and DOJ’s Hillary Clinton investigation during the 2016 presidential election.
But the inspector general said he has provided a draft report to the Department and the FBI, and requested that they review it to identify any information that should be protected from disclosure.
“Additionally, consistent with our usual process, we have asked the Department and FBI to provide us with any comments they wish us to consider regarding the report’s accuracy and completeness,” Horowitz wrote in his letter to lawmakers.
NEW DETAILS ABOUT BASIS FOR ANDREW MCCABE'S FIRING FROM FBI REVEALED
For more than a year, Horowitz has been reviewing the FBI and DOJ’s actions related to its investigation into Clinton’s use of a private email server while she was secretary of state.
Horowitz’s investigation has looked at a variety of allegations, including whether it was improper for former FBI Director James Comey to make a public announcement about not recommending prosecution over the Clinton email arrangement.

Former FBI Deputy Director Andrew McCabe and former FBI Director James Comey are among those whose conduct is being reviewed in Justice Department Inspector General Michael Horowitz's report.  (Reuters)
Horowitz’s review has already put top FBI official Andrew McCabe in legal jeopardy. The Justice Department’s internal watchdog sent a criminal referral for McCabe in April to the U.S. attorney’s office in Washington.
That was in response to Horowitz’s finding that McCabe leaked information to the press about the investigation and later lied about it to Comey and federal investigators, prompting Attorney General Jeff Sessions to fire him in March.
Horowitz wrote in his letter to Congress that he is “making relevant portions of the draft report available for review and comment” by those interviewed in the probe and those whose conduct is addressed in the report.
He said they will allow the DOJ and FBI to submit a formal written letter to be attached to the final report before releasing it. 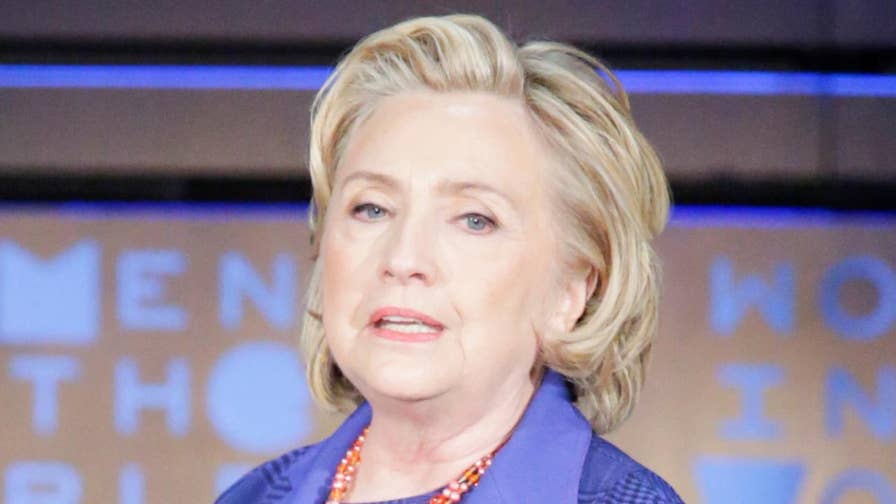 “We will update you on the specific timing for the report’s release, and I will be prepared to provide a briefing and testify publicly about our findings and conclusions as soon as the report is released,” Horowitz said.
A portion of the report on McCabe had already been released to Congress.
In November, Horowitz said his team has interviewed dozens of people and had reviewed about 1.2 million records in the course of its investigation. He said his team was looking at whether “certain underlying investigative decisions were based on improper considerations.”
The review also looked at whether the Justice Department’s assistant attorney general for legislative affairs “improperly disclosed non-public information to the Clinton campaign” and should have been recused. That’s in reference to official Peter Kadzik, who had been an attorney in the past for Clinton campaign chairman John Podesta.
Horowitz has said the review is looking at whether any DOJ or FBI employees improperly disclosed non-public information.
The review has already made a splash.
The inspector general’s review uncovered the anti-Trump texts from FBI official Peter Strzok, who famously called Trump an “idiot” and texted about an “insurance policy” against a Trump presidency. Strzok had been assigned to Robert Mueller’s special counsel probe, but has since been reassigned.
Fox News’ Jake Gibson, Mike Emanuel and Alexandra Pamias contributed to this report.
Source>http://www.foxnews.com/politics/2018/05/17/doj-inspector-general-completes-long-awaited-review-hillary-clinton-probe.html
Posted by theodore miraldi at 1:37 PM