Why Does EVERYTHING Obama Reek of a Scam? Now the original site for his Presidential Library will be called The Obama Center. Why does Obama continue to shield his Presidential Papers from Public Scrutiny? At some point the Public will know who this man really is.
...tmiraldi 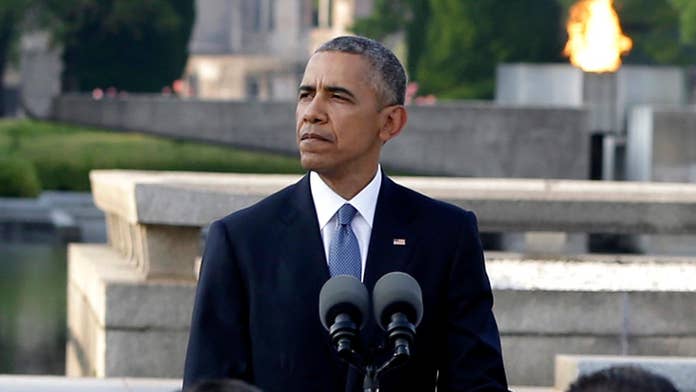 
The City of Chicago has engaged in “a short con shell game” to help Barack Obama build a 12-story museum and library dedicated to his presidency on public parkland, a new lawsuit alleges.
Protect Our Parks filed the lawsuit Monday seeking to block construction of the Obama Presidential Center in historic Jackson Park on Chicago’s South Side, where a young Obama cut his political teeth.
Established law precludes the Chicago Park District from transferring public parkland in Jackson Park to a private non-governmental entity for its own use, the lawsuit claims.
OBAMA MAKES IN-PERSON PITCH FOR PRESIDENTIAL CENTER
"Defendants have chosen to deal with it in a classic Chicago political way, known as a short con shell game, a corrupt scheme to deceive and seemingly legitimize an illegal land grab, one that will endure for centuries to come, regardless of future changing public park needs and increasingly consequential environmental conditions,” according to the lawsuit.

The Obama Presidential Center design as seen from one angle.  (Obama.org)
The Chicago Sun-Times also quotes the lawsuit as saying that it is seeking a court order barring construction because it views the land transfer as an “institutional bait and switch.”
According to the lawsuit, the original purpose of transferring the land was to house an official Obama Federal Library. However, that is no longer the case. Obama decided the center will not include his presidential papers.
The named plaintiffs are three park advocates who are being represented by a law firm with ties to a rival of Chicago Mayor Rahm Emanuel, according to the paper.
The paper reports that the suit comes with the project slated to go before the Chicago Plan Commission on Thursday for approvals necessary ahead of construction.
OBAMAS CRITICIZED FOR LAVISH LIBRARY PLANS, INCLUDING 'TEST KITCHEN'
In reaction to the lawsuit, an Emanuel spokesman told the paper that the Obama Presidential Center is a once-in-a-lifetime opportunity to create jobs and honor the legacy of Chicago's favorite son.

An eye-level view of the plaza of the future Obama President Center  (Obama.org)
“While some choose to stand in the way of progress for the South Side we are focused on making progress in every community in Chicago,” the spokesman, Grant Klinsman, said.
As it has moved forward, the Obama Presidential Center has encountered opposition from neighborhood, activist groups and others, according to reports.
In January more than 100 professors from the University of Chicago released a letterquestioning the project’s touted economic benefits to South Side residents.
A month later, a report in the Chicago Tribune estimated that the cost to taxpayers to widen streets and construct underpasses around the center would be $175 million.
Source>http://www.foxnews.com/politics/2018/05/15/lawsuit-alleges-con-shell-game-to-build-obama-center-in-chicago-park.html
Posted by theodore miraldi at 3:54 PM