Obama 'WHITE HOUSE Is Running This' 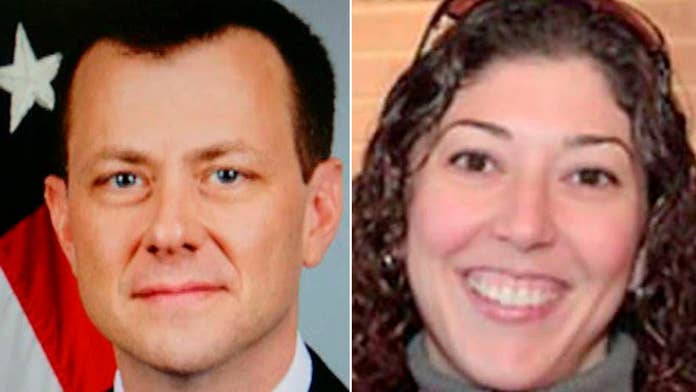 A top Senate Republican is challenging the Justice Department over extensive redactions made in files showing text messages between anti-Trump FBI officials Peter Strzok and Lisa Page.
Senate Judiciary Committee Chairman Chuck Grassley, R-Iowa, drew particular attention to one text that suggested the Obama “White House is running this,” in reference to an unspecified investigation.
But, like in so many of the files, a name was redacted and the context was unclear, though one report suggests that was related to the Russia probe.
In a letter sent Wednesday to Deputy Attorney General Rod Rosenstein, Grassley called for all redactions to be removed.
“The manner in which some redactions have been used casts doubt on whether the remaining redactions are necessary and defensible,” Grassley wrote. 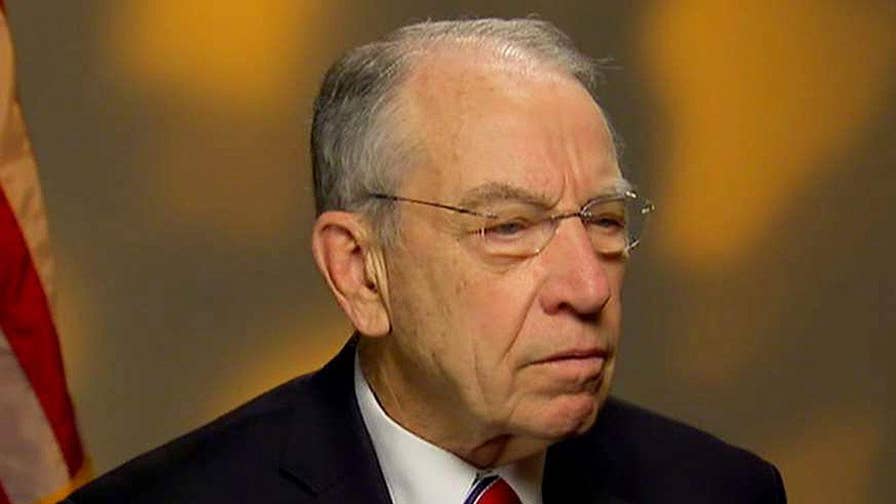 He sent the letter following two sessions for committee staff to view less-redacted versions of the texts between Strzok and now-former FBI official Page. Both officials previously worked on Robert Mueller's Russia probe and ran into trouble when their anti-Trump messages were revealed.
In his letter, Grassley said that, “When viewing the still redacted portions in context with the unredacted material, it appeared that the redacted portions may contain relevant information relating to the Committee’s ongoing investigation into the matter in which the Department of Justice and FBI handled the Clinton and Russia investigations.”
As two examples of texts with unexplained redactions, he mentioned a text that had redacted the price of former deputy director Andrew McCabe's "$70,000 conference table" as well as the "text about the Obama White House ‘running’ an investigation, although it is unclear to which investigation they were referring.”
Grassley added: “I am unaware of any legitimate basis on which the cost of a conference table should be redacted. Embarrassment is not a good enough reason.”
Fox News has viewed the less-redacted text message Grassley referred to regarding the White House’s supposed involvement in an investigation.
“Went well, best we could have expected. Other than [REDACTED] quote, ‘the White House is running this.’,” Strzok wrote to Page on Aug. 5, 2016. “My answer, ‘well, maybe for you they are.’”
Page replied: “Yeah, whatever (re WH comment). We’ve got emails that say otherwise.” 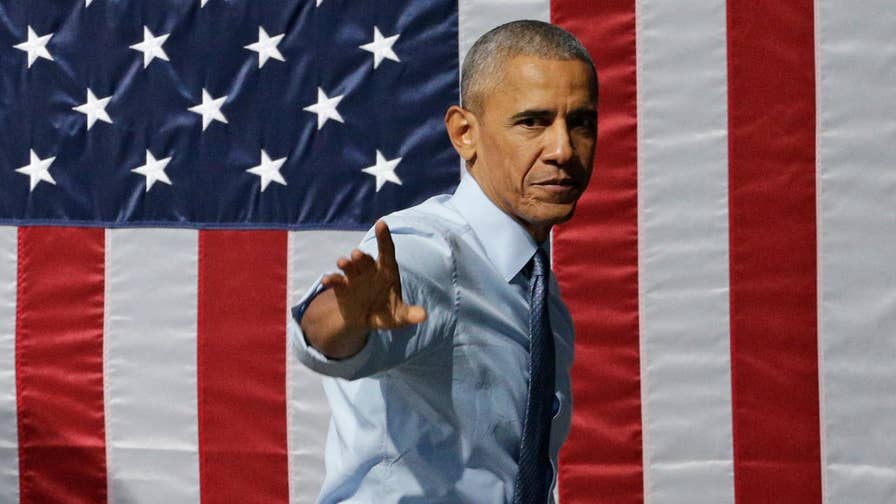 A National Review story suggested that was indeed a reference to the Russia probe.
The day after, Page also sent a link to a Glamour article about then-President Barack Obama.
“Okay, so maybe not the best national security president, but a genuinely good and decent human being,” Page wrote.
Strzok replied: “Yeah, I like him. Just not a fan of the weakness globally. Was thinking about what the administration would be willing to do re Russia.”
Two days later, Strzok texted Page: “Hey talked to him, will let him fill you in. internal joint cyber cd intel piece for D, scenesetter for McDonough brief, Trainor [head of FBI cyber division] directed all cyber info be pulled. I’d let Bill and Jim hammer it out first, though it would be best for D to have it before the Wed WH session.”
In the texts, “D” refers to former FBI Director James Comey, and “McDonough” referred to Obama Chief of Staff Denis McDonough, GOP investigators told Fox News. McDonough’s name, though, was redacted and only turned up when viewed by GOP investigators.
DOCUMENTS SUGGEST POSSIBLE COORDINATION BETWEEN CIA, FBI, OBAMA WHITE HOUSE, AND DEM OFFICIALS EARLY IN TRUMP-RUSSIA PROBE: INVESTIGATORS
The FBI did not immediately respond to Fox News’ request for comment on whether McDonough was briefed on the Russia investigation or which investigation the White House was “running.”
Grassley urged Rosenstein to provide “unredacted copies of all text messages produced to the Committee no later than June 6,” and noted that if the Justice Department refused to provide the copies, they should provide a “privilege log describing the legal basis for withholding that information from Congress.”
Grassley’s request comes amid revelations that there was an FBI informant in contact with the Trump campaign advisers, fueling a separate tug-of-war between the DOJ and GOP lawmakers looking for information about that situation.
'SPYGATE': TRUMP BLASTS 'CRIMINAL DEEP STATE' AMID REPORTS OF FBI INFORMANT SPYING ON CAMPAIGN
The Justice Department requested its internal watchdog, Inspector General Michael Horowitz, investigate any alleged “impropriety or political motivation” in the FBI’s investigation into Russian interference and potential collusion with Trump campaign, following demands from Trump over the weekend.
White House Chief of Staff John Kelly also has organized a meeting for GOP lawmakers to “review highly classified and other information they have requested” with FBI Director Christopher Wray, Rosenstein and others. The meeting is set for Thursday.
Grassley, along with GOP Sens. Lindsey Graham and John Cornyn, penned a separate letter on Wednesday to Kelly and Rosenstein, expressing their “interest in attending such a meeting and in support of providing Congress with documents necessary to conduct oversight of these issues.”
It is unclear at this point whether the three senators will be invited.