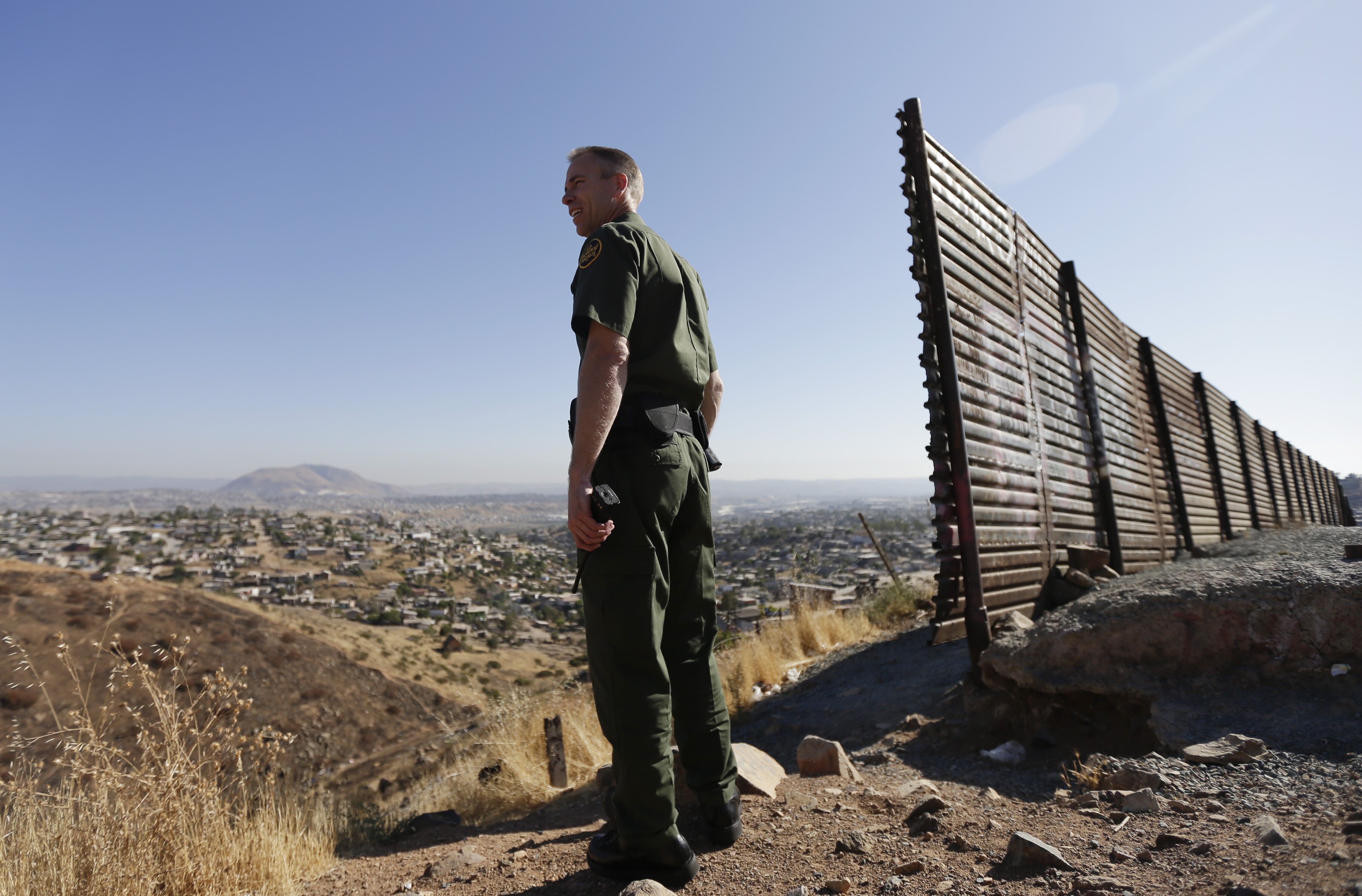 In this June 13, 2013 file photo, US Border Patrol agent Jerry Conlin looks out over Tijuana, Mexico, by the old border wall along the US - Mexico border, where it ends at the base of a hill in San Diego. Gregory Bull/AP

The White House is aggressively stepping up its fight for tighter border enforcement, blaming former President Obama’s “catch-and-release” policies and legal loopholes promoted by congressional Democrats for the surge in fraudulent asylum claims and youth smuggling into the U.S.

“When you want to talk about what's cruel and what's inhumane, we should talk about the consequence of loopholes that make it almost impossible to remove individuals showing up in our country illegally, therefore driving massive numbers to take the dangerous trek, leading to more instability in sending countries; leading to more instability in receiving communities; and contributing to the rise of very dangerous transnational smuggling organizations,” said senior White House advisor Stephen Miller.

As part of its battle, the White House cited new and disturbing numbers that detail the surge in illegal immigration and asylum claims that they say are the result of the wink and nod policies of the Obama era loopholes. Among them:

From 2008 to 2016, asylum requests surged 1,700 percent. Just 20 percent were granted.
Illegal entry attempts have tripled as immigrants have tried to get into the U.S. before new effort to stop them can be implemented.
Apprehensions of illegal immigrants are up 50,000 for the second month in a row.
There has been a 315 percent one-year increase in illegals using children to pose as family units to gain entry into the country.

In a backgrounder and conference call, White House officials pushed for changes to the law and closure of loopholes.

“The current immigration and border crisis and all of the attendant concerns it raises are the exclusive product of loopholes in federal immigration law that Democrats refuse to close,” said the backgrounder from the White House.

“It's very obvious to say that our immigration system is clearly being gamed by those who are aware of the loopholes and shortcomings of our system. Those loopholes are being used by smuggling organizations and by individuals to enter the country illegally. DHS is unable to address these loopholes because of a failure by Congress to act. The president and the administration have outlined the loopholes and the fixes required multiple times over the last 18 months and have worked with Congress to outline changes that need to take place. Yet, they have not.”

Posted by theodore miraldi at 8:39 AM