The DISMANTLING of Obama’s LEGACY Proves Our Government Still WORKS 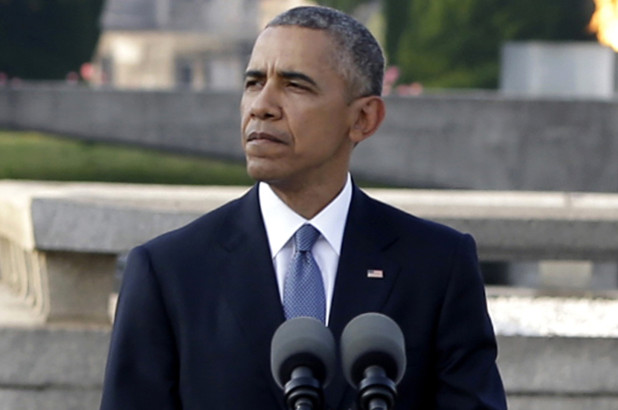 It’s strange that a president who had such a transformative effect on our national discourse will leave such a negligible policy legacy. But Barack Obama, whose imperial term changed the way Americans interact and in some ways paved the way for the Trump presidency, is now watching his much-celebrated and mythologized two-term legacy be systematically demolished.

This, in many ways, tells us that American governance still works.


When President Trump announced that the United States would withdraw from the Iran nuclear deal, he was able to do so without much difficulty because the agreement hinged on presidential fiat rather than national consensus. Obama’s appeasement of Iran was only one in a string of unilateral norm-busting projects that deserve to be dismantled.
You’ll remember the panic-stricken coverage we endured when the United States withdrew from the faux international Paris climate agreement last year. It’s true that the deal was oversold as a matter of policy, but it was symbolic of how the Obama administration concerned itself more with international consensus than domestic compromise.
We know because the president would never have won ratification for a deal remotely similar to the one he entered — nor did he attempt to. Obama had about as much interest in genuine concession as his political adversaries did.
The defense rested on the idea that the Republican-led Congress had failed to “do its job” and act on issues Democrats had deemed vital. But Congress, of course, “acted” all the time by checking the president’s ambitions. This was not only well within its purview but also in many ways the reason the electorate handed the GOP Congress in the first place.
Even if you substantively supported Obama’s actions, the reasoning that girded these supposedly temporary executive decisions was soon revealed to be abusive. In 2012, Obama told the nation that the Deferred Action for Childhood Arrivals program, a stand-in for legislation, was merely a “temporary stopgap measure.” By the time Trump overturned it, the measure represented “who we are as a people.” That’s because by “temporary” Obama always meant “until Democrats can make it permanent through the courts or electoral victories.”
When it became inconvenient, they began arbitrarily implementing parts of laws. When the president decided ObamaCare’s employer mandate was politically inconvenient, he simply skipped it for expediency.
The Constitution doesn’t say, “No Money shall be drawn from the Treasury, but in Consequence of Appropriations made by Law unless liberals tell us it’s super important.” Yet shortly after the passage of the Affordable Care Act, the Obama administration realized it would need more subsidies and asked for an appropriation from Congress.
When Congress, then teeming with politicians elected on the promise of overturning ObamaCare, refused, then-Treasury Secretary Jack Lew ordered the administration to begin making “cost-sharing reduction” payments anyway, without any public legal justification. Obama created a $7 billion-per-year appropriation for insurance companies. Not a single liberal pundit that I know of concerned himself with this norm-breaking.
One federal court found the ObamaCare subsidy unconstitutional, and the case was working its way toward the Supreme Court. But then again, no administration in memory was stopped more often by courts, often by unanimous Supreme Court decisions. Whether it was ignoring the Senate in making appointments or claiming to rewrite employment law, Obama tried to function without constitutional restraints.
None of this even breaches the unprecedented regulatory regime Obama built to circumvent the legislative branch. Even The New York Times characterized his governing as “bureaucratic bulldozing, rather than legislative transparency.”
Fortunately, it is also unsustainable. As we now see, this kind of governance not only corrodes constitutional order but also undermines stability, as new presidents busy themselves overturning the executive actions and international agreements enacted by the previous. While most Americans aren’t sticklers for process, it seems they are content with destroying legacies built on the rickety foundation of unilateralism for political reasons.
That’s fine, too. It means that if Trump engages in similar legislative efforts through the executive office, his agenda will also be dismantled one day. That’s as it should be.
Source>https://nypost.com/2018/05/11/the-dismantling-of-obamas-legacy-proves-our-government-still-works/
Posted by theodore miraldi at 1:41 PM