The Real Questions and Dangers of CRIMINALLY CHARGING the President 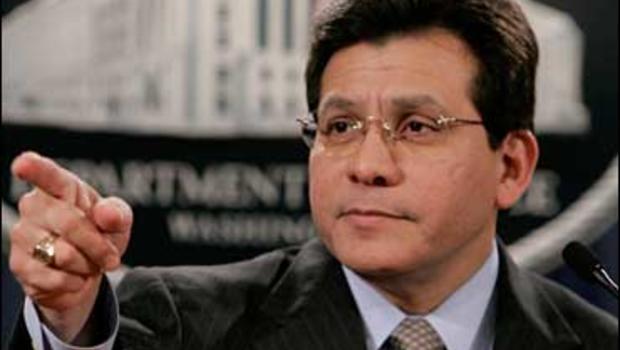 
Donald Trump reportedly has been asked to provide evidence in connection with the investigation by Robert Mueller. The authority to compel a president to provide oral testimony has not been settled, although White House surrogates assert this cannot be done, and recommend the president not testify voluntarily and risk a perjury charge.
Yet, some of these same supporters contend the president is immune from prosecution for obstruction of justice. Either the president can be prosecuted for perjury and obstruction of justice or the president enjoys immunity from prosecution. Furthermore, if the president is immune there is no risk of legal liability in having him provide testimony, although there could be political consequences.
Public officials must be accountable for their actions, and the president is no exception. However, because of constitutional and practical considerations, presidential accountability is arguably different from any other public official. A president likely cannot be prosecuted for actions while in office, but even if the contrary is true, the scope of the pardon power, including a self pardon, would almost certainly relieve a president of criminal legal liability.

A president enjoys immunity from civil liability for actions while in office because presidents must be free to make decisions for our country without fear of civil liability. However, a president can be subject to civil liability for actions before assuming office. What is unknown is whether a president can be prosecuted for conduct while in office.
The president is unique and unlike any other public government official. A prosecution would result in the disruption of a branch of government and would raise serious constitutional issues. This conclusion is supported by 1973 and 2000 legal opinions of the Justice Department in which its attorneys opined that the indictment or criminal prosecution of a sitting president would unconstitutionally undermine the capacity of the executive branch to perform its constitutionally assigned functions.
Imposing criminal liability could have a chilling effect on decisionmaking and paralyze a president from taking actions to serve American interests. Guarding against this is more important to the welfare of our nation than imposing criminal liability for conduct that rarely, if ever, occurs.
This is especially true when other means exist to hold a president accountable, including the checks and balances by the other branches of government, the scrutiny of the media, his concern over his reputation, and his desire to win reelection if eligible. A president who engages in criminal wrongdoing is to be judged and held accountable primarily through the political process of impeachment. Once impeached and removed from office, a former president can be prosecuted for crimes.
The question of whether a sitting president can be prosecuted is rendered moot if the president is pardoned. The pardon power lies exclusively with the president, and the Constitution expressly limits that power in cases of impeachment and to violations of federal law. Importantly, it does not bar self pardons. Recognized canons of construction suggest the courts are likely to conclude a president has the power to grant a self pardon.
Those who share the opposing view argue that allowing a president to grant a self pardon places the president above the law. Finding no express support in the words of the Constitution, critics retreat to the old adage that “no man should be the judge in his own case.” However, if the law does not bar the practice, then arguably, the president does not place himself above the law with a self pardon. Furthermore, when granting a pardon, the president is not acting as a judge and adjudicating his own guilt or innocence. The pardon power is an executive, not judicial, one.
At the conclusion of his investigation, Mueller will likely present his findings and recommendations to the deputy attorney general. If Mueller concludes that the president engaged in criminal wrongdoing, the Justice Department will determine whether to stand or not with the operative conclusion that a sitting president enjoys immunity from prosecution.
The Justice Department may modify its legal position and allow Mueller to indict the president under the theory that while a president cannot be prosecuted for erroneous decisions when exercising clear presidential authority, a president can be subject to criminal liability for actions while in office that are unrelated to presidential duties and that are motivated by personal or political gain, such as obstruction of justice or perjury.
Any indictment would be contested for the reasons articulated in previous Justice Department opinions. A challenge would place the courts in the difficult role of having to evaluate decisions historically reserved to the discretion and judgment of the elected branches. The outcome of such a constitutional battle is unknowable. However, unelected judges would be wise to tread carefully since their involvement could set the nation on a path that ends with removing a democratically elected president.
If the Justice Department continues to stand behind its original position, there are legitimate reasons Mueller should complete his investigation. The Justice Department could decide to hold the Mueller findings and try to indict the president once he is out of office. The authority to do this is unclear, but the possibility of prosecution after office creates the same chilling effect on presidential decisionmaking discussed earlier. A better reason to continue the investigation is that other individuals not cloaked with the same immunity as the president may have engaged in criminal wrongdoing. Indeed, there have already been several indictments and plea agreements arising out of the Mueller investigation.
Importantly, whether or not there is authority to prosecute a president or to grant a self pardon, we as a nation have to deal with the reality, based on the sworn testimony of the leaders of our intelligence community, that Russia interfered in the 2016 presidential election. Our national security demands that we understand fully the actions and methods taken, and we must hold this adversary accountable. For this reason alone, the special counsel investigation should be allowed to continue to its conclusion. Ultimately, while Mueller may not have the constitutional authority to prosecute the president, the Justice Department certainly has the power to refer his findings and recommendations to the Congress.
Source>http://thehill.com/opinion/white-house/387244-the-questions-and-dangers-of-criminally-charging-a-president
Posted by theodore miraldi at 9:07 AM