Columnist Charles Krauthammer Says He Has Just Weeks to Live 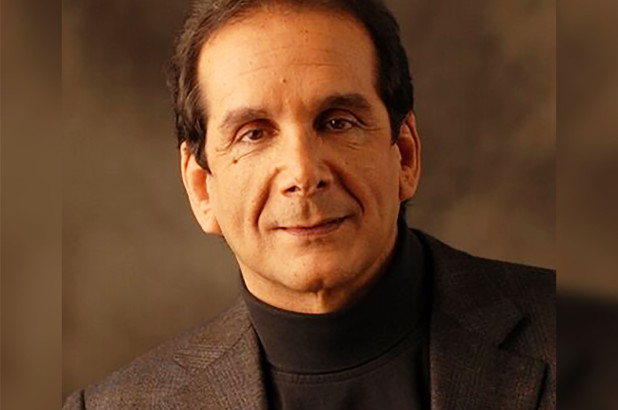 Charles Krauthammer, a Pulitzer Prize-winning conservative columnist who was paralyzed in a diving accident, announced Friday that he has just weeks to live after a recurrence of cancer.
“I have been uncharacteristically silent these past ten months. I had thought that silence would soon be coming to an end, but I’m afraid I must tell you now that fate has decided on a different course for me,” Krauthammer, 68, said in a statement.
The former physician said he underwent surgery in August 2017 to remove a cancerous tumor in his abdomen.
“That operation was thought to have been a success, but it caused a cascade of secondary complications – which I have been fighting in hospital ever since,” he said.
“However, recent tests have revealed that the cancer has returned. There was no sign of it as recently as a month ago, which means it is aggressive and spreading rapidly,” he added.
“My doctors tell me their best estimate is that I have only a few weeks left to live. This is the final verdict. My fight is over.”
Krauthammer became paralyzed while attending Harvard Medical School. He earned his degree but later left psychiatry for reporting.
He has worked for several outlets and won a Pulitzer Prize in 1987 for commentary.
“I leave this life with no regrets. It was a wonderful life – full and complete with the great loves and great endeavors that make it worth living,” Krauthammer said in his lengthy farewell message.
“I am sad to leave, but I leave with the knowledge that I lived the life that I intended.”
Source>https://nypost.com/2018/06/08/columnist-charles-krauthammer-says-he-has-just-weeks-to-live/
Posted by theodore miraldi at 2:44 PM