Justice Department Inspector General Michael Horowitz, in a comprehensive and at-times scathing report on the handling of the Hillary Clinton email investigation, exposed extraordinary text messages by a top FBI official vowing to "stop" Donald Trump -- while calling then-director James Comey's actions in the case "insubordinate."
The long-awaited report was released Thursday afternoon, spanning nearly 600 pages and scrutinizing the actions of numerous figures who played a key role in the Justice Department and FBI's investigation. It is the product of an 18-month review, incorporating dozens of witness interviews and hundreds of thousands of documents.
But one of the most stunning findings concerns texts between agent Peter Strzok and bureau colleague Lisa Page.
According to the report, Page texted Strzok in August 2016 and said: “[Trump’s] not ever going to become president, right? Right?!”
“No. No he won’t. We’ll stop it,” Strzok responded.
Strzok was a lead investigator on the Clinton case and later worked the Russia investigation before being removed from that assignment. 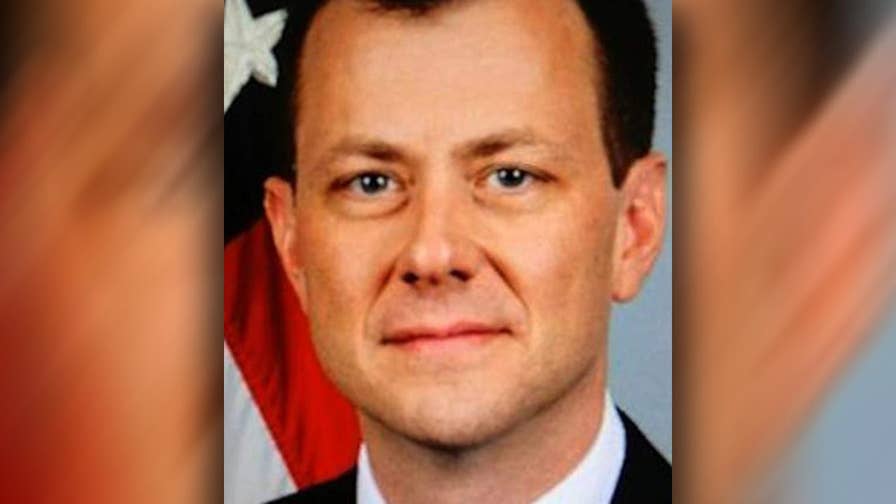 “In particular, we were concerned about text messages exchanged by FBI Deputy Assistant Director Peter Strzok and Lisa Page, Special Counsel to the Deputy Director, that potentially indicated or created the appearance that investigative decisions were impacted by bias or improper considerations,” the IG report said.
Still, the report said investigators found “no evidence that the conclusions by the prosecutors were affected by bias or other improper considerations.”
Months ago, Horowitz revealed other anti-Trump texts between the two FBI officials, who were romantically involved. The "stop" Trump text goes further, and fueled claims from the White House that the bureau was biased against him.
Press Secretary Sarah Sanders said the report "reaffirmed the president's suspicions about Comey's conduct and the political bias amongst some of the members of the FBI." 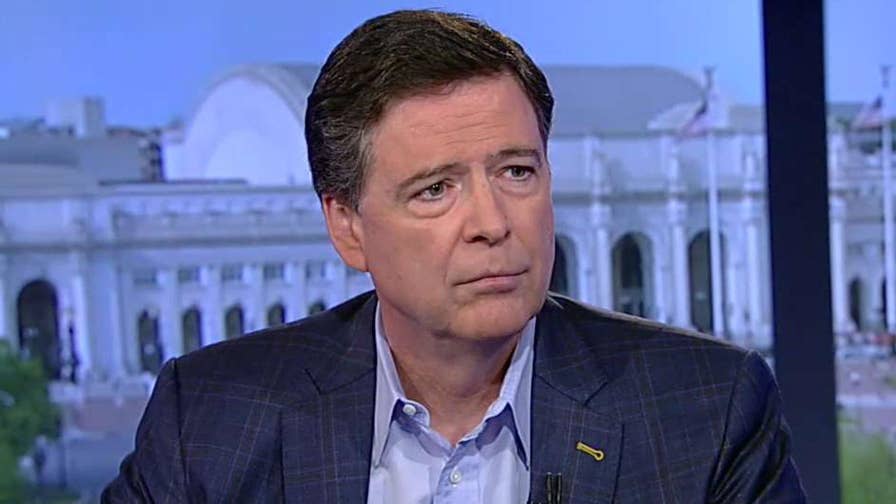 The FBI, in its response to the review, said the inspector general “found no evidence to connect the political views expressed by these employees with the specific investigative decisions.”
But it said the inspector general has referred five employees for investigation into whether the messages violated the FBI’s Offense Codes and Penalty Guidelines.
Horowitz’s investigation looked at a variety of other allegations, including whether it was improper for Comey to make a public announcement recommending against prosecution over the Clinton email arrangement while calling her actions "extremely careless."
"We found that it was extraordinary and insubordinate for Comey to conceal his intentions from his superiors, the Attorney General and Deputy Attorney General, for the admitted purpose of preventing them from telling him not to make the statement, and to instruct his subordinates in the FBI to do the same," Horowitz’s report says.
CLICK TO READ THE FULL REPORT
Comey responded to the report on Thursday by tweeting that he believes the “conclusions are reasonable, even though I disagree with some.”

I respect the DOJ IG office, which is why I urged them to do this review. The conclusions are reasonable, even though I disagree with some. People of good faith can see an unprecedented situation differently. I pray no Director faces it again. Thanks to IG’s people for hard work.

Twitter Ads info and privacy
“People of good faith can see an unprecedented situation differently,” Comey said.
Trump fired Comey in May 2017, citing the Clinton email probe -- though he later cited the Russia probe as well.
The report also faults the FBI – and specifically Strzok – for not acting quickly enough after the discovery of Clinton emails on the laptop of ex-Rep. Anthony Weiner in the fall of 2016. The report says Strzok and others argued that the Russia investigation was a “higher priority” at the time than reviewing the laptop.
“We found this explanation unpersuasive and concerning,” the report said, noting the FBI could have gotten a search warrant in late September, but waited more than a month to do so -- ultimately revisiting the case days before the election. Clinton has long said that announcement contributed to her defeat. But the report also suggested that Strzok, ironically, may have acted out of bias for Clinton in slow-walking the laptop review. 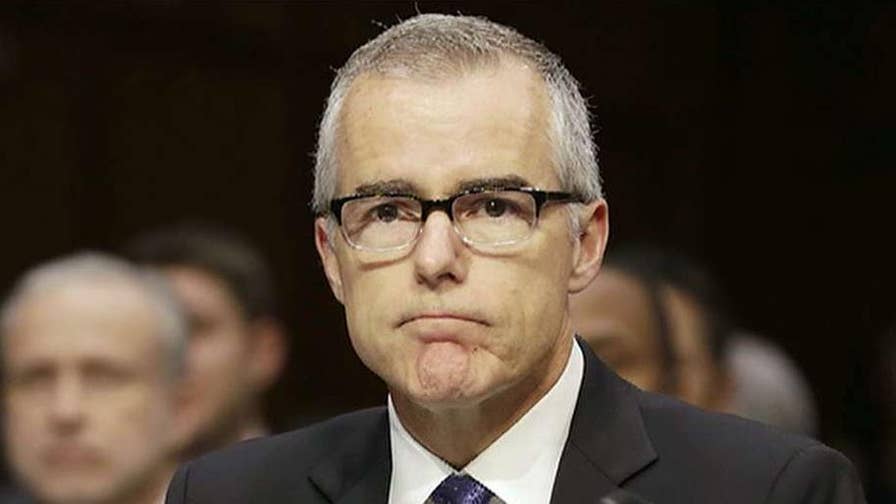 Based on the Strzok text messages, the report said, “We concluded that we did not have confidence that this decision by Strzok was free from bias.”
In the report, Horowitz also criticized then-Attorney General Loretta Lynch’s infamous meeting on an Arizona tarmac with former President Bill Clinton just days before the FBI decided it would not recommend criminal charges against Hillary Clinton.
The report said investigators "found no evidence" of an "inappropriate discussion." But it found that Lynch’s "failure to recognize the appearance problem created by former President Clinton’s visit and to take action to cut the visit short was an error in judgment."
House Oversight and Government Reform Committee Chairman Trey Gowdy, R-S.C., said in a statement the report shows “an alarming and destructive level of animus displayed by top officials at the FBI.”
Other Republican lawmakers pounced on the newly revealed Strzok text.
“In Louisiana, we call that bias, we don't call that objective,” Sen. John Kennedy, R-La., said on Fox News’ “Outnumbered Overtime” on Thursday.
Strzok had been assigned to Robert Mueller’s special counsel probe, but has since been reassigned. Page later resigned. 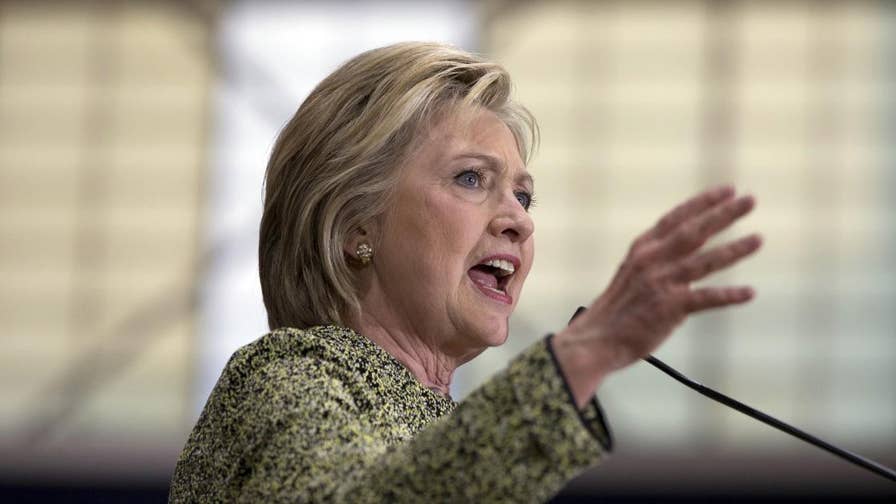 An attorney for Strzok, Aitan Goelman, denied the agent’s personal political views influenced his work. “His dedication to unbiased service is a fact that would be universally echoed by the thousands of people who have worked with Pete during his 26 years of service in the FBI and U.S. Army,” Goelman said.
The final report could lead to repercussions for some in the DOJ and FBI. 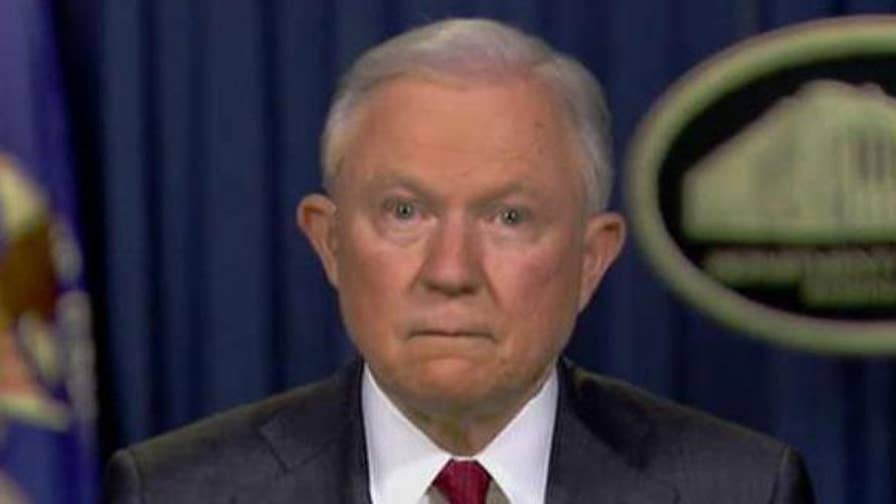 Attorney General Jeff Sessions said in a statement that the report “reveals a number of significant errors by the senior leadership of the Department of Justice and the FBI during the previous administration.”
In an interview with The Hill’s new web show “Rising” on Wednesday, Sessions said the option of “termination” is on the table for those accused of serious wrongdoing. Some of the key figures, though, have already been fired or left the government.
A related review already has put former top FBI official Andrew McCabe in legal jeopardy. The Justice Department’s internal watchdog sent a criminal referral for McCabe in April to the U.S. attorney’s office in Washington.
That was in response to Horowitz’s finding that McCabe leaked information to the press and later lied about it to Comey and federal investigators, prompting Sessions to fire him in March. The Washington Post reported that Comey has since been questioned by the U.S. attorney’s office as part of a McCabe investigation.
In his report Thursday, Horowitz also reviewed the circumstances of whether McCabe should have recused himself earlier from the Clinton probe because of his family’s ties to the Democratic Party.
McCabe’s wife took campaign money from a group tied to then-Democratic Gov. Terry McAuliffe, a Clinton ally, during her unsuccessful run for office in Virginia in 2015. McCabe did not recuse himself until a week before the 2016 election.
Horowitz said McCabe “did not fully comply with his recusal in a few instances” related to the Clinton Foundation investigation. He also said the FBI’s ethics officials and attorneys “did not fully appreciate the potential significant implications” to McCabe and the FBI from campaign contributions to his wife’s campaign.
An attorney for McCabe, Michael Bromwich, said in a Thursday statement that “any and all claims that political bias or political influence affected Mr. McCabe’s actions” are “entirely baseless.”
In a New York Times op-ed on Thursday, Comey stood by his decision not to recommend prosecuting Clinton over her emails while secretary of state.
“The report also resoundingly demonstrates that there was no prosecutable case against Mrs. Clinton, as we had concluded,” Comey said. “Although that probably will not stop some from continuing to claim the opposite is true, this independent assessment will be useful to thoughtful people and an important contribution to the historical record.”
Fox News’ Catherine Herridge, Judson Berger, Bill Mears, Jake Gibson and Brooke Singman contributed to this report.
Source>http://www.foxnews.com/politics/2018/06/14/ig-report-on-clinton-email-probe-reveals-fbi-agents-stop-trump-text-calls-comey-insubordinate.html
Posted by theodore miraldi at 4:16 PM