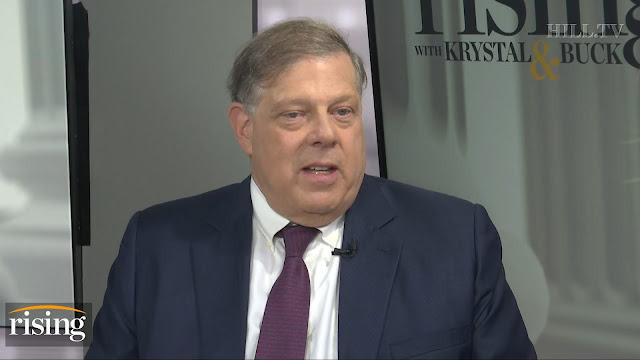 Tess Bonn
Prominent Democratic pollster Mark Penn said on Thursday that a vast majority of Americans don’t really support so-called sanctuary cities that shield immigrants in the country illegally from deportation.
Penn, who served as chief strategist for Hillary Clinton's 2008 presidential campaign, revealed that 84 percent of Americans favor turning undocumented immigrants over to federal agents.
“I asked them, ‘Do you think notifying ICE [Immigration and Customs Enforcement] would in fact increase crime because it would inhibit people from reporting crimes or does it decrease crimes because it takes criminals off the street,’ and they overwhelming said ‘decrease,’ ” Penn told Hill.TV's “Rising.”
Penn said the response was strikingly “out of sync” with what the public might think about sanctuary cities. The broad term refers to cities that don’t fully cooperate with federal authorities when it comes to turning over people in the country illegally to immigration enforcement.
“When someone’s arrested, they expect someone will notify federal immigration authorities just as they would expect someone who violates state tax law will find out that they notified the IRS,” the pollster said.
President Trump has made sanctuary cities a frequent target during his administration, arguing that they make the U.S. less safe. In January, Trump signed an executive order in an effort to withhold money from sanctuary cities, though some of that money did still go to those cities.
Some cities protested Trump’s crackdown. Mayors, including New York’s Bill de Blasio and then-New Orleans Mayor Mitch Landrieu, boycotted a meeting with Trump following his executive order. De Blasio called the order a "racist assault" on sanctuary cities.
But it looks like Trump has achieved a victory — at least for now.
A federal appeals court on Tuesday temporarily narrowed the scope of a nationwide injunction against the Trump administration's attempt to withhold grants from sanctuary cities.