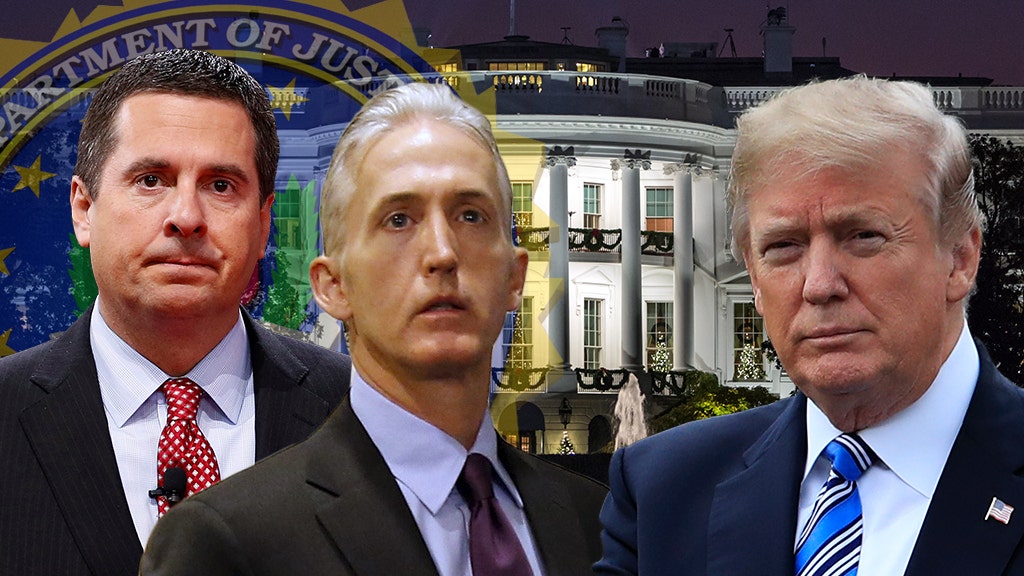 
The FBI on Friday sent a classified letter to House GOP officials disclosing whether the agency used top-secret confidential informants in the Trump campaign prior to opening an investigation into Russian election meddling, Fox News has learned.
Congressional Republicans had formally demanded an explanation from the FBI after numerous former Trump officials said they suspected the agency had attempted to infiltriate the campaign.
In a letter to House Intelligence Committee Chair Devin Nunes, R-Calif., obtained by Fox News, the FBI says its confidential explanation outlined whether the "FBI utilized confidential human sources prior to the issuance of the Electronic Communication initiating that investigation."
The agency added that it had forwarded House Republicans' request for summaries and transcripts of any conversations between Trump officials and informants to the director of national intelligence.

SPYGATE could be one of the biggest political scandals in history!

Twitter Ads info and privacy
But Nunes wasn't satisfied with the FBI's reply, and sent a letter to Rosenstein demanding more answers -- including an explanation of how many informants were used, and at what expense -- by Monday evening, Fox News has learned.
TRUMP DEMANDS PROBE OF CAMPAIGN 'SPY'
"There's lots of questions that are unanswered," House Judiciary Commitee Chair Bob Goodlatte, R-Va., said in an exclusive interview on Fox News' "Sunday Morning Futures."
GOP Rep. Peter King, R-N.Y., echoed that sentiment on Sunday, telling Fox News, "There is continual bad faith from the FBI and the Department of Justice."
Allegations that the FBI attempted to infiltrate the Trump campaign prior to the initiation of the formal Russia probe on July 31, 2016, have roiled Washington, amid numerous findings of anti-Trump bias among top officials at the agency.
In one instance, over drinks one evening at a high-end London hotel in the summer of 2016, an alleged FBI informant reportedly asked former Trump adviser George Papadopoulos if he knew anything about Russian attempts to influence the 2016 presidential election.
"If the FBI or DOJ was infiltrating a campaign for the benefit of another campaign, that is a really big deal,” President Trump tweeted in May. 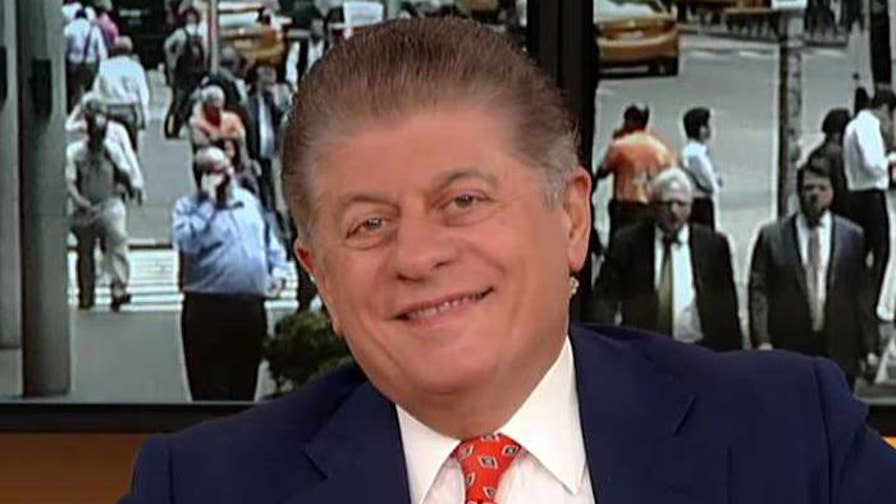 The FBI also told Nunes it is still working to produce documents pertaining to Christopher Steele, the author of the salacious and unverified Trump dossier.
“Our efforts have resulted in the committees finally getting access to information that was sought months ago, but some important requests remain to be completed," AshLee Strong, a spokesperson for House Speaker Paul Ryan, said in a statement.
"Additional time has been requested for the outstanding items, and based on our understanding of the process we believe that request is reasonable," Strong added. "We expect the department to meet its full obligations to the two committees."
The House Judiciary Committee and House Intelligence Committee have requested more than a million documents from the FBI and DOJ related to the Clinton investigation and surveillance of members of the Trump campaign during the 2016 presidential campaign.
But in a separate letter to the House Oversight Committee and the House Judiciary Committee last week, also obtained by Fox News, the FBI acknowledged that it still has not fully complied with the subpoenas.
"The FBI continues to diligently and expeditiously collect, review, and process ... materials related to communications between Peter Strzok and personnel in former FBI Deputy Director McCabe's office," the FBI's letter to House Oversight Chair Trey Gowdy, R-S.C., and Goodlatte stated.

"Our efforts have resulted in the committees finally getting access to information that was sought months ago."
- AshLee Strong, spokesperson for House Speaker Paul Ryan

Strzok, the FBI agent facing criticism for writing a slew of anti-Trump text messages while he was leading the investigation into Hillary Clinton's email practices, was subpoenaed to appear before the House Judiciary Committee this week, Fox News confirmed Friday.
FBI AGENT PETER STRZOK 'ESCORTED' FROM FBI BUILDING BY SECURITY
"We have a lot of questions for Mr. Strzok," Goodlatte said on "Sunday Morning Futures," calling the FBI agent's anti-Trump text messages "very disturbing."
"There are a lot of questions" as to whether the FBI intentionally hid some of the anti-Trump text messages, which were only unearthed by the DOJ watchdog during an independent probe, Goodlatte added.
The FBI's disclosures came days after Gowdy said on "Fox News Sunday" that House Speaker Paul Ryan, R-Wis., had warned FBI Director Christopher Wray that “there’s going to be action on the floor of the House this week if FBI and DOJ do not comply with our subpoena request.”
Source>http://www.foxnews.com/politics/2018/06/24/fbi-sends-classified-letter-to-house-gop-on-use-informants-in-trump-campaign.html
Posted by theodore miraldi at 4:53 PM