Gorsuch, in Union Ruling, Tips Scales on Another LANDMARK Case


Supreme Court Justice Neil Gorsuch tipped the scales on another landmark decision on Wednesday, joining the conservative majority for the 5-4 ruling against so-called "fair share" union fees.
It was the latest example of President Trump's nominee delivering a win for the administration's agenda and conservative causes, coming on the heels of the 5-4 ruling upholding Trump's "travel ban." 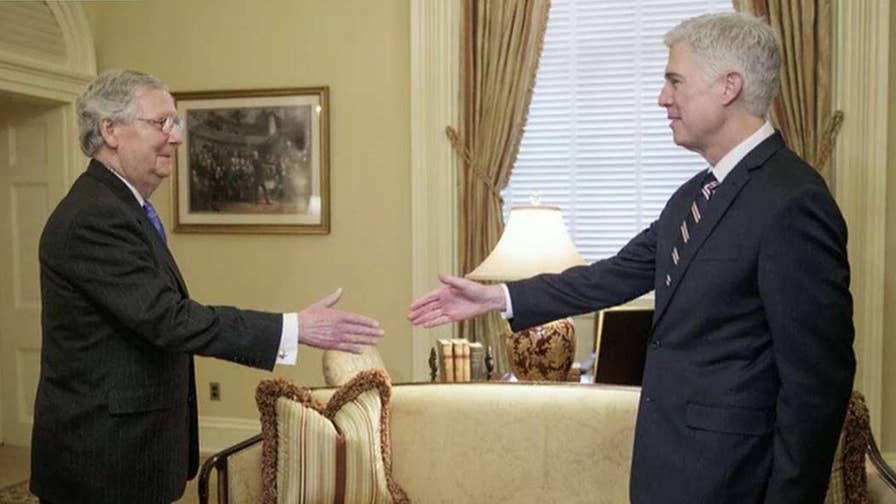 In the union case, Gorsuch's impact was strikingly evident.
Justices split 4-4 on the issue in a similar case following the death of Justice Antonin Scalia. After Gorsuch was confirmed to fill the seat, he played it close to the vest during arguments in February -- offering no comments or questions from the bench during nearly 70 minutes of oral arguments.
But in the end, Gorsuch sided with a conservative majority ruling that state government workers cannot be forced to pay “fair share” fees to support collective bargaining and other union activities.
The decision, which dealt a blow to unions, said that a union’s contract negotiations over pay and benefits were inextricably linked with its broader political activities, and concluded workers had a limited constitutional right not to underwrite such “speech.”
The case specifically examined union fees paid by non-members.
“The procedure violates the First Amendment and cannot continue,” Justice Samuel Alito wrote in the majority opinion. “Neither an agency fee nor any other payment to the union may be deducted from a nonmembers wages, nor may any other attempt be made to collect such a payment, unless the employee affirmatively consents to pay.”
The court now ends its session with Gorsuch's impact on full display.
Gorsuch also sided with conservative justices this week to uphold Trump’s so-called travel ban — the first major high court decision on a Trump administration policy. The 5-4 ruling upheld selective travel restrictions for certain Muslim majority countries. Chief Justice John Roberts wrote that the order was “squarely within the scope of presidential authority” under federal law.
Liberal justices and advocates lamented the outcome of both the travel ban and union cases.
On the former, Justice Sonia Sotomayor suggested the policy remained discriminatory: “Based on the evidence in the record, a reasonable observer would conclude that the proclamation was motivated by anti-Muslim animus.”
Writing the dissent for the court's four liberal members in the union case, Justice Elena Kagan said the majority succeeded in its "crusade" by "turning the First Amendment into a sword."
But conservatives cheered.
After the travel ban decision, Senate Majority Leader Mitch McConnell's campaign arm tweeted a photo of him and Gorsuch -- a reminder that it was McConnell who stalled on former President Barack Obama's Supreme Court nominee, and later helped confirm Trump's nominee last year. 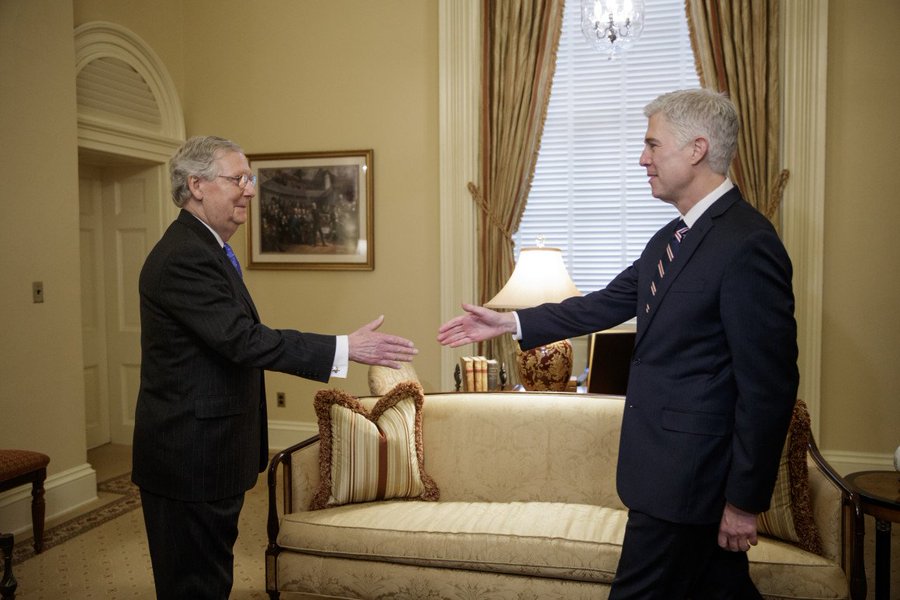 Twitter Ads info and privacy
McConnell and his staff have touted the Gorsuch confirmation as a major GOP win.
Gorsuch had kept observers guessing. In April, he sided against the Trump administration in a case involving government efforts to deport foreigners convicted of serious crimes in the U.S., aligning with the court’s four more liberal justices.
Fox News’ Bill Mears contributed to this report.
Source>http://www.foxnews.com/politics/2018/06/27/gorsuch-in-union-ruling-tips-scales-on-another-landmark-case.html
Posted by theodore miraldi at 1:10 PM