Graham Presses Rosenstein About RECUSING Himself From Mueller Probe


Top Republican Sen. Lindsey Graham is pressing Deputy Attorney General Rod Rosenstein on whether the Justice Department official should recuse himself from the Robert Mueller investigation due to his own connections to the case.
In a letter obtained by Fox News, Graham, R-S.C., asked Rosenstein whether he considers himself a “potential witness” in the Mueller probe in connection with the firing of FBI Director James Comey.
“If so, should you recuse yourself from further interactions with and oversight of the Mueller investigation?” Graham asked.
Graham, in the May 31-dated letter, cited reports that Mueller’s investigation is looking at whether President Trump obstructed justice by firing Comey – and the fact that Trump relied on a Rosenstein-authored memo to justify the firing.
Rosenstein’s role was further detailed in a New York Times report earlier this week on a memo written by ousted FBI official Andrew McCabe. Fox News has confirmed that the memo described a meeting where Rosenstein claimed Trump had asked him to reference Russia in his recommendation to fire Comey. 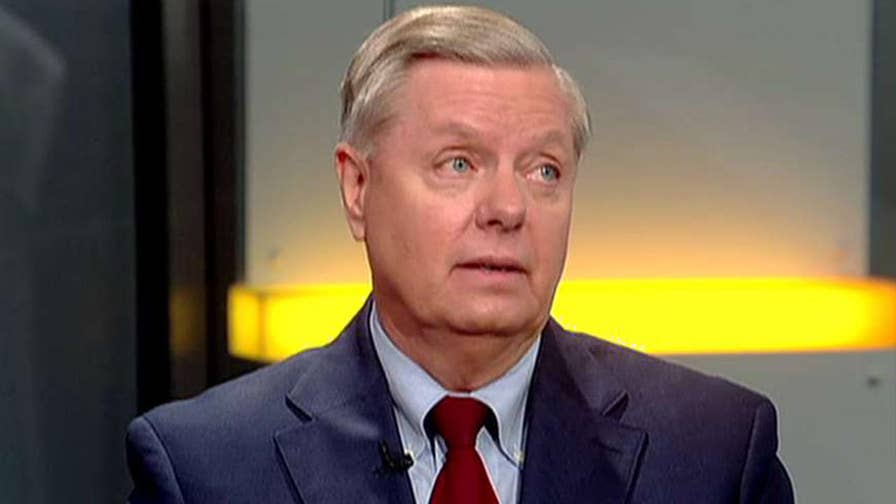 Rosenstein declined, and instead focused on Comey's handling of the Hillary Clinton email probe.
Trump pushed back on the account Thursday.
“Not that it matters but I never fired James Comey because of Russia! The Corrupt Mainstream media loves to keep pushing that narrative, but they know it is not true!” Trump tweeted.
A source with knowledge of the investigation told Fox News that Trump just wanted Rosenstein to mention that Comey told him he was not under investigation in the Russia case.
Trump himself, though, has cited the Russia probe in explaining his decision to fire Comey. Any indications that the president was in fact motivated by the Russia investigation to act against Comey could fuel the obstruction of justice component of Mueller’s probe.
McCabe's memo reportedly has been turned over to Mueller.
Asked for comment Friday on Graham's letter, a DOJ official said the letter has been received.
The new pressure on Rosenstein, meanwhile, comes as Trump continues to hammer Attorney General Jeff Sessions over his original decision to recuse himself from the Russia probe – which handed the reins to Rosenstein, who appointed Mueller after Comey’s firing. Trump earlier this week said he wishes he had picked another nominee for attorney general.
Fox News’ John Roberts and Jake Gibson contributed to this report.
Source>http://www.foxnews.com/politics/2018/06/01/graham-presses-rosenstein-on-whether-should-recuse-from-mueller-probe.html
Posted by theodore miraldi at 11:50 AM