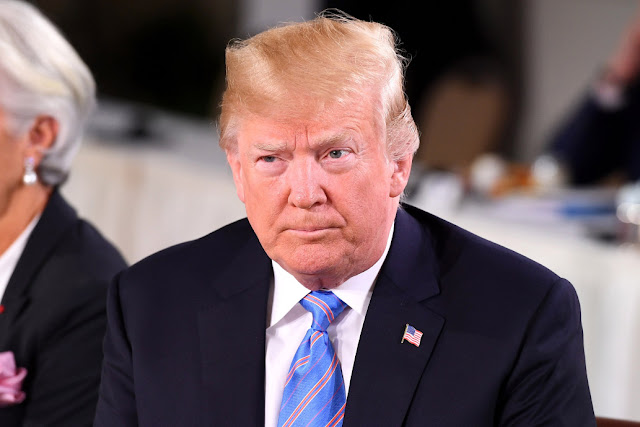 Paul Sperry
A House Republican Tuesday unmasked two of the five FBI investigators cited in the recently released inspector general’s report for expressing anti-Trump and pro-Clinton sentiment in work-related instant messages.
The previously unnamed FBI officials — “FBI Attorney 2” and “Agent 5” — are Kevin Clinesmith and Sally Moyer, respectively, according to House Judiciary Committee member Rep. Mark Meadows (R-NC), who revealed their identities over the objection of the FBI during a hearing on the IG’s findings.
The two were assigned to the bureau’s Hillary Clinton email investigation, according to the IG’s report, while Clinesmith also later worked as a top lawyer on the Trump-Russia investigation and the special-counsel probe.
Clinesmith sent a number of pro-Clinton, anti-Trump political messages over the FBI’s computer system, which the report said “raised concerns about potential bias” that may have impacted the investigation. Likewise, the report cited Moyer rooting for Clinton and bashing Trump during the 2016 campaign.
Meadows said the pair was among five FBI officials Justice Department IG Michael Horowitz referred for investigation after additional anti-Trump messages surfaced.
All five worked on the Clinton case, accounting for one-third of the 15 who were assigned to the investigation. One was Peter Strzok, who was kicked off the special-counsel team last year and escorted from the FBI headquarters building Friday as part of internal discipline proceedings. He and his mistress, Lisa Page, who left the bureau last month, also supervised the Trump-Russia investigation.
The IG report said Page texted Strzok in August 2016, after Trump won the GOP presidential nomination, fretting, “[Trump’s] not ever going to become president, right? Right?!”
“No. No he won’t. We’ll stop it,” Strzok replied.
Horowitz testified that the FBI was withholding the names of the other rogue agents from Congress and the public because “they work on counterintelligence” and can’t be exposed.
But Meadows argued that both Clinesmith and Moyer work for the FBI’s office of legal counsel, and are no longer in “counterintelligence,” as the FBI claimed.
“They don’t work in counterintelligence,” Meadows said in an exchange with Horowitz. “If that’s the reason the FBI is giving, they’re giving you false information, because they work for the general counsel.”
Horowitz confirmed the two worked in that office, which was headed by Trisha Anderson, who also recently resigned. Anderson also worked closely with Strzok and was married to a top Obama White House official. FEC records show she gave political contributions to Obama.
Moyer, in an Oct. 28, 2016, instant message, said she was “sick” of Trump and later called his supporters “retarded.” On Election Day, she said Clinton had “better win … otherwise i’m gonna be walking around with both my guns … and like quitting on the spot,” adding, “screw you trump.”
After Trump upset Clinton at the polls, the same investigator complained in another message, “f–k trump,” and told a colleague she would consider any presidential award for public service from Trump an “insult.” “I’d refuse it,” she wrote.
Meanwhile, Clinesmith lamented Clinton’s loss the day after the election, messaging to several FBI employees, “I am numb.” He added, “I am so stressed about what I could have done differently.”
Clinesmith also expressed regret over the reopening of the Clinton email case on Oct. 28, 2016, arguing that it “broke the momentum” of Clinton’s campaign. He warned at the time that the belated move, which was pressured by leaks over the discovery of additional classified emails on the laptop of Clinton’s aide in New York, could initiate “the destruction of the republic.”
After Clinesmith messaged another FBI employee that he was “just devastated” over Trump’s unexpected victory, he launched into a rant: “I just can’t imagine the systematic disassembly of the progress we made over the last 8 years. ACA is gone. Who knows if the rhetoric about deporting people, walls, and crap is true. I honestly feel like there is going to be a lot more gun issues, too, the crazies won finally. This is the tea party on steroids. And the GOP is going to be lost, they have to deal with an incumbent in 4 years. We have to fight this again. Also Pence is stupid.”
Weeks later, the Russiagate investigator added, “Viva le resistance,” signaling he planned to fight back against Trump.
The report revealed that in late February of this year, special counsel Robert Mueller removed Clinesmith from his investigation after Horowitz provided Mueller some of the incendiary instant messages Clinesmith wrote about Trump.
The other politically conflicted FBI investigator — “Agent 1” — remains anonymous. That agent, too, worked on the Clinton investigation and, in fact, participated in the interview of Clinton on July 2, 2016 — just days before the FBI cleared her of wrongdoing in the email scandal. The next day, July 6, the agent boasted in a text message that she would be the “future president,” according to the IG report.
Speaking through his lawyer, Strzok said he was the victim of “unfounded personal attacks.” Clinesmith and Moyer could not be reached for comment.
Source>https://nypost.com/2018/06/19/house-goper-unmasks-identities-of-anti-trump-fbi-agents/
Posted by theodore miraldi at 8:17 AM