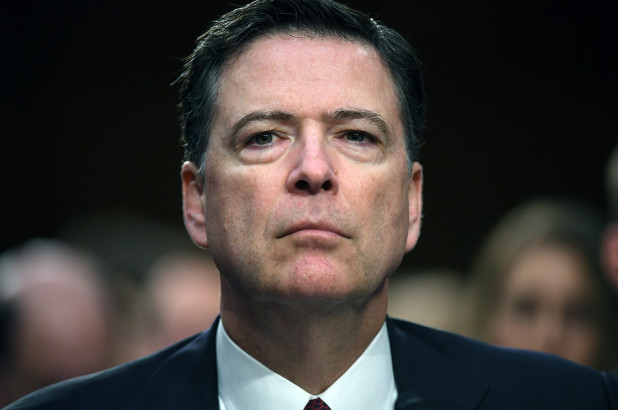 
The Department of Justice’s internal watchdog has concluded that former FBI Director James Comey defied authority at times during his investigation into Hillary Clinton’s use of private email server, according to a report on Wednesday.
Citing a draft of Inspector General Michael Horowitz’s report, ABC said Comey ignored objections from the DOJ when he alerted Congress in a letter that the FBI had reopened the probe into Clinton just days before the 2016 presidential election.
Clinton’s camp has argued that Comey’s action sunk her campaign.
Before he sent the letter on Oct. 28, at least one senior DOH official informed the FBI that publicizing the action so close to the election would violate longstanding policy in the department and would ignore federal guidelines barring the disclosure of information related to an ongoing investigation, ABC reported.
The draft report also reprimanded former Attorney General Loretta Lynch for her handling of the Clinton investigation.
The network said there’s no indication that Trump will see or has seen the draft before it is released and cautioned that Horowitz could revise his report now that current and former officials named in it respond to his conclusions.
Source>https://nypost.com/2018/06/06/comey-defied-authority-during-clinton-probe-inspector-general/
Posted by theodore miraldi at 1:49 PM