Justice Anthony Kennedy announced Wednesday that he is retiring, giving President Trump a critical opportunity to move the Supreme Court more solidly to the right in what promises to be an epic confirmation fight.
The 81-year-old senior associate justice informed the White House in a letter of his intention to step down from the high court after 30 years, effective July 31. Rumors of another vacancy have reverberated across Washington for months; the decision comes a year after Kennedy's former law clerk Neil Gorsuch took over the seat occupied by the late Justice Antonin Scalia.
Trump, reacting to the opportunity to select a second high court pick, called Kennedy a "great justice" and said he'd begin the search for a replacement immediately.
“Hopefully, we’re going to pick somebody who will be as outstanding,” Trump said.
On the Senate floor, Senate Majority Leader Mitch McConnell vowed the chamber would vote “this fall” on Kennedy’s successor.
Arguably the most powerful member of the Supreme Court, Kennedy's moderate-conservative views often left him the "swing" -- or deciding -- vote in hot-button cases ranging from abortion to gay rights to political campaign spending. 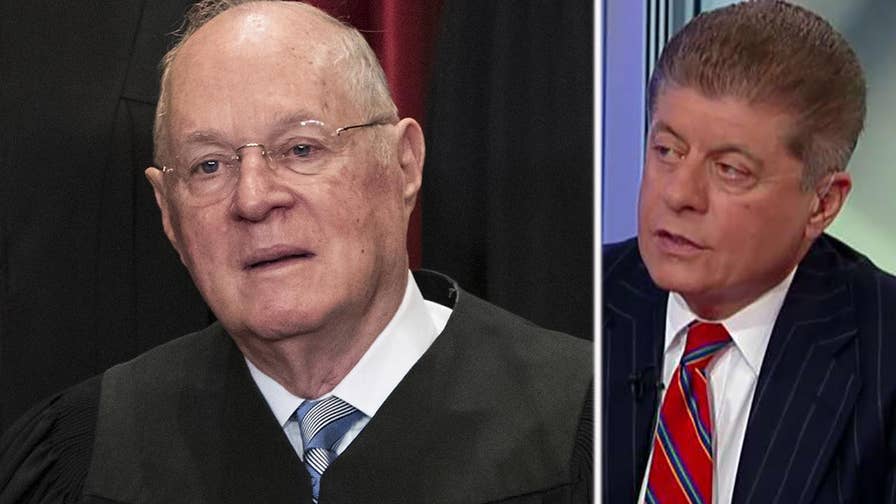 A Supreme Court vacancy will likely become a key issue in a midterm congressional election year, when control of the Senate is at stake.
That body will consider Trump's latest high court nominee, requiring only a simple majority for confirmation. GOP leaders changed the rules when Gorsuch was being considered, to get rid of the 60-vote procedural filibuster threshold.
But Democrats are expected to try and transform the court opening into a broader political referendum on Trump's leadership, and the future of social issues like immigration, gun rights and race.
Republicans, for their part, hope Kennedy's replacement helps them in the November elections. Still, McConnell indicated he hopes for a vote in the fall.
Without Kennedy, the court will be split between four liberal justices who were appointed by Democratic presidents and four conservatives who were named by Republicans. Trump's nominee is likely to give the conservatives a solid majority and will face a Senate process in which Republicans hold the slimmest majority, but Democrats can't delay confirmation.
Kennedy was nominated to the court by President Ronald Reagan in 1987 and sworn in the following year.
While often voting with the court’s conservative bloc, he has been a key swing vote in a number of cases and occasionally sided with the court’s liberal wing, particularly on issues such as gay rights and abortion. Most notably, he wrote the 2015 ruling on Obergefell v. Hodges, which found that a ban on same-sex marriage was unconstitutional. 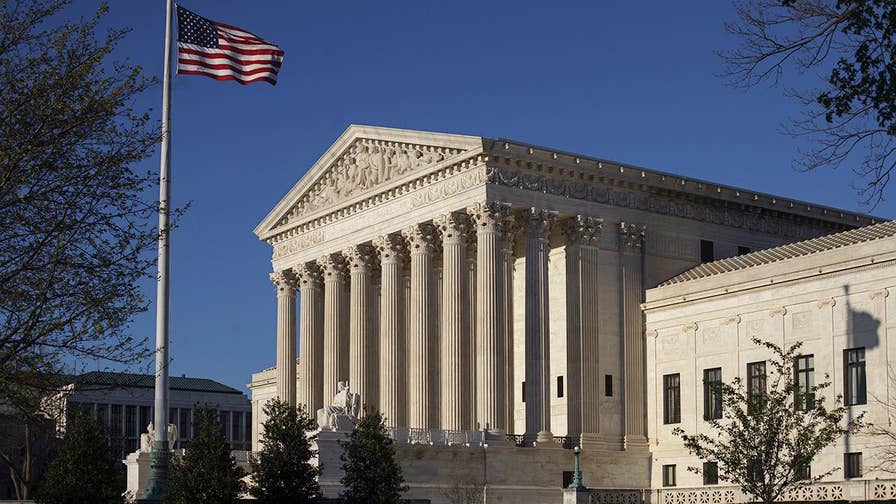 His retirement had been rumored in recent years, with several of his former clerks having said they thought he was considering stepping down.
While it is not clear whom Trump will nominate, the eventual nominee is likely to face resistance from Senate Democrats -- who are still bristling from Senate Republicans’ blockade of Obama-pick Merrick Garland in 2016 and would balk at the possibility of Trump hardening the conservative bloc on the court.
Kennedy’s retirement comes after both Gorsuch and Kennedy were key votes in two controversial decisions this week -- upholding Trump's 'travel ban' and ruling against union's 'fair share' fees.
Both decisions were 5-4.
Fox News' Adam Shaw and The Associated Press contributed to this report.
Source>http://www.foxnews.com/politics/2018/06/27/supreme-court-justice-anthony-kennedy-to-retire.html
Posted by theodore miraldi at 3:51 PM