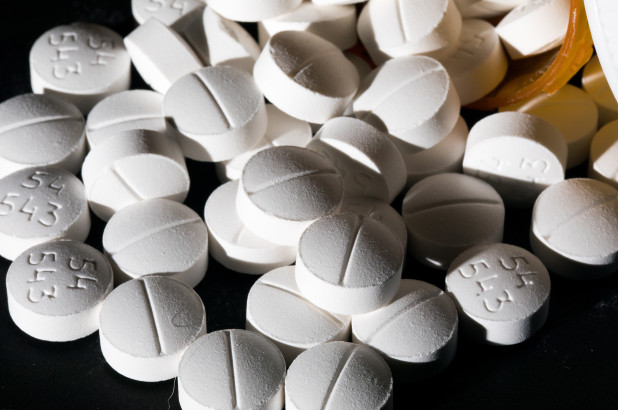 
Two men have been charged with transporting enough fentanyl through Nebraska to kill more than 10 times the state’s entire population.
Nelson Nicolas Nunez-Acosta, 52, and Felipe Genao Minaya, 47, were stopped by a state trooper while traveling ​in a tractor-trailer ​on ​eastbound ​I-80 ​near Kearney, Nebraska.
​The Nebraska State Patrol found 118 pounds of ​fentanyl inside a hidden compartment​ in the trailer, according to the feds.
The ​synthetic opioid​ — which is 40 to 50 times stronger than heroin — is so powerful that just 2 milligrams can prove deadly, and reports estimate that the stash seized on April 26 ​is enough to kill more than 26 million people.
Nebraska has a population of just 1.9 million, according to the US Census.
Nunez-Acosta and Minaya, both of Newark, ​New Jersey, were charged ​Wednesday with possessing more than 400 grams of fentanyl with intent to distribute it, which is punishable by up to life in prison, court records show.
​US Attorney General Jeff Sessions praised the troopers responsible for the bust, saying: ” I have no doubt that these outstanding law enforcement officers have saved lives — and that this case will help us get closer to ending this unprecedented drug epidemic.”
Both defendants were scheduled to appear in federal court in Lincoln, Nebraska, on Friday afternoon.
Source>https://nypost.com/2018/06/08/men-caught-with-enough-fentanyl-to-kill-26-million-people/
Posted by theodore miraldi at 2:58 PM