The Democrats are at WAR -- with Each Other. And it Could Spell DISASTER in November 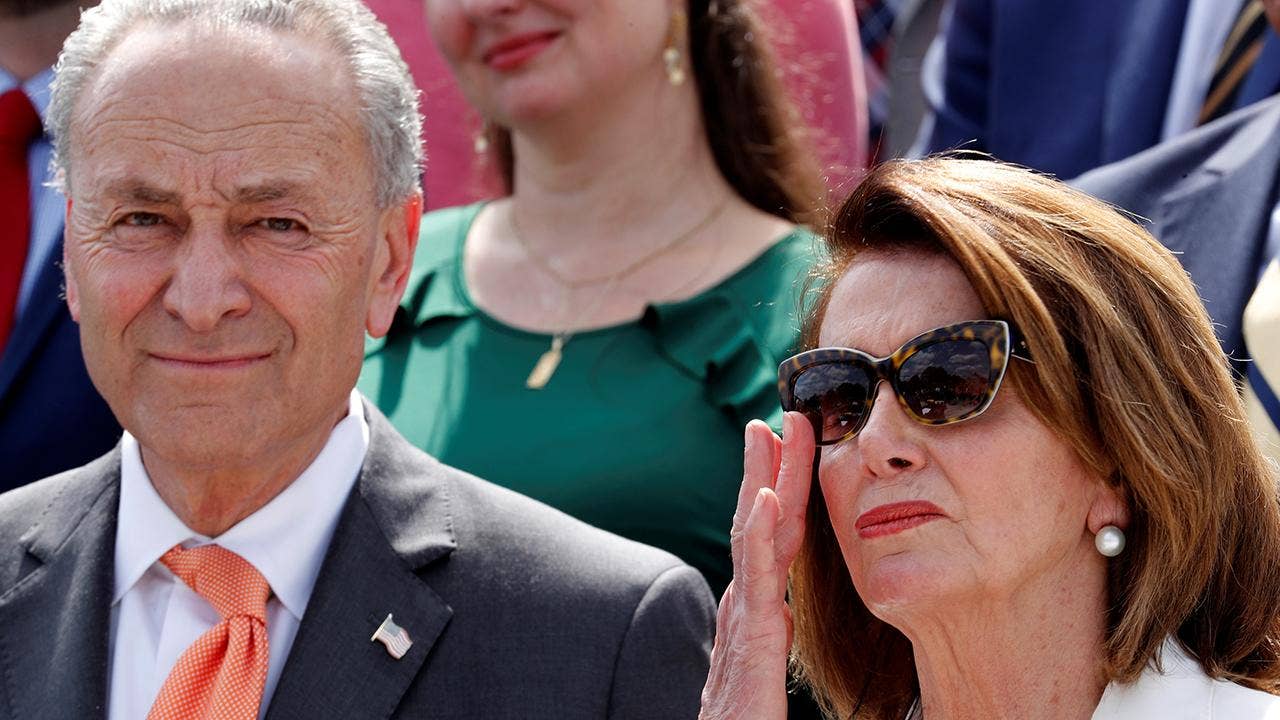 
Eight states – Alabama, California, Iowa, Mississippi, Montana, New Jersey, New Mexico and South Dakota – will hold primaries Tuesday to pick candidates to run in the midterm general elections Nov. 6. But before turning our attention to those races, it’s useful to look back at primary results in May and see how they reveal a Democratic party in a deep state of division.
Voters in Democratic primaries are split between staunchly progressive and more moderate factions. In the struggle for leadership of the party, supporters of each faction are potentially fatally weakening the Democrats for November contests, and potentially for the 2020 elections as well. That could pave the way for President Trump to be re-elected.
There has been a dramatic change in the generic polling for Congress. Republicans now lead Democrats by 1 point, according to Reuters. Moreover, there has been a dramatic improvement in President Trump’s approval rating, with the Real Clear Average now up to 44 percent.

The Democrats must advance an agenda that is explicitly different from what party leaders are currently articulating and focus on long-term objectives to create a society of opportunity for all – not guaranteed outcomes achieved through wealth redistribution.

The reason why this is happening is because Democrats lack an agenda. The party, deeply split between its progressive and moderate wings, is divided on both message and tactics. This puts the party at risk not only at the ballot box, but in Republican-controlled state legislatures and governor’s offices throughout the country, with redistricting occurring after the 2020 census.
To be sure, the Democrats’ losses in 2010 doomed their chances this past decade. Republican majorities throughout the country continue to benefit President Trump as he prepares for 2020, when he has said he will run for re-election.
The lack of consensus between the two factions of the Democratic Party is clear, unambiguous and startling.
The progressive agenda focuses primarily on resisting President Trump at every step, labeling his every action a scandal, and calling for his impeachment without any vetted or verifiable evidence of wrongdoing. Progressives also advocate a redistribution of wealth without any long-term plan to fund policies such as Medicare-for-All or guaranteed employment.
The moderates offer a distinctly different worldview. They offer a plan for inclusive economic growth and an alternative set of policies to resolve the issues surrounding immigration and health care. At the same time, they reject party-line loyalty to House Minority Leader Nancy Pelosi, D-Calif., and calls for President Trump’s impeachment.
These positions allow the moderates to most effectively and persuasively articulate differences with the president, as well as find potential compromises with him.
One moderate Democrat, Rep. Conor Lamb, won a highly consequential special election in southwestern Pennsylvania’s 18th District earlier this year by explicitly rejecting Nancy Pelosi’s announced bid for re-election as Democratic leader and calling for new leadership in Congress.
Lamb, however, remains in the distinct minority among a set of far-left candidates who are in ascendancy at the gubernatorial and congressional levels.

It would be a fundamental mistake for Democrats to pursue impeachment without evidence, based only on Russia’s broader election meddling scheme, which is now clear and unambiguous.

Even in Texas and Kentucky, where moderates emerged victorious, a solid third or more of the Democratic electorate remains committed to progressive causes and candidates.
In order to preserve the party’s chances in 2018 and capture a House majority last achieved in 2010, Democrats must adopt an explicitly moderate agenda.
When looking at the electorate, there is no evidence that formerly working-class Democrats who defected to President Trump in 2016 – or simply didn’t turn out for Hillary Clinton – will respond to a nearly socialist message from Democrats or to increasingly vitriolic attacks on the president.
Indeed, a set of April 2018 Remington Research Group surveys of voters in Iowa’s 1stDistrict, Wisconsin’s 3rd District and Minnesota’s 8th District found that solid majorities of more than 60 percent in each district who previously voted for President Obama and defected to Donald Trump continue to support the Republican president.
The reason these voters see no incentive to return to the Democratic Party is because the leadership lacks a plan to effectively counter President Trump's initial success on economic revitalization by reducing taxes and cutting regulations. The stock market has made gains and unemployment has fallen below 4 percent for the first time since 2000.
Further, average U.S. household income recently reached a 50-year high. And much to the Democrats’ chagrin, the latest CBS/YouGov poll finds that 68 percent of the public credits President Trump for their personal economic success.
Given these circumstances, the Democrats must advance an agenda that is explicitly different from what party leaders are currently articulating and focus on long-term objectives to create a society of opportunity for all – not guaranteed outcomes achieved through wealth redistribution. This new agenda is needed to win back Obama voters who defected to Trump, especially working-class Midwestern voters.
In terms of specific issues, Democrats must recognize that increasing economic opportunities – particularly through vocational education and job training, with a focus on working Americans – is the key to winning.
Accordingly, Democrats should advocate for investment in our nation’s crumbling infrastructure as a central part of cultivating economic growth and job creation.
Democrats would also do well by working to take the issue of immigration off the table. According to a Harvard/Harris poll, 77 percent of Americans support legalization for DACA (Deferred Action for Childhood Arrivals) recipients, who were brought to the U.S. illegally as children by their parents. And 54 percent of Americans support a combination of physical and electronic barriers across the U.S.-Mexico border. Some 60 percent believe current border security measures are inadequate.
The Democratic leadership can and should achieve a compromise with President Trump and the Republicans on providing necessary funding to secure the Southern border and also create a pathway to citizenship for individuals who illegally entered the United States through no fault of their own, and since that time have contributed greatly to the American economy and our society.
On health care, with the repeal of the individual mandate and persistent attacks from Republicans on President Obama’s landmark Affordable Care Act (ObamaCare), the key now is to expand coverage that is affordable, given that premiums continue to increase in jurisdictions nationwide.
By working with Republicans to enact fixes to the Affordable Care Act, rather than chasing an unfunded Medicare-for-All system, the Democrats can protect President Obama’s legacy, ensure Americans do not lose affordable coverage, and make sure they can obtain it.
Regarding potential impeachment of President Trump, the Democrats must only pursue this possibility if or when Special Counselor Robert Mueller produces a vetted report that indicates that there was direct and substantial collusion between the Trump campaign and Russia, or an associated conspiracy charge.
It would be a fundamental mistake for Democrats to pursue impeachment without evidence, based only on Russia’s broader election meddling scheme, which is now clear and unambiguous.
If Democrats don’t want to squander their first real opportunity at controlling the House since 2010 – and likely their best shot for the foreseeable future – they must deliver a change in leadership, a change in policies, and a movement back to the moderate, inclusive message that won them control of government in the 1990s and the early 2000s.
Taking this path will do more than carry Democrats to victory in November. It will position the party for success in 2020 – after which redistricting decisions will be made nationwide – and beyond.
Source>http://www.foxnews.com/opinion/2018/06/04/doug-schoen-democrats-are-at-war-with-each-other-and-it-could-spell-disaster-in-november.html
Posted by theodore miraldi at 8:13 AM