What did the bureau know, when did it know it, and how did it learn it? 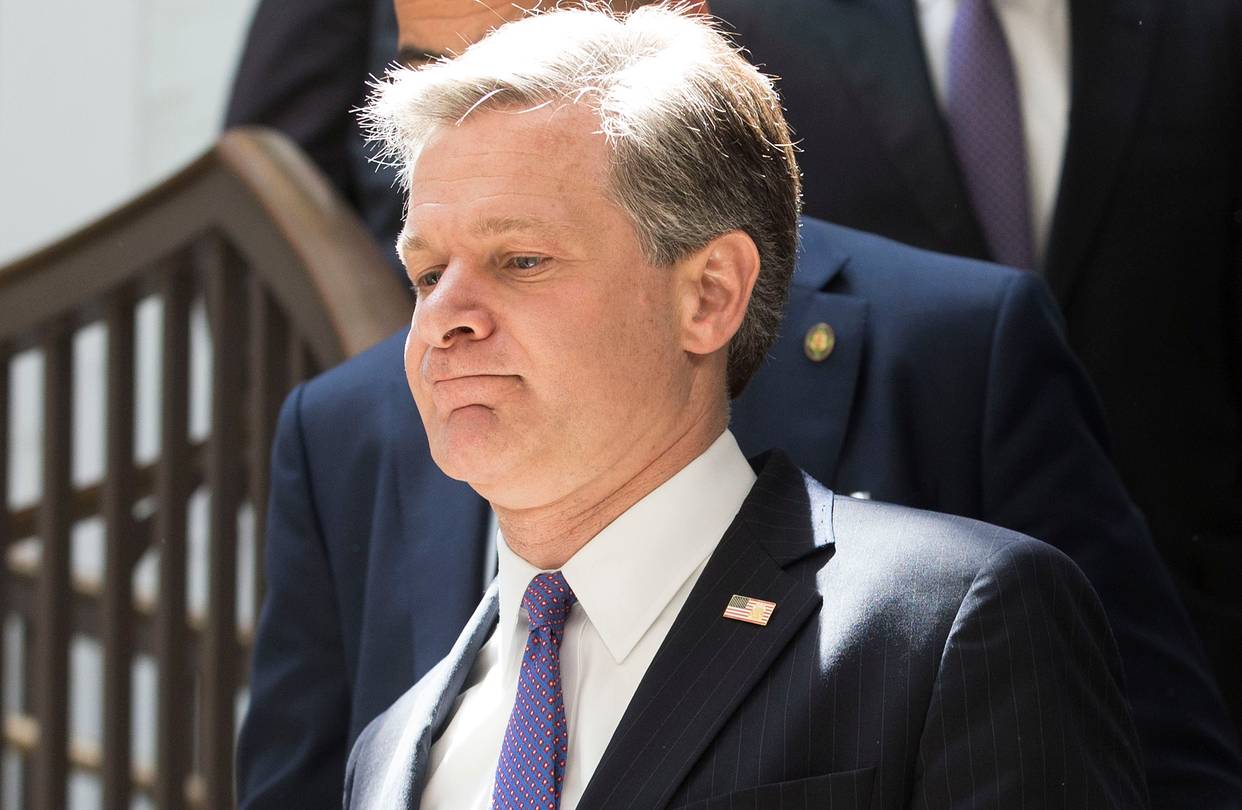 “What did the president know, and when did he know it?” On June 28, 1973, during a hearing before the Senate Watergate Committee, the ranking member, Tennessee Republican Howard Baker, posed the central question of the investigation.

Forty-five summers after Baker uttered those historic words, the same question now hangs over the alleged collusion between Donald Trump and Russia in the 2016 election. But this time the question is directed at the investigators. It runs like this: What did the FBI know, when did it know it—and from whom did it get this information?

The answers are essential to a public accounting of what in fact happened during an election in which the FBI was investigating both the Republican and Democratic nominees for president or their campaigns. But unlike Watergate, which the FBI solved, the more we learn about these investigations, the more troubling the FBI’s behavior appears. Unfortunately, rather than make a clean breast of it all, new FBI Director Christopher Wray behaves as though the bureau doesn’t need to answer to the American people’s elected representatives in Congress.

For weeks Washington has awaited a report from the Justice Department’s inspector general on the FBI investigation into Hillary Clinton’s private email server. Some findings were released in April, concluding that former Deputy Director Andrew McCabe lied repeatedly to investigators. The inspector general recommended criminal charges. We won’t know the full depth of wrongdoing until the whole report is made public. But thanks to indiscreet texts between FBI lovers Peter Strzok and Lisa Page, we know that folks in the bureau understood before the FBI interviewed Mrs. Clinton that she would not be charged, notwithstanding the testimony before Congress by former Director James Comey that he hadn’t made up his mind.

While the Russia investigation is a separate affair, the drama features some of the same FBI players. Officially this FBI investigation started on July 31, 2016. But here’s the problem: If the Russia investigation didn’t start until late July, how was it that the FBI’s “top secret” informant, Stefan Halper, had met the Trump campaign’s Carter Page earlier that month at a University of Cambridge symposium that Mr. Halper helped put on?

Mr. Wray wasn’t the director when the FBI started its Russia investigation. Mr. Comey was, and he has testified that news of the investigation was too sensitive to share with the Gang of Eight, which comprises the bipartisan leadership of the House and Senate as well as the chairmen and ranking members of their respective intel committees. Which makes no sense, because the Gang of Eight’s purpose is to provide a way for the intelligence community to share sensitive information with Congress.

Unfortunately, Mr. Wray (along with Deputy Attorney General Rod Rosenstein ) has resisted clearing everything up by producing the documents still under congressional subpoena. In a Sunday interview with Fox News, House Intelligence Committee Chairman Devin Nunes suggested that if his committee was given the relevant documents, and they confirmed the bureau’s account, by Friday the committee would be able to say “look, the Department of Justice and the FBI did nothing wrong” and wrap up its investigation.

Alas, Mr. Wray (along with Mr. Rosenstein) has been playing a double game, pretending to cooperate with Congress but acting to keep documents away from the committees or produce them only in absurdly redacted form.

No one should be surprised. At a December hearing before the House Judiciary Committee, Mr. Wray suggested he couldn’t share classified information with Congress. The following month, he and Mr. Rosenstein tried to make an end run around the House Intel Committee’s demands for info in a meeting with House Speaker Paul Ryan.

In March, Mr. Wray publicly promised a “transparent and responsive” FBI. To that end he would be “doubling” the number of staff assigned to responding to Congress. It’s the classic Beltway dodge, focusing on inputs over output.

Congress is still waiting for the bureau to make good on Mr. Wray’s promise. Meanwhile, sideshows dominate the headlines, from a silly debate about whether Mr. Halper was a spy or an informant to another over whether President Trump can pardon himself.

Eventually Congress will get answers. Press reports have suggested some rank-and-file FBI agents are itching to speak up about what happened under Mr. Comey. Sen. Chuck Grassley last week urged them to come forward, noting they don’t need to be subpoenaed to tell Congress what they know. More telling details could also come from the FBI officials involved, who are at some point likely to testify, under oath, before the House Intel Committee.

To salvage his own and his agency’s credibility, Mr. Wray needs to come clean about the most fundamental question still remaining about the FBI’s Russia investigation: how and why it began. If the bureau’s been telling the truth, it has nothing to fear.

Posted by theodore miraldi at 3:28 PM