Trump’s Criticism of G-7 is ‘UNPRECEDENTED’ Scream the Elite 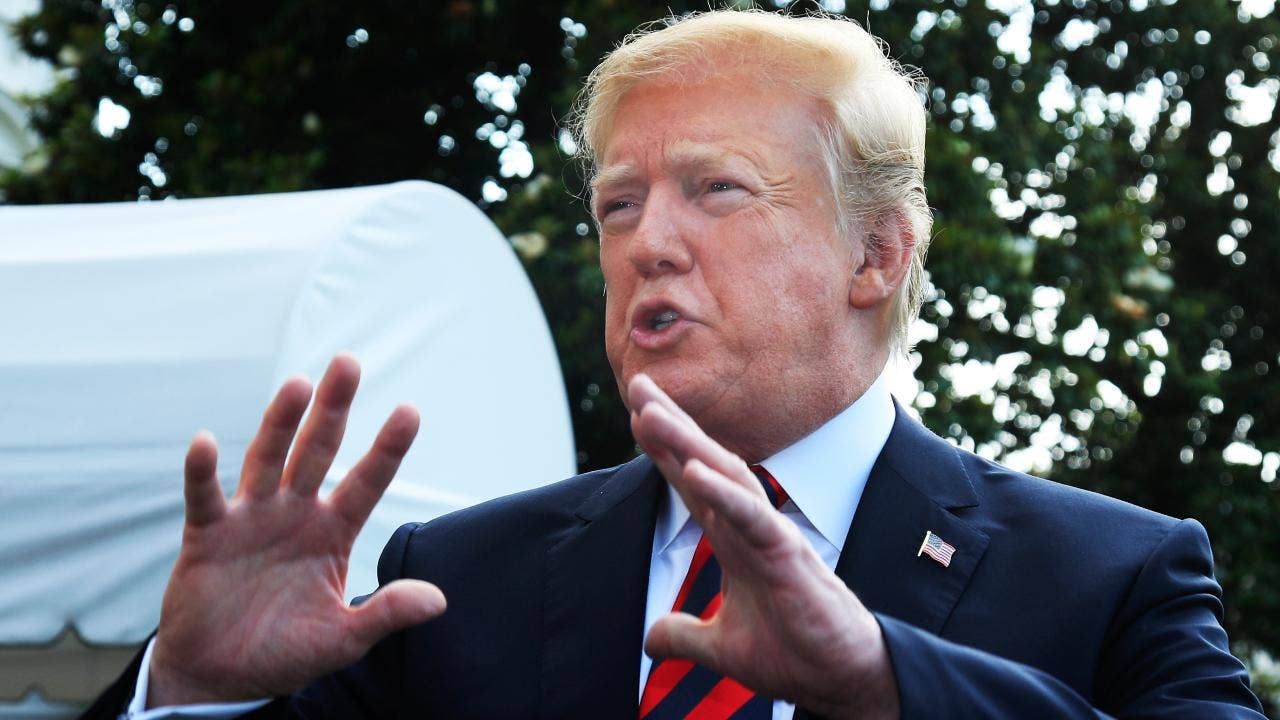 
You know you’re getting somewhere when your opponents are all attacking you in the same way.
So President Trump should feel a strong sense of satisfaction with a job well done after leaving the slightly pointless Group of Seven (G-7) summit in Canada on Saturday for another likely far more consequential summit in Singapore with North Korea dictator Kim Jong Un.
The U.S. president’s critics are all using identical language in their denunciations of his policy positions.
The complaints from U.S. allies over President Trump’s trade policies is that these polices are “unprecedented.” They say he is undermining the “rules-based international order.”
That, as far as the global foreign policy establishment is concerned, is all you need to say. End of discussion. Notice that they don’t actually engage with the substance of President Trump’s arguments at all.
We hear these criticisms from the pompous pearl-clutchers of the international elite. These include:
· World leaders with their bland communiques carefully crafted by time-serving bureaucrats who think they really run the show.
· Arrogant and unaccountable corporate stooges who run globalist multilateral institutions like the International Monetary Fund and the European Union.
· Self-regarding after-dinner pontificators of the Washington think tank circuit who float snootily over the real-world catastrophes engendered by their ideology without ever acknowledging that it may have even the slightest defect.
· The gullible commentators and journalists who unquestioningly lap up all this self-serving elitist Pablum while presenting themselves as fearless pursuers of “the truth.”
When I think of all these people piling on President Trump for daring to question their worldview, the pithy phrase of author Nassim Taleb comes to mind: “IYI – Intellectual Yet Idiot.”
These people remind me of my university professors at Oxford in the late 1980s. As part of my Philosophy, Politics and Economics course I was studying “Communist Government in the Soviet Union and Eastern Europe” and “Economics of Communist Countries.”
There was just one rather major problem. Thanks to President Reagan and British Prime Minister Margaret Thatcher’s unyielding leadership, the Soviet Union had been defeated in the Cold War. The Berlin Wall came down. “Communist Government” collapsed.
This left my “expert” professors at Oxford – most of whom had made their reputations and their living as “Kremlinologists” who could explain what was going on inside the old order – gasping like goldfish out of water as they were confronted by the reality of the new order.
These professor literally couldn’t understand it or explain the new order. And I got the very strong impression that they were actually rather sad to see the old order collapse; disappointed to witness the people-powered revolutions that finally overthrew the brutal and corrupt authoritarian regimes in my home country of Hungary, in East Germany, and elsewhere across the former Soviet empire.
In exactly the same way, it seems to me today that the foreign policy establishment is so invested in the old, pre-populist way of doing things – the elitist world order that gave us untrammeled and unfair globalization – that they cannot see its flaws, instinctively reject any criticism of it, and fight to preserve it despite the manifest cruelties it has imposed on working people in the Western world.
Let’s just take a look at that “rules-based international order” that the elitists are so anxious to defend.
In country after country, the old order made the rich richer and working people poorer as incomes went down and jobs went away. It ripped apart the social fabric, helping to destroy local communities and break apart families. It undermined faith in government and democracy, as citizens saw that it didn’t matter who they voted for in actual elections – the same, elite-serving policies would be pursued regardless.
The “rules-based international order” isn’t just unfair, as we’ve seen in relation to trade and tariffs, where the playing field is tilted heavily against America and permits rampant protectionism by the EU, Canada and others.
The “rules-based international order” is ineffective as well. It didn’t stop Russia from invading Crimea and Ukraine. It didn’t stop the rise of Al Qaeda and ISIS. It didn’t stop Iran destabilizing the Middle East. It didn’t stop China from getting to the brink of world domination. Oh – and it didn’t stop North Korea from getting nuclear weapons. But to the bitter chagrin of the foreign policy establishment, President Trump just might.
So yes, when President Trump confronts the failures of the “rules-based international order” directly, after decades of pusillanimous acquiescence by his predecessors, you could describe that as “unprecedented.”
But doing things that are “unprecedented” is the very definition of Donald Trump’s mandate. That’s what he was elected to do. To shake things up. To change things. When you do something new, it is unprecedented. That’s literally what it means.
And yet the elites throw around that word “unprecedented” as a criticism. Nothing could be more revealing of their true beliefs: they actually loved the old order because they and their rich friends benefited from it. How disgraceful that they howl in protest when President Trump finally puts working people first.
Source>http://www.foxnews.com/opinion/2018/06/09/steve-hilton-trump-s-criticism-g-7-is-unprecedented-scream-elite-that-s-whole-point-trump.html
Posted by theodore miraldi at 6:56 AM