Make no mistake NYCHA is Seeded with Incompetent, Democrat Cronies from Top to Bottom...tmiraldi 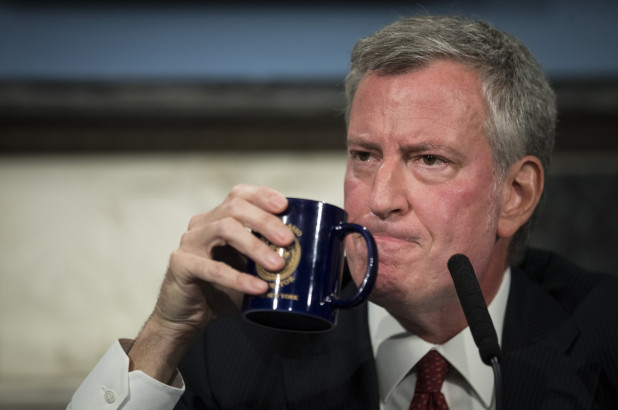 
As the city’s lead-paint-poisoning scandal grows, Mayor Bill de Blasio’s top priority is … dodging the blame.
Seriously. He called in to NY1 on Monday to suggest it might not be lead paint that poisoned the latest 800-plus kids the city failed to help: “This is scientific fact … lead poisoning comes from numerous sources … it can be something in the home, it can be something out of the home, it can be paint, it can be something else.”
Sure, but that doesn’t excuse the Health Department’s failure to raise alarms in hundreds of cases where kids fell above the federal red-flag level for lead in the blood.
In particular, it wasn’t alerting the landlords of the places those children lived — including the city Housing Authority. Of course, NYCHA at that point was engaged in its own massive coverup of lead-paint troubles.
Of course, de Blasio also insists NYCHA may not be to blame for the 19 serious lead-poisoning cases flagged in last month’s federal criminal complaint.
This, when the Health Department did find lead hazards in the NYCHA homes of 202 other lead-poisoned kids where it actually followed the federal guidelines.
Yes, the Health Department and NYCHA bungling began under Mayor Mike Bloom­berg. But de Blasio was supposed to be all about changing what Bloomberg did wrong, especially when it came to the neediest.
Instead, the new team kept the same policies in place at both agencies — then spent months downplaying the NYCHA problems.
Now City Hall just dropped the latest awful news over the weekend before the Fourth of July holiday, again hoping to limit the political damage.
City Comptroller Scott Stringer says he’ll investigate the Health Department, the Mayor’s Office and Housing Preservation and Development over this issue. Good — but we’re more eager to hear from US Attorney Geoffrey Berman, who’s leading the criminal probe into NYCHA fraud.
The more investigations, the better — because de Blasio only wants to play ostrich.
Source>https://nypost.com/2018/07/02/de-blasios-top-nycha-priority-is-dodging-the-blame/
Posted by theodore miraldi at 5:40 PM