Sen. Rand Paul, R-Ky., on Monday expressed his approval of President Donald Trump’s handling of Russia despite the tsunami of criticism the president faced after his press conference with Russian President Vladimir Putin.
“It’s gotten so ridiculous that someone has to stand up and say we should try to engage even our adversaries and open up our lines of communication,” Paul told Politico after the controversial press conference.
“We’re going to talk to the president about some small steps in order to try to thaw the relations between our countries,” the senator added, noting that he’s set to travel to Russia early next month to continue the dialogue that Trump started.

"We’re going to talk to the president about some small steps in order to try to thaw the relations between our countries."
- Rand Paul, R-KY.

WATCH: PUTIN SITS DOWN WITH FOX NEWS
Paul said he hopes to meet with Trump before the trip to “to see if there’s anything he wants us to follow up on.” The trip, in his view, will allow the U.S. to eventually start working with Russia to stop civil war in Syria, denuclearize North Korea and get Russian military out of Ukraine.
When it came to Trump’s remarks following the one-on-one meeting, Rand broke ranks with most Republicans and criticized those slamming the president.

"Republicans that are making the criticism are either the pro-war Republicans like McCain and Graham or the anti-Trump ones like Sasse ... They are motivated by their persistent and consistent dislike of the president."
- Rand Paul, R-KY

“Republicans that are making the criticism are either the pro-war Republicans like (Sen. John) McCain and (Sen. Lindsey) Graham or the anti-Trump ones like (Sen. Ben) Sasse,” he told Politico “They are motivated by their persistent and consistent dislike of the president.”
Trump drew fury from Republicans after saying both Russia and the U.S. are to blame for strained relations and by not standing behind the U.S. intelligence assessments that Russia meddled in the 2016 elections.
Trump said he has great confidence in the intelligence community, but Putin gave a “strong and powerful” denial. He said he doesn't “see any reason why” Russia would be behind election meddling. 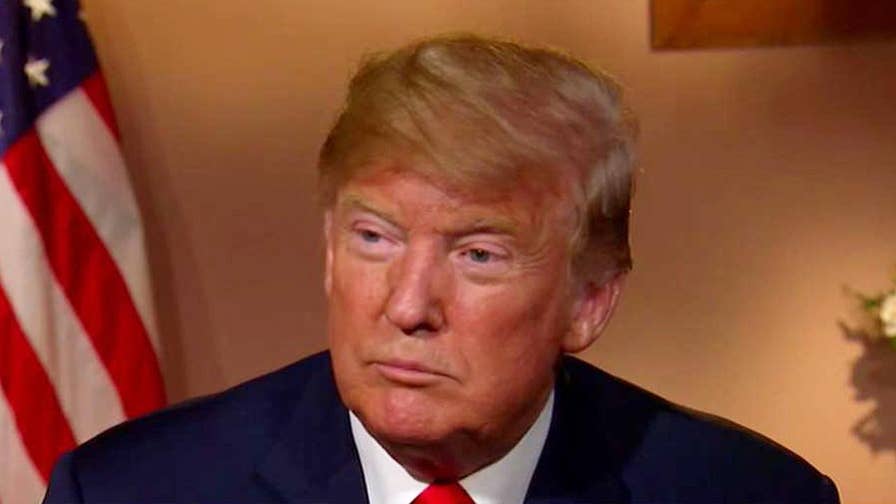 “There is no question that Russia interfered in our election and continues attempts to undermine democracy here and around the world," House Speaker Paul Ryan, R-Wis., said shortly after the press conference in Helsinki, Finland.
SCHOEN: PUTIN ATE TRUMP'S LUNCH
Sen. John McCain, R-Ariz., called Trump’s performance “disgraceful” and issued a lengthy statement criticizing the president for kowtowing to the Russian president.
“President Trump proved not only unable, but unwilling to stand up to Putin. He and Putin seemed to be speaking from the same script as the president made a conscious choice to defend a tyrant against the fair questions of a free press, and to grant Putin an uncontested platform to spew propaganda and lies to the world,” McCain in a statement, calling the president’s comments at the press conference “a recent low point in the history of the American Presidency.”
But it’s no surprise that Rand, and a handful of other Republican lawmakers, are embracing Trump’s approach to Russia. Last year, the senator from Kentucky voted against a sanctions bill against Russia.
As a libertarian-leaning Republican, he also long opposed the hawks – like national security adviser John Bolton and Secretary of State Mike Pompeo – in the Trump administration, who in his view, seek confrontation rather than dialogue.
“We have a lot of areas ... we should be talking about,” Paul told Politico about Russia. “We won’t get anywhere on it if we just say we want ... to put more sanctions on them and tomorrow they’ll surrender and do what we want.”
Fox News’ Brooke Singman contributed to this report.
Source>http://www.foxnews.com/politics/2018/07/17/rand-paul-sides-with-trump-on-russia-says-critics-motivated-by-dislike-president.html
Posted by theodore miraldi at 7:02 AM