Republicans, Democrats to Use SCOTUS Nomination as WEAPON in Midterms 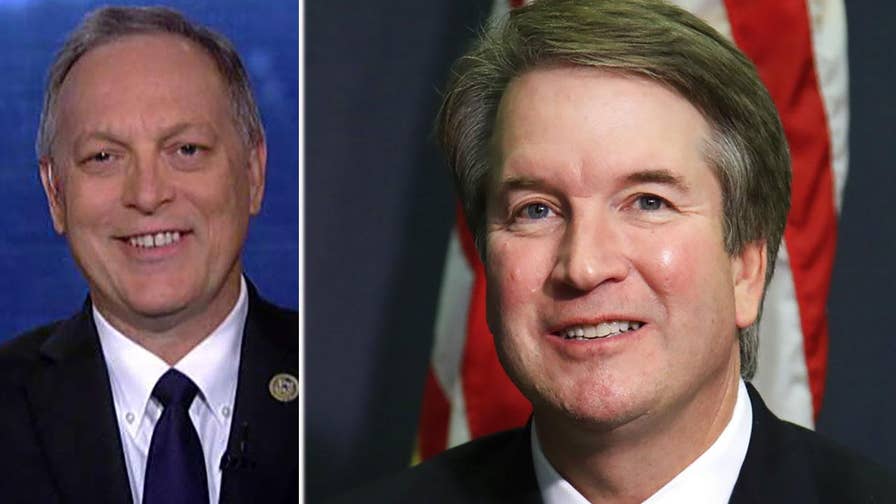 “I’m looking for a cross between Socrates and Dirty Harry,” opined Sen. John Kennedy, R-La., a member of the Senate Judiciary Committee.
In 2017, three Democratic senators voted to confirm Gorsuch: Sens. Heidi Heitkamp, D-N.D., Joe Manchin, D-W.Va., and Joe Donnelly. All three face challenging re-election bids in red states this November. But there’s another factor in the Kavanaugh campaign which didn’t exist last year. That’s the election of Sen. Doug Jones, D-Ala. No other Democratic senator represents a constituency as conservative as the one Jones has in Alabama.
“There’s a good chance we pick up a number of Democrats,” observed Sen. Richard Shelby, R-Ala., about the Kavanaugh nomination. “It would serve Jones well in the state of Alabama to support a conservative judge for the Supreme Court.”
When initially asked about his take on Kavanaugh, Jones replied “I haven’t done that deep a dive yet.”
Democrats hope to slow down Kavanaugh’s nomination to parse his voluminous record. That’s an important tactic. The more time to study, the better the chances Democrats find a tripwire for Kavanaugh.
On Thursday, the Trump Administration yanked the nomination of Ryan Bounds for the Ninth Circuit Court of Appeals, moments before his confirmation vote. The nominee lacked the votes after senators unearthed controversial writings from Bounds.
Democrats immediately seized on Bounds’ writings as an undergraduate at Stanford as a reason Senate Republicans should grant them ample time to review Kavanaugh’s record.
“This shows when you first ask for writings, maybe they don’t show you everything,” said Sen. Jeff Merkley, D-Ore., of Bounds. “The same rule should apply to Kavanaugh.”
But dragging it out could backfire on Democrats. Sure, Senate Majority Leader Mitch McConnell, R-Ky., prefers to confirm Kavanaugh when the Supreme Court’s new term starts October 1. But McConnell could call the Democrats’ bluff and schedule the confirmation vote as close to the midterm elections as possible. That would apply maximum pressure on Democrats from battleground states to vote yes.
After all, this nomination isn’t just about the Supreme Court. It’s a campaign for the midterms.
Source>http://www.foxnews.com/politics/2018/07/21/republicans-democrats-look-to-use-kavanaugh-nomination-as-weapon-in-midterm-fight.html
Posted by theodore miraldi at 6:46 PM