Modern slavery is heavily woven into global value chains, and we all use products at least partially produced by enslaved workers, the 2018 Global Slavery Index shows. 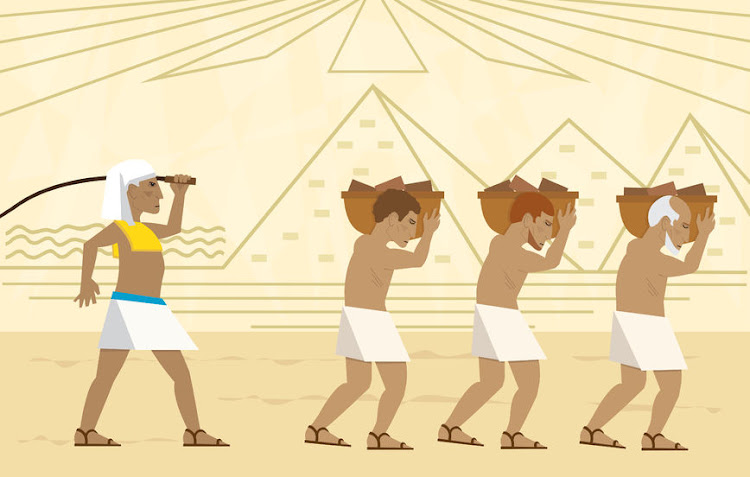 
North Korea and Eritrea have the world’s highest rates of enslaved people.

And, while slavery is far more prevalent in the developing world, powerhouse economies in the developed world have surprisingly high rates of forced labour, according to the 2018 Global Slavery Index, published by the human rights group Walk Free Foundation.

The global survey, released on Thursday, focuses on the roles of conflict and government repression in modern slavery.

In addition to North Korea and Eritrea, the central African nation of Burundi also has a high prevalence of slavery.

"Each of these three countries has state-sponsored forced labour, where their government puts its own people to work for its own benefit," said Fiona David, research chair of the Minderoo Foundation, which led the data collection.

More than 40-million people were enslaved around the world in 2016, according to an estimate by the Walk Free Foundation and the International Labour Organisation (ILO). 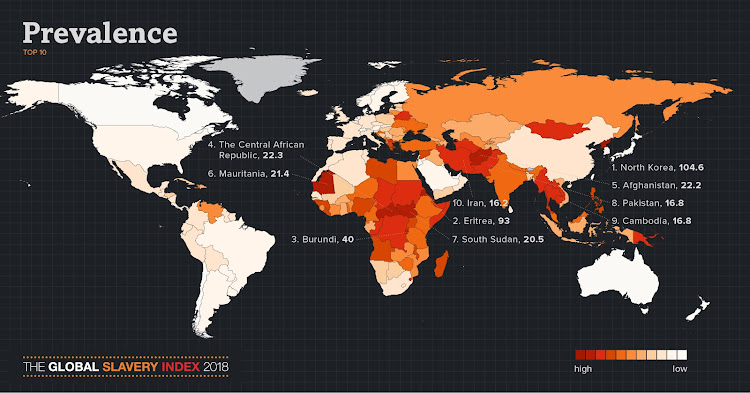 India was home to the largest total number, with an estimated 18.4-million slaves among its 1.3-billion population, according to the Walk Free Foundation’s 2016 index.

China, Pakistan, Bangladesh and Uzbekistan rounded out the top five nations, accounting for about 58% of people living in slavery globally, the Walk Free Foundation said at the time.

But North Korea had the highest percentage of its population enslaved, and that remains the case today.

"In North Korea, one in 10 people are in modern slavery, with the clear majority forced to work by the state," according to the 2018 Global Slavery Index.


The Eritrean government is "a repressive regime that abuses its conscription system to hold its citizens in forced labour for decades", the report says.

Burundi’s government also imposes forced labour, according to the report, while groups including Human Rights Watch have implicated its security forces in murders and disappearances.

Other countries with the highest rates of modern slavery were the Central African Republic, Afghanistan, South Sudan and Pakistan.

"Most of these countries are marked by conflict, with breakdowns in rule of law, displacement and a lack of physical security," the report says.

With more than 9-million people living in slavery — nearly eight in every 1,000 people — Africa has the highest rate of enslavement of any region, according to the report.

Laptops, computers and cellphones are the largest category, by value, of at-risk imports, at $200bn, followed by clothing, at $128bn, fish at $13bn, cocoa at $4bn, and sugar cane at $2bn. 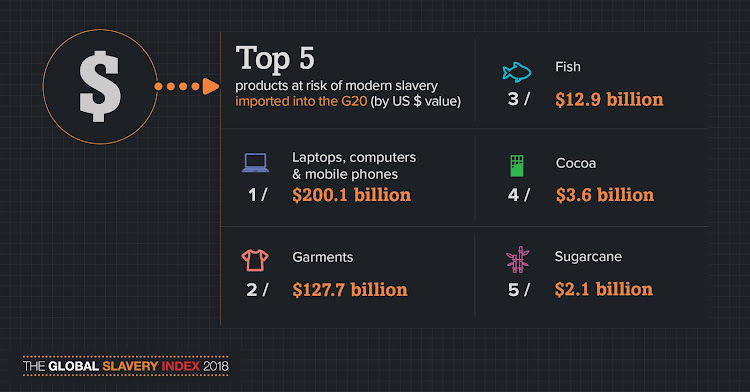 Slavery is probably even more widespread than the research suggests.

The report noted gaps in data from Arab states, as well as a lack of information on organ trafficking and the recruitment of children by armed groups.

And in the developed world, it found that 403,000 people are living in modern slavery in the US, or one in every 800 Americans — seven times higher than previous estimates.

The prevalence of modern slavery in the UK is almost 12 times higher than previous figures.