Several swing-vote senators, including moderate Republicans and vulnerable Democrats in red states, have given GOP leaders cause for optimism that Brett Kavanaugh will soon be confirmed to replace retiring Associate Justice Anthony Kennedy on the Supreme Court.
Though Kavanaugh's confirmation remains uncertain because of Republicans' razor-thin 51-49 majority in the Senate, the moderates' early reactions indicate that millions of dollars in spending by liberal groups to sway key senators against Kavanaugh may ultimately prove fruitless.
Only 50 votes are needed to confirm Kavanaugh, after Republicans eliminated the filibuster for Supreme Court nominees last year.
Democratic leaders had removed the filibuster for other federal judgeships in 2013 to confirm President Barack Obama's nominees to the D.C. Circuit Court of Appeals, which was prompted by GOP obstruction that followed extensive Democratic filibustering of President George W. Bush's nominees to federal judgeships.
One Democratic senator facing a pitched re-election battle, Missouri's Claire McCaskill, has already given indications that she is closely weighing the political ramifications of voting down the nomination.
"If you’re going to ask me questions about the Supreme Court nominee, I have absolutely nothing to say," McCaskill repeatedly said on Thursday.
And two key moderate Republicans -- Sens. Lisa Murkowski of Alaska and Susan Collins of Maine -- reportedly did not voice any concerns about Kavanaugh in a closed-door meeting of GOP officials this week. 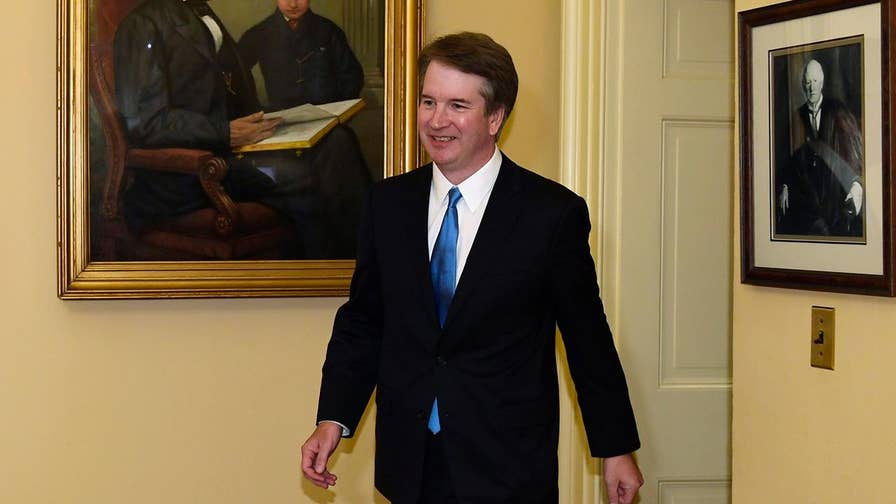 In public, Collins praised Kavanaugh's impressive credentials" and "extensive experience."
“It will be very difficult for anyone to argue that he’s not qualified for the job. He clearly is qualified for the job,” Collins told reporters. “But there are other issues involving judicial temperament and his ... judicial philosophy that also will play into my decision.”
Meanwhile, Murkowski made it clear that she felt Kavanaugh was a better pick than other nominees Trump was considering, oweing to his lengthy record and stated support of precedent, including Roe v. Wade. Both senators voted for Kavanaugh's confirmation to the D.C. Circuit.
The two pro-choice moderates have said they would not support a nominee who would overturn Roe v. Wade. They also joined Arizona Sen. John McCain -- whose illness will likely render him unable to vote for Kavanaugh despite his support for the nominee -- in stopping a GOP bid to repeal ObamaCare last year. 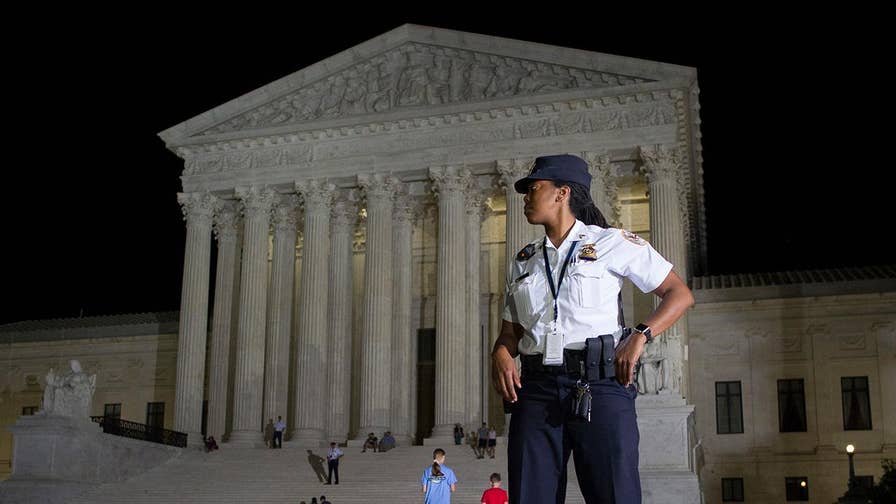 Well-heeled liberal groups are hoping for a similar defection now, as they seek to pressure Murkowski and Collins into voting down Kavanaugh's confirmation.
Even former Minnesota Sen. Al Franken has gotten in on the action, writing a lengthy series of hypothetical questions that he would have asked Kavanuagh at his confirmation hearing -- had he not been unceremoniously unseated from the Senate and the Judiciary Committee last year amid allegations he tried to forcibly kiss multiple women and grope another on-camera.
"They don't want to be the deciding vote on this; we're going to force them to be the deciding vote on this," Ezra Levin, the founder of the progressive group Indivisible Project, said on MSNBC last week.
An onslaught of money is pouring into Maine and Alaska, as well as states with moderate Democrats up for re-election this year, from both conservative and liberal organizations. Leading the progressive charge are the newly created group Demand Justice, as well as Naral Pro-Choice America and Planned Parenthood.
Demand Justice alone expects to spend $5 million on advertising related to the nomination, while a conservative group called the Judicial Crisis Network expects to spend nearly $10 million.
That money won't be limited to Alaska and Maine. Democrats are also hoping to convince vulnerable senators in states that support Trump to put their political lives on the line by trying to block Kavanaugh's confirmation.
FMR KAVANAUGH LAW CLERK SPEAKS OUT ABOUT WHAT JUDGE WAS LIKE ON AND OFF THE BENCH
Among those moderate Democrats up for re-election this year in states that went for Trump in 2016 are Indiana's Joe Donnelly, West Virginia's Joe Manchin, and North Dakota's Heidi Heitkamp.
Unlike McCaskill, all three voted to confirm the more conservative Neil Gorsuch to the Supreme Court last year -- even though New York Democratic Sen. Kirsten Gillbirand claimed erroneously on CNN that no Democrats had voted for Gorsuch.
But  while Donnelly and Heitkamp said only that they would carefully screen Kavanaugh, Manchin struck a more cautionary tone in his statement following Kavanaugh's nod and focused primarily on health-care issues.
"The Supreme Court will ultimately decide if nearly 800,000 West Virginians with pre-existing conditions will lose their healthcare," Manchin said. "This decision will impact almost 40% of my state, so I’m very interested in his position on protecting West Virginians with pre-existing conditions.”
Alabama Democratic Sen. Doug Jones, who recently won a special election and will up for election in 2020, has stayed mostly mum on Kavanaugh -- promising only a "thorough vetting" of his credentials. But analysts say he would face significant political consequences if he tried to derail Kavanaugh's nomination.
Judiciary Committee Chairman Chuck Grassley, R-Iowa, said on Fox & Friends last week that Democrats can't be counted on to buck their party leadership unless Kavanaugh's confirmation is already assured.
“I think that we can’t count on any Democrats until we get the 50 votes we need, and then we’ll get five or six of them,” Grassley said. “Otherwise, I don’t think we can count on them.”
But, he added, something would have to “very dramatically go wrong” to lose the votes of Murowski and Collins.
Speaking on "Cavuto Live" on Saturday, Sen. Mike Lee, R-Utah, also predicted that all Republicans would support Kavanaugh.
"I can't speak for any colleague, but I nonetheless predict we’ll end up with every Republican supporting Judge Kavanaugh’s confirmation," Lee said. "I also think we’ll end up with a few Democrats."
Lee also sharply criticized Hillary Clinton's "absurd, hyperbolic" claims that Kavanaugh's nomination would turn the clock back to the 19th century, saying the former first lady "should be ashamed of the comments."
Source>http://www.foxnews.com/politics/2018/07/14/swing-vote-senators-signal-potential-support-for-kavanaugh-despite-well-funded-left-wing-pressure.html
Posted by theodore miraldi at 4:49 PM