President Trump announced Wednesday that he has secured major trade concessions from European Union officials as part of an effort to head off a trade war between the U.S. and the E.U.
After talks at the White House with E.U. officials, Trump announced in a joint Rose Garden appearance that the delegation agreed to increase imports of soybeans and liquefied natural gas. Both sides agreed to work toward the goal of "zero" tariffs and subsidies on non-auto industrial goods and to "resolve" recent tariffs that both sides have imposed.
"This was a very big day for free and fair trade," Trump said.
Trump said they also are looking to slash regulations that limit access to each other's markets and to reform the World Trade Organization and limit unfair market practices.
Trump made the announcement alongside European Commission President Jean-Claude Juncker at a press conference in the Rose Garden after more than two hours of talks at the White House.
"We had a big day, very big,” Trump said. “We set out to launch a new phase of close friendship between the United States and the European Union, strong trade relationships where both of us will win.” 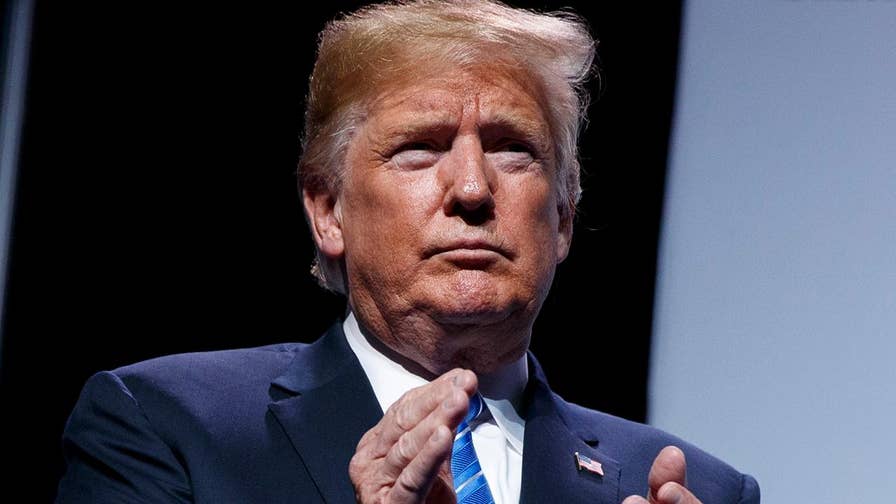 The import of soybeans is a boost to American farmers, who have seen prices plummet after China slapped a retaliatory tariff on American goods including soybeans, in the wake of U.S. tariffs on aluminum and steel.
Trump had said earlier Wednesday that the U.S. was seeking a “level playing field” on trade with the E.U.
“For years, the U.S. has been losing hundreds of billions of dollars in trade with the European Union, and we just want it to be a level playing field for our farmers, for our manufacturers, for everybody and we also want a big beneficiary, frankly, to be the European Union and we think it can be good for everybody and that’s why we are here to discuss,” he said, sitting alongside Juncker in the Oval Office.
The move is likely to soothe fears of an escalating trade war in the wake of Trump’s decision to slap a 25 percent tariff on steel imports and a 10 percent tariff on aluminum imports. The E.U. subsequently retaliated with tariffs on a number of U.S. goods.
Trump said Wednesday they would look to resolve those issues as part of fresh negotiations. 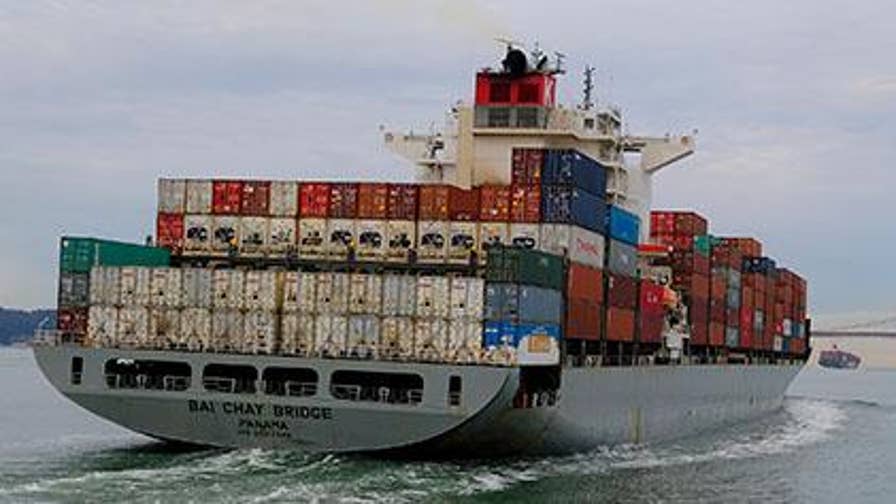 "We made a deal today," Juncker said.
In the Oval Office earlier, Juncker made conciliatory comments, saying that the U.S. and the E.U. are “close partners, allies not enemies” and noting that the U.S. and E.U. represent half of the world’s trade.
“I think we have to talk each to another and not at another and that’s what we do today,” he said, before saying he hopes they could focus on reducing, not increasing, tariffs.
The Washington Post reported Wednesday that Trump was considering slapping a 25 percent tariff on automobiles, an idea that has drawn fierce criticism from E.U. officials -- from where many U.S. car imports originate.
In an interview with CBS News this month, Trump described the E.U. as a "foe."
"I think the European Union as a foe what they do to us in trade," he said. "You wouldn't think of the European Union, but they're a foe."
Reuters reported Wednesday that E.U. trade commissioner Cecilia Malmstrom said her office is drawing up a $20 billion list of U.S. goods to hit with retaliatory tariffs should the administration implement that threat.
“We hope that it doesn’t come to that and that we can find a solution. If not, the EU Commission is preparing a rather long list of many American goods,” she told Swedish newspaper Dagens Nyheter.
A senior European official told Fox News ahead of the meeting between Juncker and Trump that the aim of the meeting was to build on a conversation the two had at a G7 summit in Canada last month and to work out what exactly the U.S. wants.
“The aim is to figure out what the ask is, we don’t yet have a clear picture of what the administration wants,” the official said.
TRUMP TELLS EVERYBODY 'BE COOL' AS TRADE TENSIONS ESCALATE
Trump was facing calls from nervous members of his own party to back down on the tariffs, particularly after the administration announced Tuesday that it will grant up to $12 billion in aid to farmers hurt by retaliatory tariffs. But Trump tweeted Wednesday urged concerned parties to "be cool."
"The end result will be worth it!" he added.
Source>http://www.foxnews.com/politics/2018/07/25/trump-announces-trade-concessions-from-eu-officials-on-soybeans-energy-tariffs.html
Posted by theodore miraldi at 5:06 PM