Another Messiah South of the Border.
...tmiraldi


MEXICO CITY –  In an election many Mexicans hope will be a turning point for a country beset by decades of corruption, violence and enduring poverty, voters turned to a left-wing populist some supporters refer to as a “messiah.” A savior from the two major parties that have failed to deliver on promises of reform, in the eyes of many voters.
For months, polls predicted Andres Manuel Lopez Obrador, a 64-year-old two-time presidential runner up, would win the election by a landslide. When the National Elections Institute announced preliminary results Sunday, authorities predicted he would win with between 53 percent and 53.8 percent of the vote, a remarkable margin not seen in the country for many years.
“My presidential vote went to AMLO,” said voter Laura Rodriguez-Verdin outside a polling location in Mexico City. “The reason I voted for him is because I believe he is the only person who has the interest at heart of people who most need help in this country. People with poor education and poor health services.”
Early in his career, Obrador lived in a dirt-floor shack, built houses for the poor and marched for environmental protections against the giant state-owned, state-run oil company, PEMEX. As Mexico City's mayor in 2005, he drove an old Nissan Sentra. Today, he claims not to own a credit card or checking account and says he will sell the presidential plane, turn the presidential palace into a park and live in his tiny townhouse in Mexico City.
“I voted for Andres Manuel for president because I like his proposals,” said Mexico City resident Diana Ortiz. “He’s not promoting the a rich government, the powerful guys. Instead he wants to be empower as much to the people here. He wants a more democratic vote.”
Why does the president of Mexico matter? The U.S. shares a 2,000-mile border. Mexico has the second-largest economy in Latin America, it's the third-largest trading partner of the U.S. and a major oil exporter, and it plays a key role in two of America’s most intractable problems, immigration and drugs. Militarily, the two countries share intelligence on terrorism and security and historically Mexico played a mediating influence and bulwark against Latin America’s more radical regimes. Its 6 million illegal workers and millions more immigrants provide the backbone of America’s agricultural and service industries, from the kitchens of New York City to hotel rooms in Chicago.
MEXICO ELECTIONS CENTER ON DISGUST WITH CORRUPTION, VIOLENCE
“Out of all the candidates, Andres Manuel is probably the least enthusiastic about the bilateral relationship with the U.S., but he recognizes that the relationship with the U.S. is fundamentally important,” said Duncan Wood with the Mexico Institute at the Wilson Center. “His election is going to make life more complicated for the United States, let's put it like that.”
Roughly 88 million Mexicans are entitled to vote; officials predicted a 90 percent turnout. One reason is Obrador. The other is Congress. Between the lower House of Deputies and Mexican Senate, 630 seats are up for grabs and nine out of 32 governorships are being voted on.
If Obrador and his party, Morena, perform as expected, some conservatives worry he will have a majority and a Congressional mandate to enact sweeping reforms, including free access to the Internet, a doubling of pensions for the elderly, educational grants for students, an increase in the minimum wage and subsidies for small farmers and single mothers.
“The only candidate who was truly successful positioning himself as an agent of change was AMLO,” said former PAN party foreign minister Jorge Castaneda, who believes Obrador won the election based on three issues: violence, corruption and the economy.
“In the last twenty-odd years, this includes the government I served in, the economy has not grown more than two and a half percent per year,” Castaneda said. “Mexicans are not finding deep well-paying jobs, not seeing their living standards improved, not extracting people from poverty, we’re not reducing levels of inequality which are among the highest levels in the world.”
Almost 44 percent of Mexicans live below the national poverty line, earning less than $5 per day, according to the World Bank. Poverty is most extreme in the rural south, where unemployment and violence remain highest. Because of those factors, many Mexicans continue to migrate to the U.S. in hopes of a better life. Last year, the border patrol apprehended about 110,000 Mexicans at the border. Obrador has no plans to curb or interfere with those heading to the U.S. illegally, but hopes U.S. aid and a new NAFTA treaty will improve the economy and alleviate poverty so Mexicans won’t have to migrate. 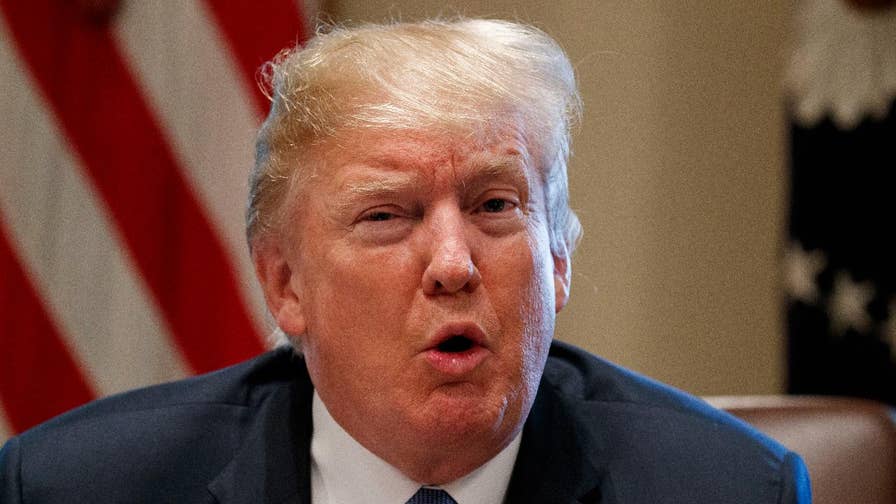 “The best way to cooperate, one country with another one, is to help redevelop the areas that are sending [citizens who want to migrate] out of Mexico because we are not having economic growth here and we are not having jobs here,” said Obrador’s campaign manager, Tatiana Clouthier. “In that way you will not be having a lot of people wanting to cross because we are able to give them an opportunity in our country.”
To reduce immigration pressures, Obrador plans to offer amnesty to farmers who turned to opium and marijuana because they could not compete with industrial farms in northern Mexico and the U.S. under NAFTA, which Obrador hopes to renegotiate. Castaneda, who also teaches at New York University, says Mexico, as America’s third largest trading partner, doesn’t have much financial leverage -- but the country has other options.
“Trade over here, immigration here, drugs here, security and intelligence here - which is a big deal,” he says. “Mexico has few bargaining chips over trade, but a lot of bargaining chips on immigration, on drugs, and security. But we’re not using them. Trump is. For once in my life, I completely agree with him.”
President Trump was not a factor in the election, as each candidate seemed to resent him equally, as does much of the public. Instead, anger was directed at Mexico’s ruling elite, whom voters blamed for rising inequality, corruption and the never-ending drug war.
“This war on drugs is not working,” said voter Hugo Stewart, an Obrador supporter. “It’s causing a lot of deaths and needs to be looked at in a different way.”
Violence remains an acute problem in Mexico, with some 25,000 homicides this year, including 133 politicians and 48 candidates since campaigning began last September, according to one of Mexico’s leading political consulting agencies, Etellekt.
To reduce the violence, Obrador proposes a softening the military’s confrontational approach, saying Mexico will no longer fight America’s drug war since Mexico doesn’t have a consumption problem.

Andres Manuel Lopez Obrador promised a "transformation" for Mexico amid violence and political scandal.  (AP, File)
“The last 12 years, President [Felipe] Calderon and President Enrique Pena Nieto started a war towards smugglers or drug traffic and we’re not having good results,” said Clouthier. “We have to go from war to peace. And that means going to the root of the problem. We need development in areas where there is no work.”
Fighting the drug war is just one point of contention in U.S.-Mexican relations. Another likely is the personality clash of President Trump and Obrador. Would they get along?
Here are two points of view. Obrador is considered warm, personable, and smart. He’s written more than 10 books on Mexican political history. On the other, he is a prominent nationalist, critics compare him to Venezuelan dictators Hugo Chavez and Nicholas Maduro, and the fear his moral superiority could turn Mexico into a leftist autocracy. Obrador wrote a book critical of President Trump, who often seems to base foreign relations on the personal likability or trust of a country’s leader.  They could be friends or explosive enemies.
“I put the odds on the two abrasive personalities not getting along,” argues David Shirk, an expert on Mexican affairs at the University of San Diego. “What you will see is two men speaking their minds. There will be no bars between them.”
“I completely think they are going to get along,” counters Ana Quintana, at the Heritage Foundation's Allison Center for Foreign Policy Studies. “I think AMLO is tapping into something in Mexico just like Trump tapped into the U.S. - that large pool of the population that has been disenfranchised by the political and economic elite.”
Trump, unlike previous U.S. presidents, did not visit Mexico in his first year in office. National Security Advisor John Bolton raised that possibility on “Fox News Sunday,”saying, “I think in this kind of context, having the two leaders get together, may produce some surprising results.”
BOLTON FIRES BACK AT CRITICS OF TRUMP-PUTIN MEETING
And while it could happen, prominent columnist Pancho Garfias with the newspaper Excelsior said it may not end well.
“Lopez Obrador is not stupid, so he will try to get along with Mr. Trump,” he said. “I think Mr. Trump knows that Mexico is better as a friend than hostile, but I don’t think Mr. Lopez Obrador will shake hands with Trump. I think he will never be together in the same picture.”
Source>http://www.foxnews.com/world/2018/07/02/mexico-backs-left-wing-messiah-andres-manuel-lopez-obrador-in-historic-presidential-election.html
Posted by theodore miraldi at 7:10 AM