Liberal lawmakers and pundits, emboldened by bipartisan outrage over President Trump's summit with Russian President Vladimir Putin, have kicked up calls to pursue impeachment -- indicating the issue could fast become the next litmus test for Democratic candidates.
The discussion follows the recent political frenzy over calls to "abolish" Immigration and Customs Enforcement (ICE). That effort briefly served as a similar litmus test in the wake of Trump's zero-tolerance immigration policy, which led to family separations at the U.S.-Mexico border.
The GOP-controlled House countered on Wednesday with a vote on a resolutionexpressing support for ICE, effectively daring Democrats to go on the record with opposition to the agency. The measure passed, with a total of 133 Democratic representatives voting "present" -- amounting to a procedural refusal to take a position despite weeks of heated anti-ICE rhetoric from party leaders.
'ABOLISH ICE' MOVEMENT GOES MAINSTREAM AMONG TOP DEMOCRATS
But where abolishing ICE fizzled for now as a progressive cause, the impeachment controversy could have sturdier legs. At the least, it has forced Democratic leaders to confront and carefully manage pressure from the base. 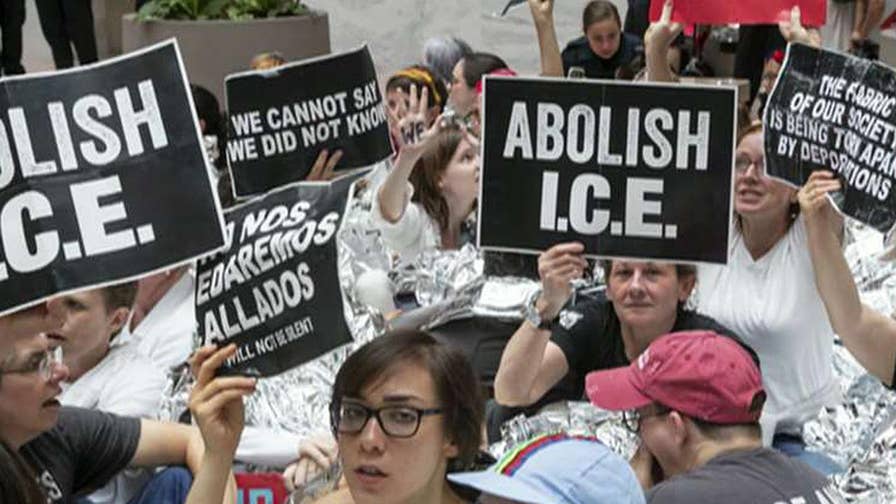 House Minority Whip Steny Hoyer, D-Md., on Tuesday charged that Trump's remarks in Helsinki, Finland, were "nothing short of treason" and marked a "dark day" in American history.
Hoyer characterized impeachment, though, as a "distraction," while still keeping the door open for the process in the future. "There will be time enough to deal with other issues and oversight of the president’s performance when we take back control of the House of Representatives," he said.
Rep. Eric Swalwell, D-Calif., a member of the House Judiciary Committee, toed the same line on Monday.
“I think that’s premature at this point — we should do all we can to make sure that he’s held accountable, that we conduct the investigations the Republicans have been unwilling to do,” Swalwell said in an interview with The Hill.
WALMART PULLS 'IMPEACH 45' CLOTHING FROM WEBSITE AFTER MASSIVE BLOWBACK
“If impeachment is the case," he added, "it’s because we found impenetrable evidence that we take to the American people and will be accepted by both Republicans and Democrats."
Elsewhere, the calls are getting louder. 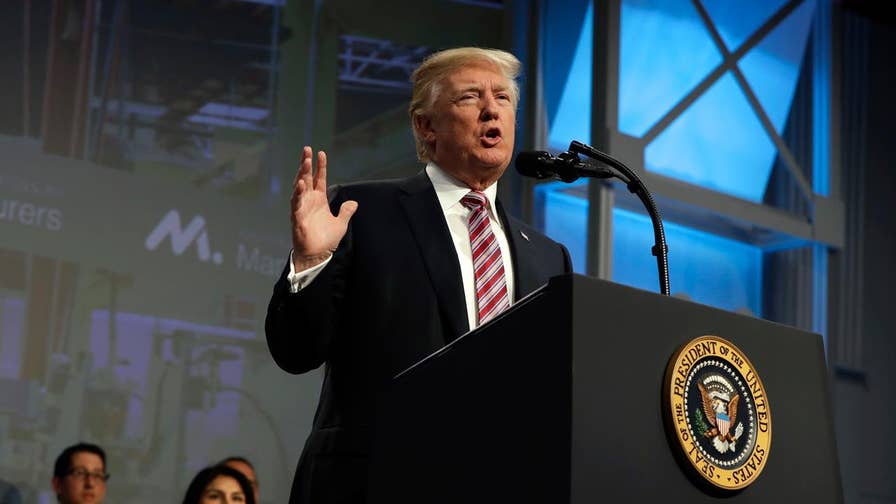 Obama-era CIA Director John Brennan all but endorsed impeachment when he tweeted that "Donald Trump's press conference performance in Helsinki rises to & exceeds the threshold of 'high crimes & misdemeanors'" and was "nothing short of treasonous."
Ron Fein, with Free Speech for People, wrote in The Washington Post that while Trump's conduct might not rise to the level of treason, "it might still be impeachment-worthy regardless."
In perhaps the most dramatic sign that the impeachment fight may go mainstream, Texas Rep. Beto O’Rourke -- he is running to unseat GOP Sen. Ted Cruz in November in the deep-red, pro-Trump state -- has both advocated impeaching Trump and downplayed the Democratic consequences of such an effort.
“Impeachment, much like an indictment, shows that there is enough there for the case to proceed,” O’Rourke said this week, “and at this point there is certainly enough there for the case to proceed.”
Trump and his team have sought to manage and clean up after the Russia summit controversy. Trump sparked the biggest backlash for seeming to suggest he had accepted Putin's denial of U.S. election meddling. But he later said he backed the U.S. intelligence community's conclusions, insisting he'd misspoken during a joint press conference with the Russian leader.

For her part, House Minority Leader Nancy Pelosi said that the Helsinki summit would increase calls for impeachment “perhaps in the country" -- but added that in Congress, "we want to stay focused on honoring our oath of office to protect and defend the Constitution and our country."
DEM FURY OVER TRUMP SUMMIT THREATENS TO EXPOSE PARTY DIVISIONS
The momentum in some quarters suggests, though, that trying to remove Trump from office is no longer an effort relegated to the far-left fringes of the party.
Rep. Maxine Waters, D-Calif., for example, has long advocated for Trump's impeachment, telling the California Democratic Party’s annual convention in San Diego in Februrary that "it's time to get ready for impeachment."
Waters, who came under fire last month for openly advocating that anti-Trump protesters confront administration officials in public, had struggled to take the impeachment talk mainstream.
However, there are signs that the impeachment litmus test -- like the ICE wedge before it -- might ultimately falter, as fractures in the party prevent a unified and effective front from forming. 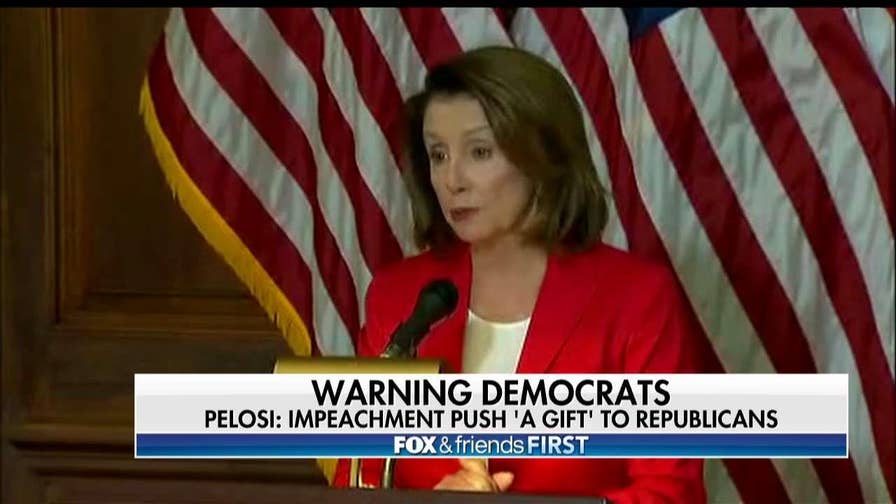 Rep. Linda Sánchez, D-Calif., vice chairperson of the House Democratic Caucus, warned that discussing impeachment is still premature.
"We don't know all the facts yet," Sanchez told Politico this week. "And until the time that we do, we can't make a decision on whether or not impeachment is warranted."
Freshman Rep. Jacky Rosen, who is seeking Republican Dean Heller's seat in the Senate in November, has treaded carefully on the subject, saying she wants to see where Special Counsel Robert Mueller's investigation of Russian political meddling ends up.
Rosen issued a statement after the Helsinki summit calling Trump's performance "embarrassing" but stopping short of calling for his removal.
In what could be a replay of the "abolish ICE" battle, Republicans have already shown a willingness to use that kind of measured, "wait-and-see" approach against Democrats who buck firebrands' calls for more decisive action.
“Being afraid of losing an election is no excuse for Jacky Rosen to hide where she stands on impeachment,” Heller campaign spokesman Keith Schipper said in a statement last month, pre-summit. “If she supports impeaching President Trump, she needs to say it."
Fox News' Chad Pergram contributed to this report.
Source>http://www.foxnews.com/politics/2018/07/19/trump-impeachment-push-emerges-as-next-dem-litmus-test.html
Posted by theodore miraldi at 6:08 PM