20 SHOT in Chicago: No ARRESTS

The Sad Truth...we only see these levels of Violence in Minority Communities. What has the Left done to help? From the looks of things...nothing.
...tmiraldi 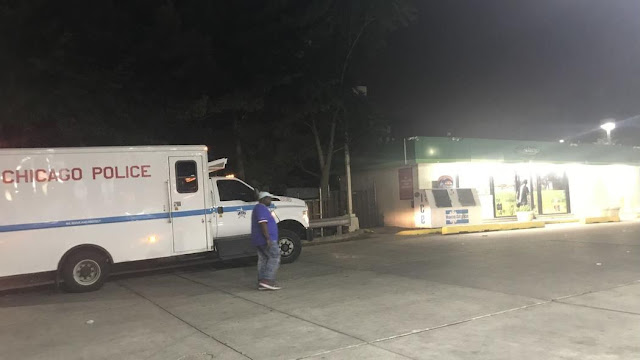 The two cousins had planned to settle in for a night of playing video games, but first, the boys, 15 and 17, wanted to walk to the nearby gas station for something to eat.
“Probably junk food,” said Genice Hines, the mother of the 15-year-old, with an eye roll and a smile.
It felt like a normal Friday night, until Hines received a call as she left work. Her son and nephew, two close friends, had been shot.
The boys were standing on the sidewalk in the 1300 block of South Independence Boulevard in the West Side’s Lawndale neighborhood when they heard gunfire, police said. They were about a block from the gas station at Roosevelt Road and Independence.

The 15-year-old was grazed in the head, and the 17-year-old was shot in the abdomen. They took themselves to Mount Sinai Hospital where they were both in good condition.
“Chicago is a scary place to be,” Hines said. “Even I’m scared to walk to the corner store.”
The boys were among 20 people shot Friday and early Saturday, one of them fatally. Three other juveniles were wounded in attacks in the city, including a 12-year-old girl.
The shootings come as the department adds 600 officers to patrol the streets this weekend in the districts most affected by gun violence following the city’s most violent weekend in more than two years.

At least 74 people were shot last weekend between 3 p.m. Friday and 6 a.m. Monday, 12 of them fatally.
The homicide happened around 8:10 a.m. Friday when an 18-year-old man was found in an alley with a gunshot wound to his head in the 2900 block of West Pershing Road in the Brighton Park neighborhood on the Southwest Side, authorities said.
The man, identified as Dylan Zavala, of the 1600 block of South Washtenaw Avenue, was taken to Mount Sinai Hospital where he was pronounced dead at 8:50 a.m.
In other shootings:
No arrests have been made.
Source>http://www.chicagotribune.com/news/local/breaking/ct-met-chicago-violence20180810-story.html#
Posted by theodore miraldi at 4:30 PM