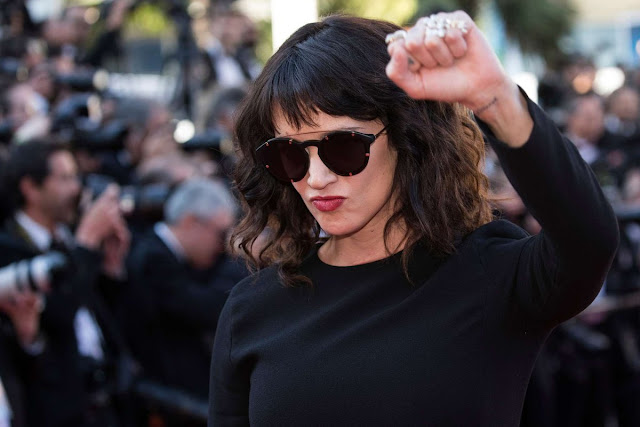 Rose McGowan said Monday she was heartbroken after a bombshell report revealed Asia Argento agreed to pay $380,000 to an actor who accused her of sexually assaulting him when he was 17 years old.
“I got to know Asia Argento ten months ago,” McGowan wrote in a tweet. “Our commonality is the shared pain of being assaulted by Harvey Weinstein. My heart is broken. I will continue my work on behalf of victims everywhere.”

I got to know Asia Argento ten months ago. Our commonality is the shared pain of being assaulted by Harvey Weinstein. My heart is broken. I will continue my work on behalf of victims everywhere.

Twitter Ads info and privacy
Argento, one of the first prominent women to accuse disgraced movie mogul Harvey Weinstein of sexual assault, claimed the assault took place in a California hotel room in 2013, The New York Times reported. The age of consent in California is 18.
Neither Argento's representatives nor the actor's attorney immediately responded to Fox News' request for comment.

A bombshell report claimed Asia Argento paid off her own sexual assault accuser.  (Invision)
The newspaper obtained documents sent between lawyers for Argento and the accuser that laid out a payment schedule. The paper also obtained a photograph dated May 9, 2013 that showed the two lying in a bed together.
On that date, according to a notice of intent to sue document sent to Argento's then-lawyer in November, Argento met the actor at the Ritz-Carlton hotel in Marina del Rey, Calif. After giving him alcohol, Argento kissed him and performed oral sex on him before the two had sexual intercourse, the report said.
The notice of intent asked for $3.5 million in damages. The Times reported that the final agreement was reached in April of this year.
Source>http://www.foxnews.com/entertainment/2018/08/20/rose-mcgowan-heartbroken-over-report-asia-argento-made-deal-to-pay-her-own-sexual-assault-accuser.html

Posted by theodore miraldi at 8:27 AM