In Case You FORGOT! Congress Paid MILLIONS In HUSH Money to Protect POLITICIANS 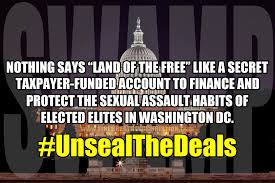 Posted by theodore miraldi at 8:20 AM