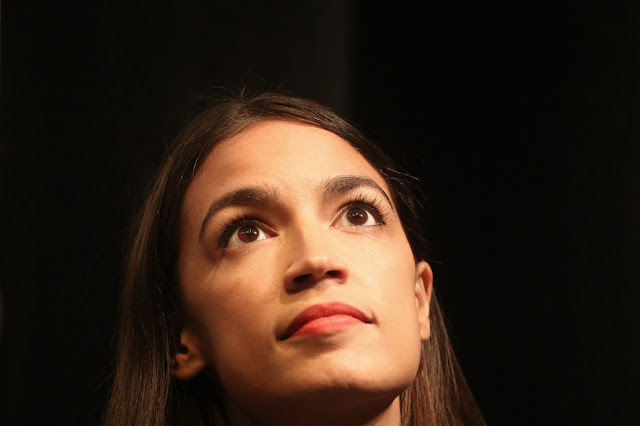 
In the crazy, topsy-turvy year of 2018, socialism is somehow on the rise in America. To those of us unfortunate enough to have been born in the Soviet Union, this is troubling.
The new socialists say it’s different this time. They have a new name and everything: “Democratic Socialism.”
Don’t buy it: It’s still based on the same old, failed redistributionist tenets as the old kind — the kind that gave rise to devastating failure in my family homeland.
The second-most famous Democratic Socialist in America right now, after kingmaker Democratic Socialist Bernie Sanders, is New York City congressional candidate Alexandria Ocasio-Cortez. The newcomer does her best to explain the snake oil: It’s “the basic belief” that “in a moral and wealthy America . . . no person should be too poor to live in this country.”
Note the word “wealthy.” How exactly does she think the US got that way? It certainly wasn’t because of socialistic transfers from wealth-producers to wealth-consumers. In fact, whatever funds are shifted are available only because some Americans are motivated to produce wealth in the first place.
Alas, all that escapes those pushing an economic system that has yet to work anywhere.
Sure, Democratic Socialists take pains to disassociate themselves from the Soviet failure. The Young Democratic Socialists of America Web site devotes a whole section to why the Soviet Union’s collapse doesn’t discredit their economic model. Yet their ideas just aren’t much different from those that formed the basis for that failed state: “from each according his ability to each according to his needs.”
The YDSA Web site even admits that some industries will have to come under government control: “While the large concentrations of capital in industries such as energy and steel may necessitate some form of state ownership, many consumer-goods industries might be best run as cooperatives.”
I happen to know a little something about the transfer of private industry to government control. My grandmother’s father had his bakery seized in the Soviet city of Gomel. He was sent to a gulag, where he then died.
Oh, that’s crazy, Democratic Socialists would respond. No one is planning to seize bakeries. And no one will be sent to prison for owning a business.
No? What if those who own companies in industries that “necessitate some form of state ownership” don’t want to give them up willingly? What happens when the state runs out of money from the industries seized and needs more?
It’s baffling how we can still be considering centralized control of industries when that has never worked anywhere. And how socialism lovers so easily dismiss the underlying foundation in countries that have veered toward some form of that system: capitalism. Countries such as Norway, for example, are helped by a large abundance of natural resources and an essentially capitalist system supporting the welfare state.
On the other hand, nations where socialism continues to wreak havoc and spur poverty, disease and crime, like Venezuela, don’t have much support from capitalism. Fact is, “socialism” only works when it’s paid for by capitalism.
In a 1995 piece on why socialism fails, Mark J. Perry, a professor of economics and finance at the University of Michigan quoted a Marxist explaining why socialism keeps failing. “The perfect version of socialism would work; it is just the imperfect socialism that doesn’t work. Marxists like to compare a theoretically perfect version of socialism with practical, imperfect capitalism which allows them to claim that socialism is superior to capitalism.”
The Democratic Socialists continue this tradition by denying that the “bureaucratic elites” in the Soviet Union were socialists. Yet the idea that the USSR did not attempt its own form of socialism is a canard — much like the notion that the United States is purely capitalist: Remember, here we have subsidies, tax credits, transfers, welfare and bailouts for companies we consider too big to fail. Somehow, our imperfect capitalism defeats all versions of socialism every time.
In the fall of 1959, Nikita Khrushchev gave a series of speeches here. In one, he said, “We are catching up with you in economic progress, and the time is not far distant when we will move into the lead.” In Russia, that prompted folks to joke: “When we finally catch up to America, can I get off?”
That Democrats and millennials seem to have no idea about the horrors inflicted on the masses in countries like the Soviet Union and want to go in that direction is scary indeed. Let’s just hope the majority of Americans reject that idea. There won’t be anywhere to get off to if we don’t.
Source>https://nypost.com/2018/08/05/sorry-democratic-socialists-youre-still-pushing-poison/
Posted by theodore miraldi at 6:35 AM