Thanks Obama, RUSSIANS are Now PATROLLING the Golan Heights 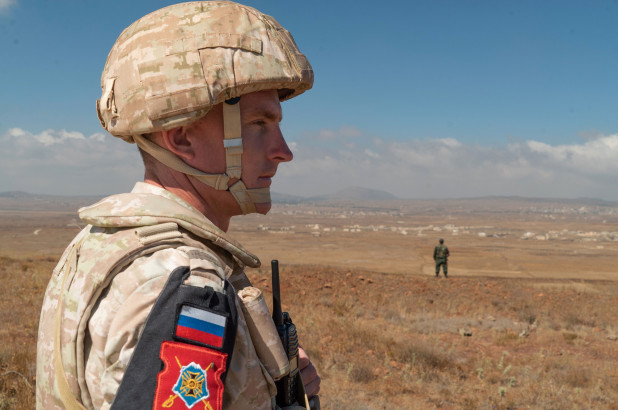 
Vladimir Putin’s troops are now patrolling the Golan Heights — and it’s actually the least-bad solution.
It’s the best available way to keep Iranian forces away from Israel’s border with Syria. But it also hinders Jerusalem’s ability to strike at those forces (and at various jihadis and others roaming the region) if necessary.
The Iranians and the Russians filled the vacuum left after the Obama administration pulled US troops out of Iraq and refused to send help to the rebels fighting against Syrian dictator Bashar al-Assad.
Assad now looks likely to hold on, but as an Iranian puppet, with Putin gleefully playing Mideast power broker. Israel has no choice but to deal with Moscow to keep Tehran away.
The Nobel folks should look at rescinding former President Barack Obama’s Peace Prize.
Source>https://nypost.com/2018/08/19/russians-are-now-patrolling-the-golan-heights-and-you-can-thank-barack-obama/
Posted by theodore miraldi at 7:25 AM