These Are the REAL Scandals PLAGUING Our Country 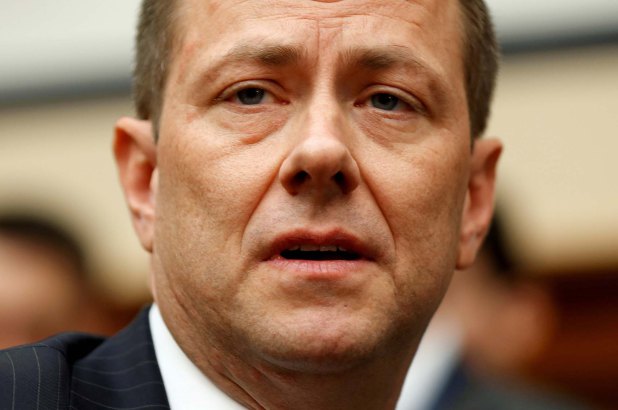 
Not so long ago, editors and reporters dreaded the dog days of August because news took a vacation. Now the news never stops.
The challenge today is to make sense of the gusher of apocalyptic-sounding eruptions, claims and predictions. Here’s my view of what’s happening to our country.
America is being scandalized by four enormous events that are happening simultaneously. By scandalized, I mean that people are shocked and outraged at what they regard as breaches of acceptable behavior or morality.
That wouldn’t be a problem if the vast majority were scandalized by the same things. That’s not the America we have. The vicious polarization stems from the fact that the country is split almost exactly in half over what people are outraged about.
The first scandalizing event is Donald Trump — his candidacy, his election and his presidency. And, on some days to some people, his existence.
They have a point — up to a point. Trump is unlike any president in history, taking the Oval Office after a notorious business career and personal life. And it’s not as if he folded into the mold once he got elected, though his policies are more conventional that his personality.
Hardly a day goes by when he does not say or do or tweet something that breaks new ground, and not always for the better. His feud with Sen. John McCain should have ended graciously with McCain’s passing.
Still, Trump won the election fairly and the economy is booming, yet too many Americans can’t accept those truths. Their attempts to bring him down define the three other scandalizing events.
First is the conduct of the mainstream media, which has abandoned all standards of fairness and continues to embarrass itself with overt bias against the president.
For the latest example, look at how CNN is supporting one of its anti-Trump stories even though its source, lawyer Lanny Davis, says he gave the network wrong information. So the world knows the story is wrong, but CNN won’t admit it.
Instead of making Trump look good, CNN would rather make itself look bad and confirm Trump’s assertion that it promotes fake news. How crazy is that?
Although Strzok and leaders of the FBI were fired or demoted based on misconduct, the current director, Christopher Wray, continues to act as if the events of 2016 and 2017 are mere reputational dents.Another scandalizing event is the behavior of some federal agencies. The Justice Department, the FBI and the CIA took liberties that were morally offensive, and possibly illegal, because they didn’t want Trump to be president. Some individuals, like former top FBI agent Peter Strzok, were dumb enough to put it in writing — on government computers!
That, in turn, outrages Trump supporters and others, with the result that among half the country, the FBI remains untrustworthy. Wray either doesn’t get it or doesn’t care.
The fourth scandalizing event is the reaction of Democrats to Trump.
Led by Hillary Clinton, the party has thrashed about like wounded animals caught in a steel trap. The grief does not seem limited to three, five, seven or 10 stages. It’s endless.
Dems’ answers to his presidency can be divided into two: political assassination and political suicide.
The assassination group is putting all its chips on special counsel Robert Mueller. Their hope, their dream, their fantasy — their everything — is that Mueller will find collusion, obstruction or anything that will lead to impeachment and removal.
But with no evidence so far, many are betting that Stormy Daniels is the path to Trump’s destruction. Not likely, but it’s a free country.
Political suicide is the path other Dems are taking, as shown by their embrace of any shiny new thing, including socialism.
The leftward lurch got a jolt last June, when Alexandria Ocasio-Cortez, a 28-year-old former bartender, defeated incumbent Joe Crowley in a primary for a House seat in Queens.
Briefly, the idea felt unstoppable until cooler heads realized that 1, abolishing the agency would lead to border chaos and 2, border chaos would lead to a GOP rout in the midterms.In a flash, Ocasio-Cortez was the darling of the party, and some insiders declared she was its future. The movement toward things that not even Bernie Sanders endorsed surged when she called for abolishing the Immigration and Customs Enforcement police, known as ICE.
Besides, Ocasio-Cortez turned out to know next to nothing about many things. Her claim that unemployment was low “because everyone has two jobs” was a gift to comedians and Republicans.
So where to from here? In Sunday’s column, I predicted the coming months will be nasty but hoped that “people of good will on both sides remember that, in the end, we’re all still Americans.”
Some readers called me a Pollyanna, with Carole Campolo’s letter the most poignant. She writes: “We have always been taught, and many of us believed until now, that our frustrations with government can be adjudicated at the ballot box. This Mueller investigation and the actions by the deep state and media prove that to be a lie.
“With a nullification of our vote, some of ‘we the people’ know we have lost not only our voice, but our constitutional rights and probably our country.”

So it is with Mahmoud Abbas, who reportedly reacted to a possible cease-fire deal in Gaza between Israel and Hamas by warning, “over my dead body.”
Abbas is the leader of the Palestinian Authority, which controls the West Bank, and keeps demanding that Hamas cede Gaza to him as well. But their decade-long feud is almost as bitter as their differences with Israel, so Hamas turned to Egypt to broker a tentative pact with Israel.
Abbas’ reaction is unfortunately typical. The supposedly moderate successor to Yasser Arafat, Abbas is in the 13th year of a four-year elected term, with nothing to show for it.
Bitter and increasingly given to anti-Semitic outbursts, he seems determined to make sure that if he can’t make peace with Israel, nobody will.
Sadly, he may get his wish.

Wednesday night’s televised debate between Gov. Cuomo and challenger Cynthia Nixon is her last big chance to reshape the Democratic primary, but the candidates are also competing for the endorsement of The New York Times.
Backing from the Gray Lady would give Nixon credibility among liberal readers and allow her to have a shot in the Sept. 13 vote.
For Cuomo, a Times endorsement and re-election would give him hope that national Dems would see him as a valid 2020 candidate for president.
If Nixon performs well, I believe she will get the paper’s support. If she bombs, the Times will hold its nose and back Cuomo.
Source>https://nypost.com/2018/08/28/these-are-the-real-scandals-plaguing-our-country/
Posted by theodore miraldi at 7:32 AM