Feinstein: FORD Could Be A NO-SHOW

The top Democrat on the Senate Judiciary Committee acknowledged Tuesday she can’t guarantee the woman accusing Supreme Court nominee Judge Brett Kavanaugh of sexual assault will show up to testify at a looming hearing, as her attorneys raise concerns about the format.
Christine Blasey Ford’s attorney Michael Bromwich specifically complained about Republicans hiring outside counsel to question his client during the public hearing set for Thursday morning. In a late Monday letter to the committee, Bromwich requested the prosecutor’s resume “immediately” and asked to meet with the lawyer.
Sources told Fox News that committee Republicans hired a female prosecutor who specializes in sex crimes in preparation to hear Ford’s testimony -- though it remains unclear whether she would lead the committee’s questioning. The planning, though, prompted the letter of concern from Bromwich, once again throwing into doubt whether the hearing will go forward.
As of Tuesday afternoon, a Republican aide told Fox News the committee reserves its right to have counsel ask questions of Ford but beyond that has not determined how to proceed. 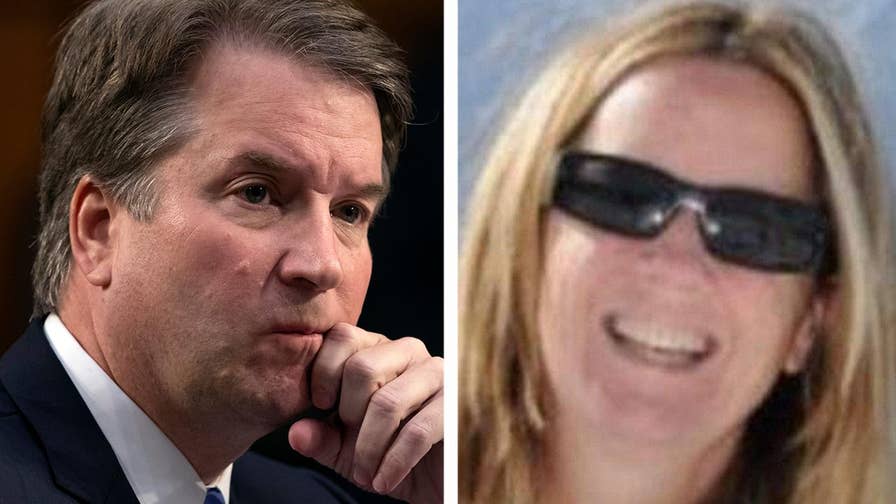 Committee Ranking Member Dianne Feinstein, D-Calif., meanwhile, could not guarantee Ford would attend if the prosecutor were to lead questioning on behalf of Republican members.
“I have no way of knowing,” Feinstein told Fox News.
In his letter, Bromwich took issue both with plans for the outside counsel as well as fiery comments made by Senate Majority Leader Mitch McConnell, R-Ky., accusing Democrats of a “smear campaign.”
“We are finding it difficult to reconcile your letter and [staff member Mike Davis'] note with the Majority Leader’s speech this afternoon on the Senate floor,” wrote Bromwich.
“You said in your letter that you intend to provide a ‘fair and credible’ process ... Yet earlier today, the Majority Leader dismissed Dr. Ford’s experience as a ‘smear campaign,’ claiming mistakenly that the witnesses’ statements to the Committee constitute ‘a complete lack of evidence,’ implying that there has been a thorough investigation,” the letter read.
Bromwich then raised concerns with an email from Davis that apparently suggested an outside counsel would question Ford.
“This hearing plan that Mr. Davis described does not appear designed to provide Dr. Blasey Ford with fair and respectful treatment,” Bromwich wrote. “In our view, the hiring of an unnamed ‘experienced sex crimes prosecutor,’ as Mr. Davis described in his email, is contrary to the Majority’s repeated emphasis on the need for the Senate and this Committee’s members to fulfill their constitutional obligations.”
He added: “It is also inconsistent with your stated wish to avoid a ‘circus,’ as well as Dr. Blasey Ford’s requests through counsel that senators conduct the questioning. This is not a criminal trial for which the involvement of an experienced sex crimes prosecutor would be appropriate.”
At this point, the female prosecutor’s identity has not been revealed.
Bromwich’s letter is the latest twist in the tumultuous talks between the committee and Ford. Her story first emerged in the media, though was relayed over the summer to Feinstein, who has since faced GOP criticism for sitting on the accusations citing Ford's initial desire for confidentiality.
Ford accused Kavanaugh of covering her mouth and trying to remove her clothing at a party in the early 1980s, when both were in high school.
The committee has offered for Ford to share her testimony in public or private, or over the phone. She and her team previously accepted an invitation to testify Thursday.
Meanwhile, Senate Democratic Leader Chuck Schumer, D-N.Y., called on McConnell to apologize for describing the accusations against Kavanaugh as part of a “smear campaign” by Democrats.
McConnell on Tuesday expressed his confidence that Kavanaugh will be confirmed to the high court.
“Our goal is to have a respectful hearing,” McConnell said. “It’s not uncommon to have outside counsel to do questioning for this type of hearing. Once the hearing is done, we plan to move forward in the very near future.”
McConnell added that “everyone understands there is a presumption of innocence,” and that “we should go into these hearings with a presumption of innocence.”
“I am confident we are going to win and he will be confirmed in the near future,” McConnell said. “I believe he will be confirmed.” 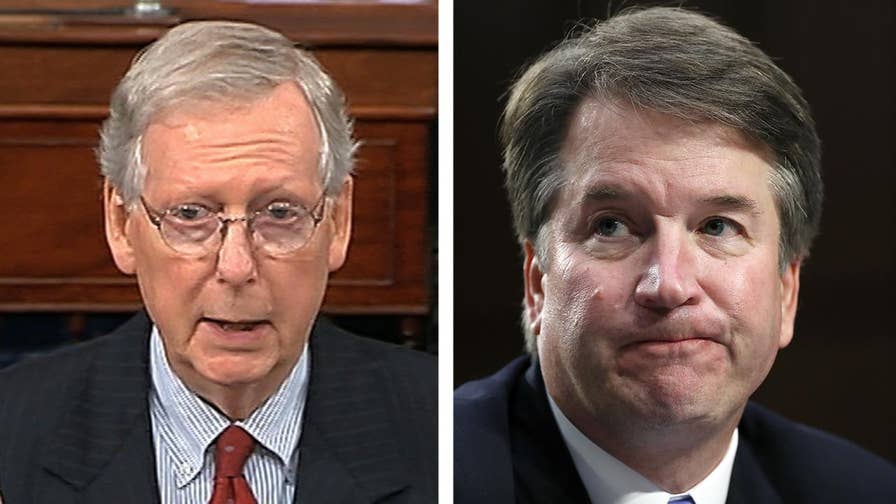 Kavanaugh has denied Ford's allegation, as well as that of another woman who alleges he exposed himself to her while at Yale University.
"What I know is the truth, and the truth is I've never sexually assaulted anyone," Kavanaugh told Fox News' Martha MacCallum in an exclusive interview on Monday.
Kavanaugh also told MacCallum that he would not withdraw his name from consideration over the allegations.
"I want a fair process where I can defend my integrity, and I know I'm telling the truth," the judge said. "I know my lifelong record and I'm not going to let false accusations drive me out of this process. I have faith in God and I have faith in the fairness of the American people."
Fox News' Peter Doocy, Mike Emanuel and Samuel Chamberlain contributed to this report.
Source>http://www.foxnews.com/politics/2018/09/25/feinstein-can-t-guarantee-kavanaugh-accuser-shows-as-ford-bristles-over-role-female-attorney.html
Posted by theodore miraldi at 4:45 PM