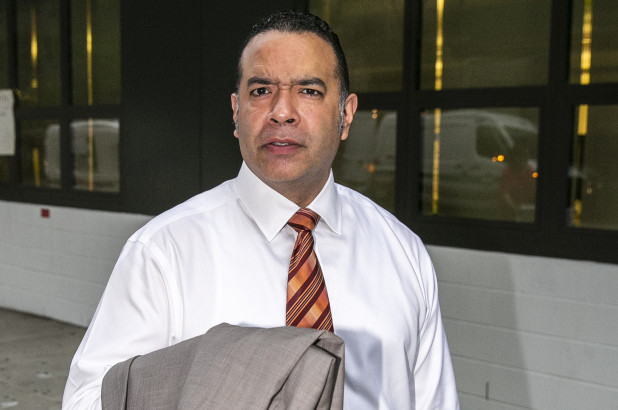 A Hispanic principal is systematically booting white, Jewish and older teachers from his Midtown high school, current and former staffers allege in lawsuits.
“I think he hates us,’’ Peter Cohn, a former teacher at the HS of Art and Design, said of the school’s principal, Manuel Ureña.
A Manhattan federal suit filed by teacher Todd Young claims Ureña, who is of Dominican heritage, initiated a mass faculty replacement at the school after being appointed principal in 2016.
Young’s suit accuses Ureña of trumping up disciplinary and performance complaints against teachers to clear them out.
“Since Principal Ureña has arrived at the school, he has targeted several Jewish teachers,” the suit says, naming Young and another teacher, Maya Zabar, as targets.
Ureña also “targeted many Caucasian teachers at the school and overwhelmingly hired Hispanic teachers to replace Caucasian teachers.”
In a separate federal case against Ureña, Zabar says the principal failed to provide Jewish teachers time off for Yom Kippur and gave them unjustifiably poor ratings.
Cohn, now retired, said Ureña created an atmosphere of fear.
“Morale is just incredibly low there,” he said, adding that complaints to the teachers union went nowhere.
“You walked around with a target on your back.”
In another federal suit, Gregory Agosto, a former teachers-union chapter leader at the school, accuses Ureña of trampling teachers’ rights and tarring him with poor ratings.
But a school source said that staffers are happy with Ureña and that he’s an effective leader. A PTA source said he is a popular principal and dismissed the suits as meritless claims by disgruntled staffers.
Department of Education spokesman Douglas Cohen said the agency was taking the allegations seriously. City Law Department rep Nick Paolucci said it was “actively litigating” the cases.
Ureña declined to comment, as did the United Federation of Teachers union.
Source>https://nypost.com/2018/09/10/hispanic-principal-trying-to-rid-school-of-jewish-teachers-suit/
Posted by theodore miraldi at 8:49 AM