Kavanaugh To Be INVESTIGATED In Maryland

Authorities in Maryland on Friday said they were prepared to conduct a state-level criminal investigation into sexual assault allegations against Judge Brett Kavanaugh -- provided that a victim comes forward.
The disclosure by Montgomery County Police Chief J. Thomas Manger and Montgomery County State’s Attorney John McCarthy came Friday, the same day that President Trump ordered the FBI to conduct a limited "supplemental" investigation.
But Manger and McCarthy noted that prosecution was unlikely in Maryland because authorities would have to apply the law that existed at the time of the offense, not the law that exists now, Baltimore's FOX 45 News reported.

Twitter Ads info and privacy
“For example, in 1982, assault and attempted rape were both misdemeanors and subject to a one-year statute of limitations,” they wrote.
But they added: “The Montgomery County Police Department and the Montgomery County State’s Attorney’s Office stand ready to investigate any sexual assault allegation from any victim where the incident occurred in our jurisdiction.”

The following letter from Montgomery County Chief of Police, J. Thomas Manger and State's Attorney John McCarthy was sent to Democratic Caucus Chair Delegate Ariana B. Kelly, in response to the Montgo
mymcpnews.com

Twitter Ads info and privacy
They said a victim would have to file a complaint to trigger an inquiry, the Baltimore Sun reported.
“To date, there have been no criminal reports filed with the Montgomery County Department of Police that would lead to the initiation of any criminal investigation related to Judge Kavanaugh,” they wrote.

“To date, there have been no criminal reports filed with the Montgomery County Department of Police that would lead to the initiation of any criminal investigation related to Judge Kavanaugh.”
- Joint statement by Montgomery County (Md.) Police and the State’s Attorney’s Office

Earlier this week, a group of Maryland lawmakers, all Democrats, called for the state to conduct its own criminal investigation into decades-old sexual assault allegations against Kavanaugh, Trump's pick to fill the U.S. Supreme Court seat vacated by the retired Associate Justice Anthony Kennedy.
In their letter Tuesday, the Democrats said they were writing to “express our concern about the need for an investigation into recent high-profile allegations of sex assault in our county. ... We believe local law enforcement has the authority to investigate allegations of crimes without need for a formal complaint, and we further believe third parties have standing to bring such complaints.” 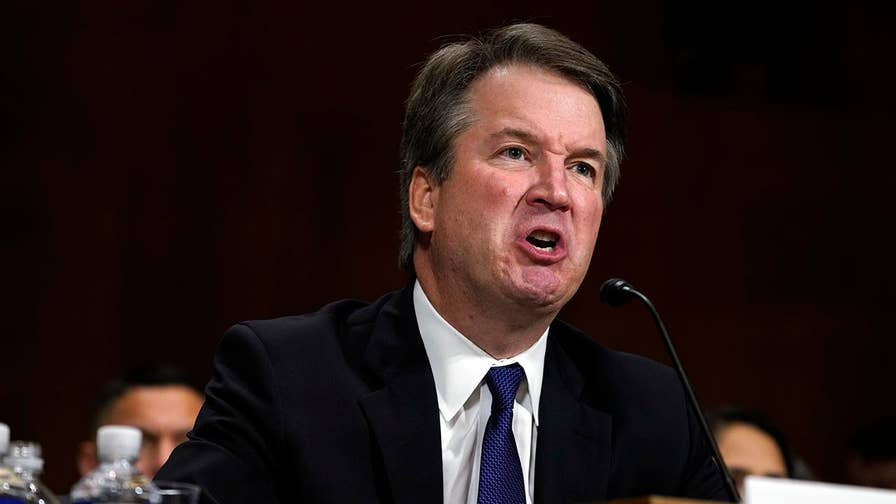 Kavanaugh was accused by Christine Blasey Ford of sexually assaulting her at a party in Montgomery County in the early 1980s.
Kavanaugh and Ford both testified at a Senate hearing Thursday where he denied the allegations. He faces multiple allegations of sexual misconduct while in high school.
Trump and Republicans have repeatedly backed Kavanaugh and blame Democrats for working to destroy a “wonderful man.”
Source>http://www.foxnews.com/politics/2018/09/29/maryland-authorities-say-theyll-investigate-kavanaugh-if-victim-files-complaint.html
Posted by theodore miraldi at 8:15 AM