NYC Schools to Give PRIORITY to BLACK and HISPANIC Kids

This is a Simple Minded proposal by Simple Minds. Instead of insisting on children get a great education no matter where they live, the minorities care more about disrupting the few schools that actually teach. The question of education should always focus on the 3R's. Not whether kids that go to school to learn should be punished. This is the Genocide of Education in NYC. This is an administration that
prefers to have all of the children fall behind and not just those who attend school to be Baby-Sat.
School is for Learning, not Promoting Social Issues.
...tmiraldi 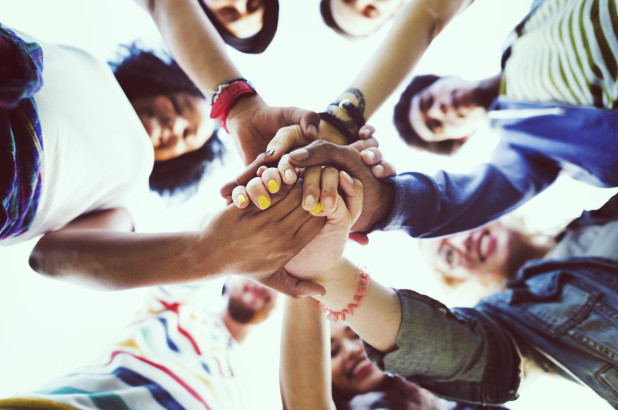 
A diversity drive is spreading across the city as 78 schools in 14 of the city’s 32 community districts now boast plans that will give admission priority to predominantly black and Hispanic kids — and more schools will soon follow, a Post analysis found.
The patchwork of plans, while still limited in scope — the city has 1,800 schools — amounts to the biggest de-segregation movement in Big Apple schools since the late-1950s Civil Rights era, when there was an abortive program to bus black kids from Bedford-Stuyvesant and East Harlem to white areas in Queens, a top scholar said.
A landmark 2014 UCLA study found NYC public schools the nation’s most racially segregated, with black and Latino students concentrated in public schools with less than 10 percent white enrollment.“I cannot think of any other time where there have been such efforts to try to alter the racial or ethnic makeup of New York City schools,” said Stephan Brumberg, a professor emeritus of education history at Brooklyn College and the CUNY Graduate Center.
Citywide, the current racial breakdown of NYC’s public-school students is 41 percent Hispanic, 26 percent black, 16 percent Asian, 15 percent white, and 2 percent “mixed.”
Last year, 49 schools were on board the city Department of Education’s “Diversity in Admissions” pilot initiative, offering a variety of pre-K to high-school seats to English-language learners and kids from low-income families, in the child-welfare system, or with parents in jail.
The DOE could not say Friday how last year’s offers affected enrollment in the school year that starts Wednesday, saying the data won’t be finalized until fall.
This year, another 29 schools have joined the initiative, with admission policies affecting kids entering schools in 2019-20.
New schools Chancellor Richard Carranza has embraced diversity efforts more aggressively than Mayor de Blasio, who hired him.
Within two months on the job, Carranza green-lighted a controversial plan in District 3 on the Upper West Side to reserve 25 percent of seats in 16 middle schools for low-income students with low test scores and grades. Carranza fueled the fire when he retweeted a news headline that blasted “white, wealthy parents” who were angry that their kids might be shut out of the best schools.
Carranza is now poised to approve a far more ambitious plan that has divided parents in Brooklyn’s District 15, including affluent neighborhoods like Park Slope. It will eliminate all academic-based admission criteria at 16 middle schools — and reserve 52 percent of seats for low-income, English-learning and homeless applicants.
Some Park Slope parents have told The Post the schools should keep some admission criteria, but fear speaking up lest they be painted as a “racist from 1950s Alabama,” as one mom put it.
Other parents have pushed for the plan. Lauren Gropp Lowry, a white stay-at-home mom with a second grader at high-performing PS 321, said the current system lets schools cherry-pick kids.
“It’s further sorting and segregating our children in a city that’s too segregated,” she said. “The highest performers end up at just a few schools, and that breeds a sense of entitlement in children and parents. But the highest-performing students are not always the hardest working.”
In a statement to The Post, Carranza said, “I’m encouraged to see more school communities across the city working to reduce barriers and integrate schools. As we move forward, we’ll need a combination of top-down and bottom-up approaches to increase access, and have more diverse schools that deliver equity and excellence for all students.”
The Center for New York City Affairs, which plans to release a detailed study on the diversity plans this month, has spotted flops as well as successes.
“Many schools are meeting their goals, some have barely moved the needle, and some are going in the opposite direction,” said Nicole Mader, senior research fellow at The New School think tank.
For instance, District 1’s East Side Community School in the East Village, which serves grades 6-12, agreed last year to offer 62 percent of its seats to low-income kids entering 6th grade. It exceeded that goal, enrolling 63 percent. But it actually slid from the prior year, 2016-17, when 65 percent of its students were low-income.
“They’ve gone down, but still met their goal,” Mader said.
In another odd case, the grade 9-12 Williamsburg Preparatory School, in District 14, volunteered to offer “up to 62 percent” of freshmen seats to low-income students in 2018-19. But in 2017-18 the school already had 86 percent low-income students.
Among successes, Brooklyn Arts and Science Elementary School in Crown Heights, in District 17, had 7 percent of Kindergarten students learning to speak English in 2015-16. It set a goal to admit 20 percent the next year. It fell short, but still doubled English-learners to 15 percent.
Overall, Mader said the burgeoning diversity push has potential, but at the current scale and with glitches, “it won’t have much of an impact on the city’s segregation crisis.”
None of the current diversity plans call for racial quotas in light of a 2007 US Supreme Court ruling that struck down Seattle’s use of race in admissions. The targeted NYC kids, however, are mostly minority.
The New School researchers warn that the DOE plans don’t do much to encourage middle-income families to switch from popular schools to higher-poverty schools.
“Based on the way more privileged families exert choice, they may not want to be pushed into a school they deem undesirable,” Mader said.
Brumberg, the professor, agreed. But while upper-income parents might opt for private schools, families that can’t afford the pricey tuitions may wind up fleeing the city.
“This could be the straw that will break their back, and they will simply leave,” he said.
Source>https://nypost.com/2018/09/02/nyc-schools-to-give-priority-to-predominantly-black-and-hispanic-kids/
Posted by theodore miraldi at 7:12 PM